Backstabbing. Spotlight-Grabbing. Secret-Blabbing. A Cheerleader’s Life (And Death) Is All That. BRING IT ON: CHEER OR DIE Coming To SyFy

Brrr, it's cold in here. There must be a slasher in the atmosphere. 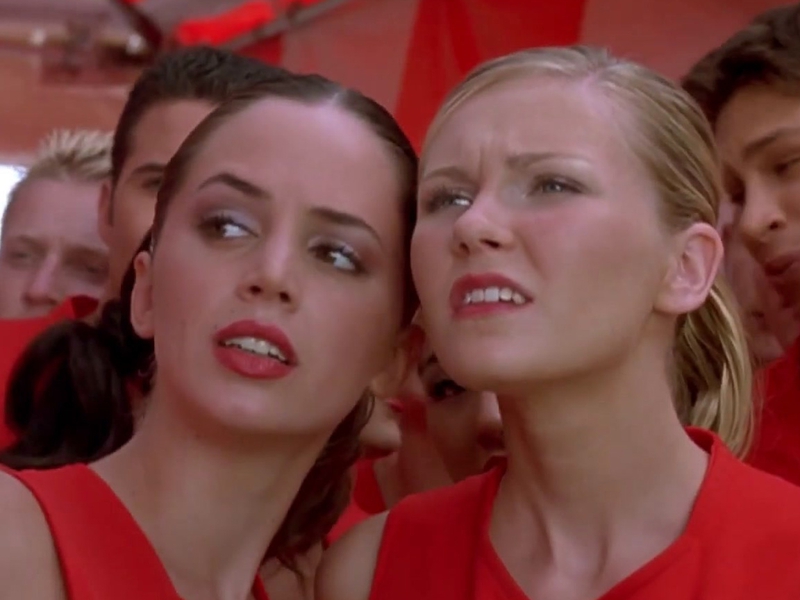 Our very own Colors of the Dark podcast co-host Rebekah McKendry (All the Creatures Were Stirring) and Dana Schwartz (“She-Hulk”) co-wrote a project we are incredibly excited for! From a story by Alyson Fouse (Bring It On: Fight to the Finish), Bring It On: Cheer or Die will be hitting SyFy in Fall 2022. Our friends over at Bloody Disgusting reported the project has wrapped and the story "follows a cheer squad as they practice their routines overnight in an abandoned school during Halloween weekend where one-by-one, the teens fall victim to a deranged assailant." The seventh installment in the Bring It On series will be directed by Karen Lam (SYFY’s “Ghost Wars” & “Van Helsing”), the first woman to direct a film in the history of the franchise. Glenn Ross, general manager and executive vice president, Universal 1440 Entertainment says this new installment is "a fresh take on the franchise’s historically comedic films, this next chapter showcases a multi-talented diverse cast and will entertain long-time Bring It On movie fans as well as open the doors to the legion of fans who enjoy thrillers.”

Earlier this year, SyFy gave us Danishka Esterhazy and Suzanne Keilly's take on the iconic Slumber Party Massacre along with the Chucky series (which was just renewed for a second season), proving to be a bit of a powerhouse when it comes to genre content. We can't wait to see this franchise take a turn into horror territory, this time putting "the horror in horrifying."

For more Rebekah McKendry, check out the Colors of the Dark podcast, and if you're in California grab tickets to a live recording of the show Saturday, December 18th @ Season's Screamings.