Beyond Fest's 50th Anniversary Screening Of A CLOCKWORK ORANGE: An Evening With Malcolm McDowell 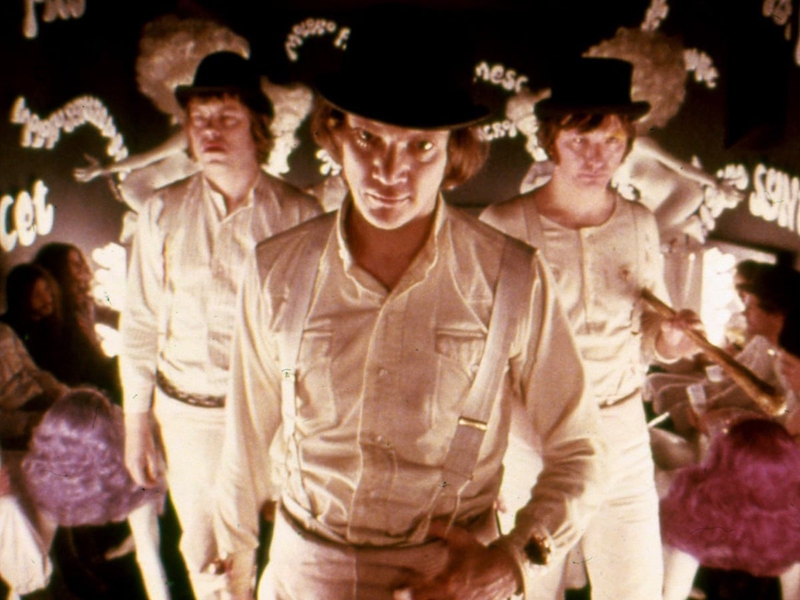 Welly, welly, welly, welly, well! Your most humble web editor and narrator attended the Beyond Fest 50th anniversary screening of A Clockwork Orange, restored in glorious 4k. Gorgeousity made flesh, brothers! The picture so clear and looming so large, new details emerged like easter eggs in an old favorite. For instance, in the newspapers announcing Alex's release, the print reads "Alex Burgess" rather than "Alex DeLarge." A nod to Clockwork author Anthony Burgess perhaps? This may be common knowledge, but I don't know that I've ever noticed it before seeing it projected on a screen, with the letters ten feet tall. The droogiest of droogs himself was in attendance, Malcolm McDowell introduced the show and stuck around for an extensive Q&A afterward with delightful antidotes about filming, working with Kubrick, and otherwise fascinating tales about life as McDowell. 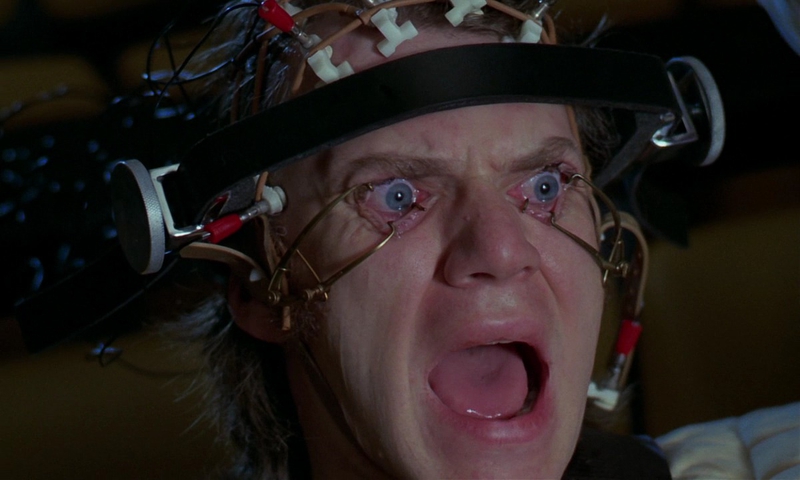 The iconic "treatment" scene, involving clamps attached to Alex's eyelids, forcing his eyes open, were administered by an actual doctor, but also kept falling off and apparently scratched McDowell's cornea. Call me crazy, but I had always assumed that must have been the most painful and potentially excruciating part of filming. Reader, I was wrong in that assumption. According to McDowell, the scene in which he is put on display as a "cured" and "good Christian", (you may know it as the boot-licking scene), the actor who had McDowell pinned to the ground with the heel of his shoe dug in in such a way that it bruised between the actor's ribs and caused a blood clot extensive and painful enough that a doctor had to go in with an obscenely long needle to break it apart.

In another scene post-"cure", Alex meets with his old droogs Dim and Georgie Boy, who dunk his head in a vat of water in a deserted countryside setting. The image on the giant screen made the breath of the trio pop, and for the first time, I wondered how cold it must have been while McDowell was having his head submerged at length. Not only that, I was stricken by how long he was underwater. It clearly wasn't a stunt double, Kubrick loves those long takes, and there is no cutaway between McDowell going into the tub face first and coming out. Does the man have wildly impressive lungs? McDowell revealed a little bit of movie magic; Kubrick put an oxygen tank in the tub of water, dumped in some sort of beef bouillon which made the water murky enough to hide the tank, (and also pretty repulsive for the actor who had to be submerged in it.) The way McDowell tells it is a hilarious physical comedy reenactment of trying to find the oxygen in the water, mouth gaping like a fish, searching for the mouthpiece. In the end, it worked, and he's submerged long enough that I was wondering what sort of emergency signal they had to yank him out should it be too much. 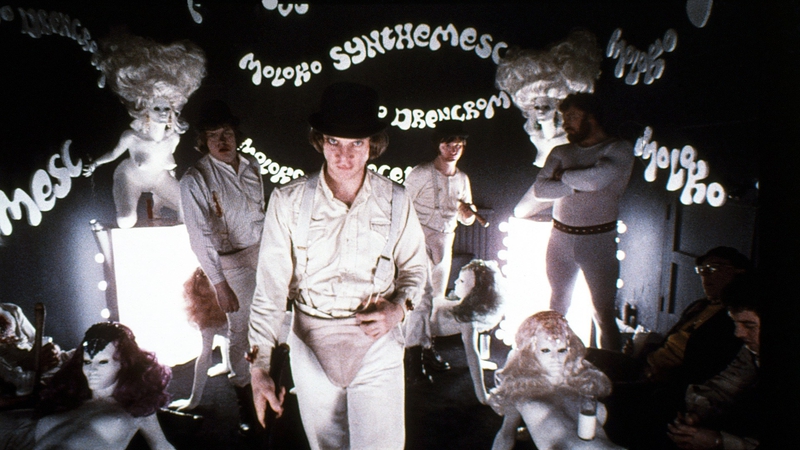 The sets are something to behold; according to McDowell, the only set built was the iconic Korova Milk Bar, where the droogs enjoy a tall glass of the 'ol Moloko Plus before heading out to partake in a bit of ultra-violence. The rest of the striking visuals were dressed and transformed to create the futuristic world of Alex and his droogs, with Kubric allegedly ordering truckloads of furniture from Harrods to redress until he found just the right look.

Some of the most iconic elements were a result of a collaboration between Kubrick and McDowell. Before filming, Kubrick reportedly asked McDowell what he thought about Alex's "look." McDowell didn't have an answer for this, which prompted Kubrick to ask, "Well, what have you got?" The cricket gear in McDowell's trunk was presented, and Kubrick instructed him to wear the codpiece. On the outside. And the signature eyelashes? McDowell saw "a yard of lash" at the store, thought it was wonderfully odd, and brought it to Kubrick as a strange gift. In a box of hats, McDowell pulled out a bowler as a sort of statement and a middle finger to what it typically was associated with. The iconic "Singing In The Rain" scene that ties the whole plot together in the end, tipping off one of Alex's former victims to his true identity, was also apparently thanks to an off-the-cuff moment when Kubrick asked McDowell whether he could dance. To which he replied, "Can I dance?" and broke into a soft shoe while belting out, "I'm singin' in the rain! Just singin' in the rain!" The rest is history.

You can viddy more Malcolm McDowell in the upcoming She Will. We'll also have a Convo X Fango from Fantastic Fest with McDowell, Alice Krige and She Will director Charlotte Colbert headed your way soon.