Answer The Door: A New KNOCK AT THE CABIN Poster Has Arrived 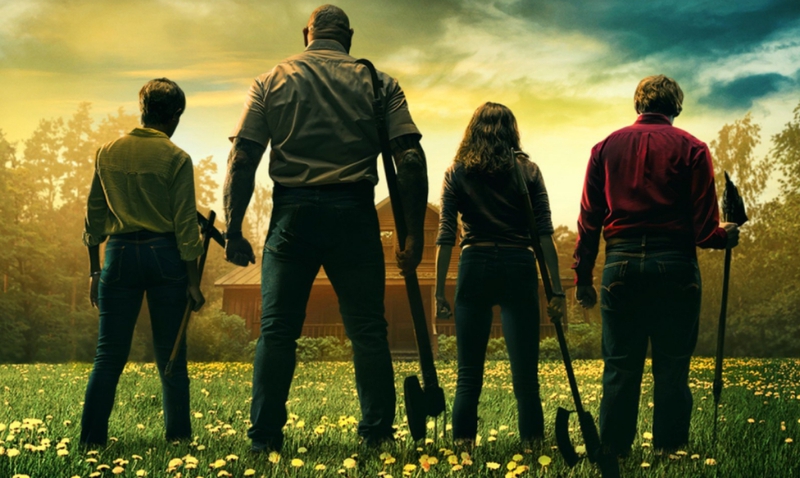 Ah, the week after Thanksgiving! Not traditionally a heavy horror news week, but it looks like the movie gods are smiling on us a little this morning: Universal just dropped a brand-new poster for M. Night Shyamalan's Knock at the Cabin, which hits theaters in early February. 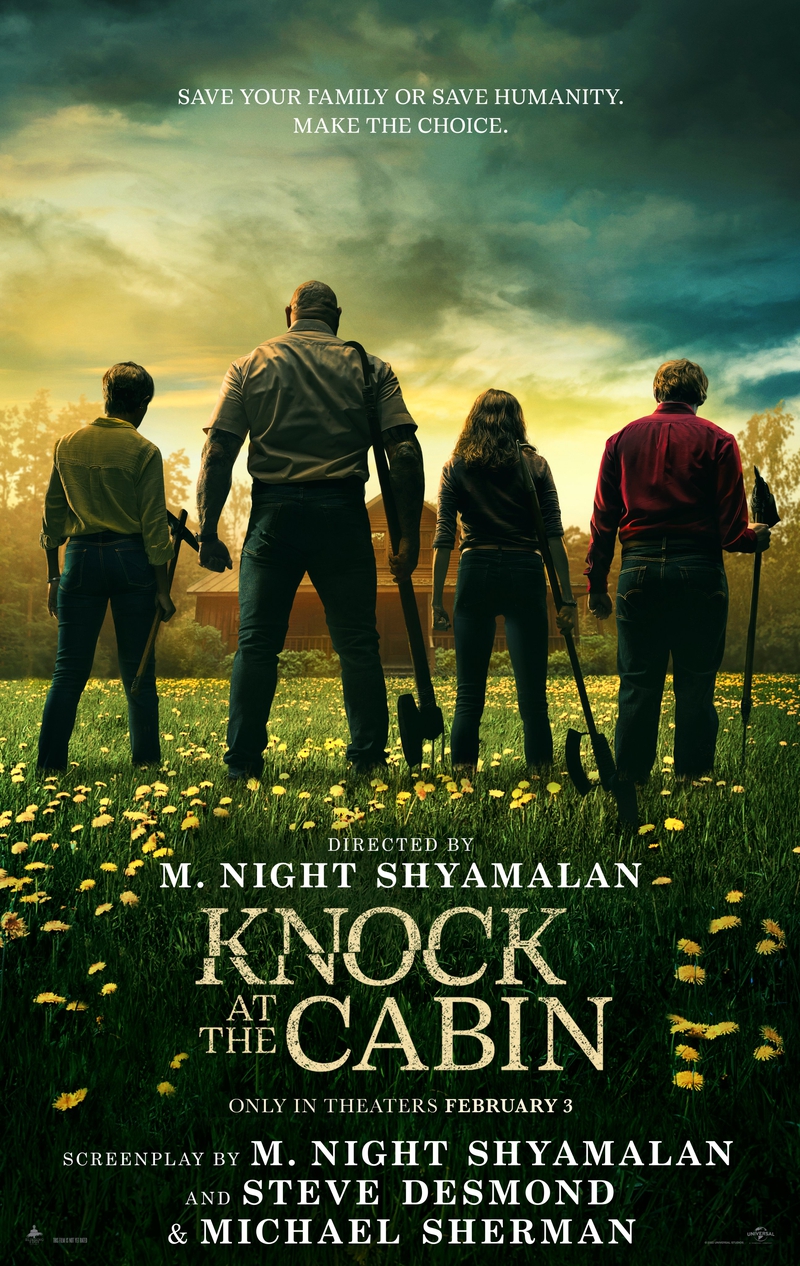 And here's an official synopsis to go along with that poster:

“While vacationing at a remote cabin, a young girl and her parents are taken hostage by four armed strangers who demand that the family make an unthinkable choice to avert the apocalypse. With limited access to the outside world, the family must decide what they believe before all is lost.”

So, those "four armed strangers" are the intimidating-looking crew pictured on today's poster. They are, indeed, heavily armed (frankly, we're surprised Dave Bautista's character isn't wielding an entire engine block on the end of an axe handle), and seem prepared to do whatever's necessary to save the world. The people inside the cabin? Probably less prepared. I mean, these folks were on vacation.

Knock at the Cabin's based on The Cabin at the End of the World, a very disturbing novel by the great Paul Tremblay, and stars Rupert Grint, Nikki Amuka-Bird, Ben Aldridge, Mindhunter's Jonathan Groff, and the aforementioned Dave Bautista. It'll hit theaters on February 3rd, and we're expecting it to deliver one very intense viewing experience.

Stay tuned for more on Knock at the Cabin as further updates become available.