The first two episodes of Season 1 will be released on October 2nd. 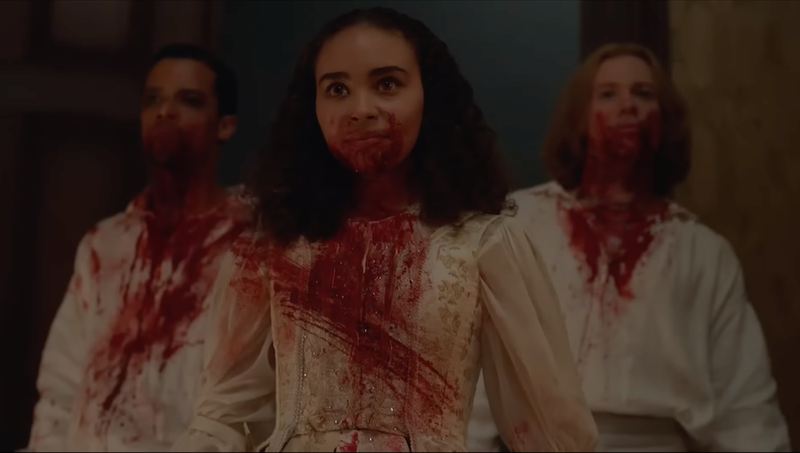 Jacob Anderson, Sam Reid and Bailey Bass star in Interview with the Vampire

Season One hasn’t even been released yet, but already AMC’s television adaptation of Anne Rice’s classic novel Interview with the Vampire has secured a renewal for Season Two, boding very well for the Gothic horror show.

The show, which has been created by Rolin Jones (The Exorcist), is the latest adaptation of the 1976 novel, and follows the vampire Louis de Pointe du Lac (Jacob Anderson) as he retells the story of his turning and subsequent journey through an immortal life of love, lust and loss. Sam Reid (2:22) will star as the charismatic Lestat de Lioncourt, while Bailey Bass (Avatar: The Way of Water) stars as Lestat’s ‘daughter’ Claudia. Eric Bogosian (Uncut Gems) will play the reporter Daniel Molloy.

Deadline revealed today that AMC were blown away by the series debut, with AMC’s president of original programming Dan McDermott having this to say:

The scope and breadth of this show, and what Mark and Rolin have delivered, is just stupendous. They have rendered the rich and vibrant world of Anne Rice’s Interview in a wonderful way, and we’re incredibly proud.  From the set build, to production design, costumes and more — no detail was overlooked. This stellar cast deliver powerful performances that emotionally connect us to these characters and their humanity.

McDermott also teased that this is “only the beginning of an entire Universe featuring enthralling stories and characters that capture the spirit of Anne Rice’s amazing work.”

This seems to confirm that, with another adaptation of Rice’s novels Mayfair Witches on the way, Interview With a Vampire is set to be the first in AMC's cinematic universe exploring stories from Anne Rice’s series of novels The Vampire Chronicles.

Season 1 of Interview with the Vampire is set to premiere on AMC and AMC+ on October 2, 2022. While you wait, sink your fangs into the latest trailer here: