All Guts, All Glory: Saluting 9 Horror Legends Who Served In The Military

Looking back on the military background of Rod Serling, Roger Corman, James Whale, and more. 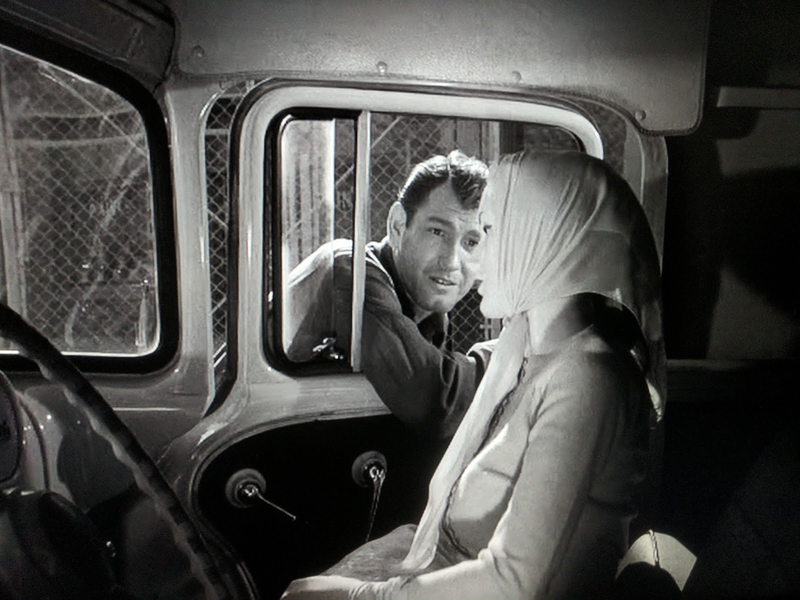 The shared DNA of the war and horror genre is undeniable. There's a resemblance in their parameters in how they deploy tension, gore, and social commentary on humanity's depravity. Dig deeper to find increasing evidence that the horror genre may have ceased to exist without war itself, a captivating history explored by authors W. Scott Poole in Wasteland: The Great War and the Origins of Modern Horror and R. Bruce Crelin in The Great War and the Golden Age of Hollywood Horror.

Years ago, I remember watching "The Purple Testament" and "Where Is Everybody?" episodes of The Twilight Zone, which have characters in the Air Force and Army. At that point, I knew very little of Serling's background and began to wonder if he was a veteran. His use of the military as a backdrop felt intimate, not as a shortcut to add drama as many programs do. I found it even more profound that without his experiences, the work we adore today may not have ever been developed.

Here are nine horror icons you may or may not have known are military veterans. Many of the tales are as remarkable and devastating as the projects they went on to create. 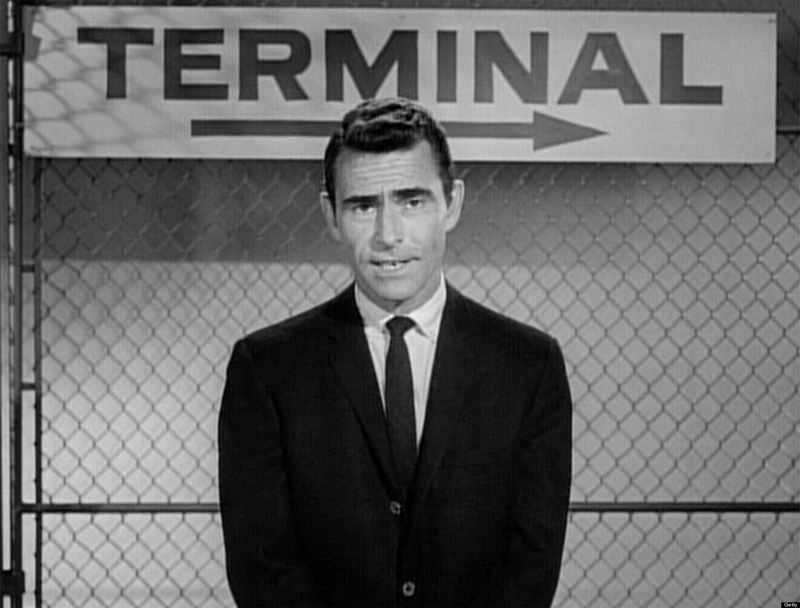 In 1942, Serling enlisted in the U.S. Army on the day of his high school graduation in hopes of battling the Nazis. Instead, he was assigned to the 11th Airborne Division as a paratrooper and faced combat in the Philippines. During a battle at Rizal Stadium, he faced a near-death experience when a Japanese soldier pointed a rifle at him, and his friend saved him at the last minute. After four years of service, Serling was awarded the Purple Heart, Bronze Star, and Philippine Liberation Medal. The Twilight Zone was created as a way to cope with his untreated psychological trauma from the war. In her memoir, As I Knew Him, daughter Ann stated, "What I vividly recall is my dad having nightmares, and in the morning I would ask him what happened, and he would say he dreamed the Japanese were coming at him. So it was always present, and clearly… he got it off his chest in his writing." 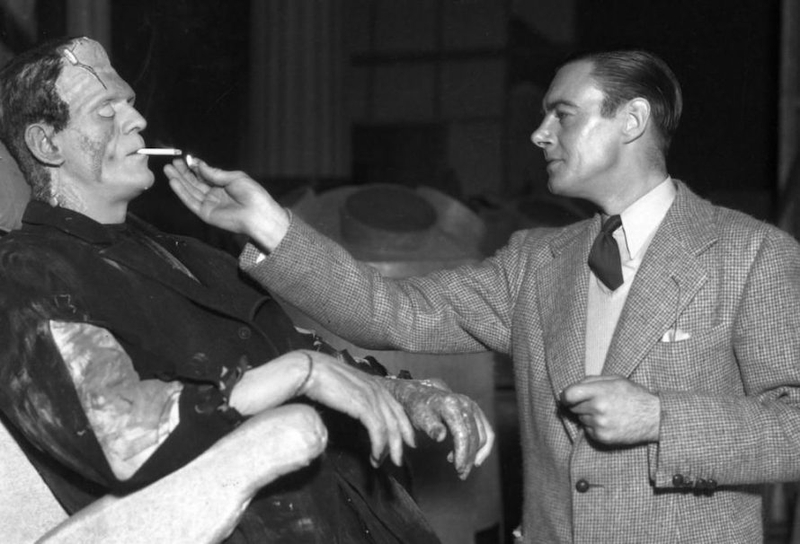 Whale joined the British Army and underwent training in 1915, where he was commissioned as Second Lieutenant into the Worcestershire Regiment. A year later, he was captured by the Germans at the Western Front and held as a prisoner of war for two years. During detainment, he explored costumes and theatrics for small productions for prisoners. This newly discovered passion led him to acting and eventual success in directing, the first being the play Journey's End and its feature film adaption. CineAction highlighted how symbols of alienation in Frankenstein are through the prism of the Great War: "Whale's monster is rendered a returning and mutilated soldier, in turn a Forgotten Man and the dispossessed citizen of a depressed economy. The male scientist assumes a generative role in the laboratory, where his research and creation can be viewed as analogous to fighting on the battlefield." 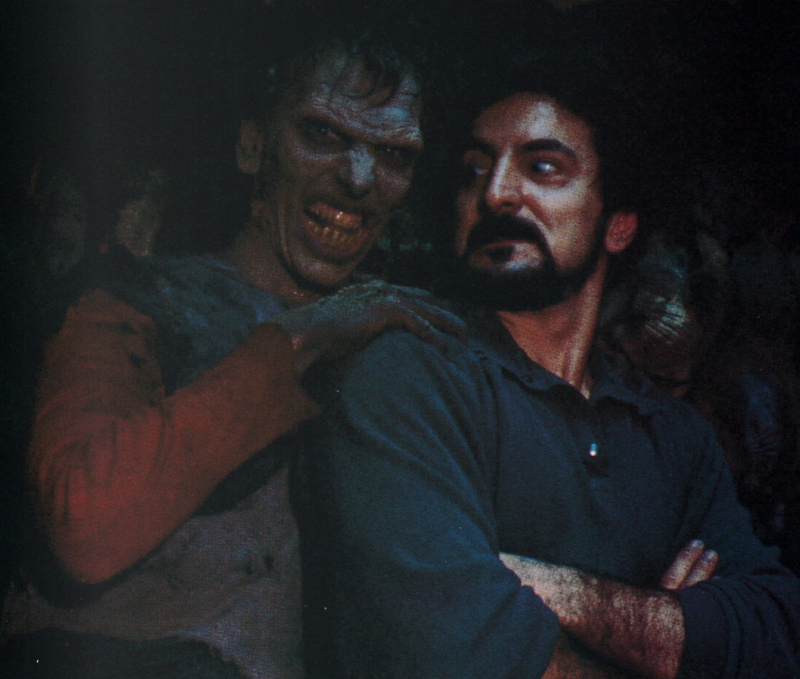 Before he was the "Wizard of Gore," he was known as the "Duck Slayer" in the U.S. Army. Savini was drafted into the Vietnam War, and while on guard duty in 1970, a flare went off. He fired into the bush and moments later, a duck walked away unharmed. He was taken off guard duty for not informing his superiors before firing. That evening, several soldiers were killed and wounded in the same area. Thus the name "Duck Slayer" was born. As a combat photographer, he documented damages to machines and people, directly influencing his approach to makeup effects in Martin and Dawn of the Dead and more. He told Empire, "I hated that when I watched a war movie and someone dies. Some people die with one eye open and one eye half-closed, sometimes people die with smiles on their faces because the jaw is always slack. I incorporated the feeling of the stuff I saw in Vietnam into my work." 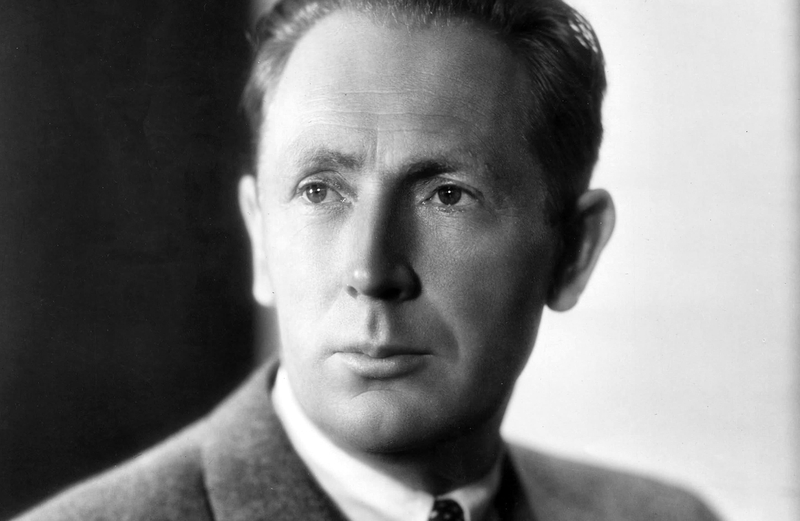 From 1909 to 1913 Murnau was thriving in Heidelberg, Germany's student theater community, an endeavor that was halted by the beginning of the Great War. He volunteered for the German Air Force, where he served as a company commander in East Prussia and flew combat missions over France. He survived an astounding eight plane crashes without injury. During an internment in neutral Switzerland, he used this time to write his first script, stage plays and perform with a prisoner acting company. After the war, he directed propaganda films for the German embassy and eventually transitioned into the expressionistic style he is most known for in films like Der Januskopf (with Bela Lugosi and Conrad Veidt) and the beloved Nosferatu. 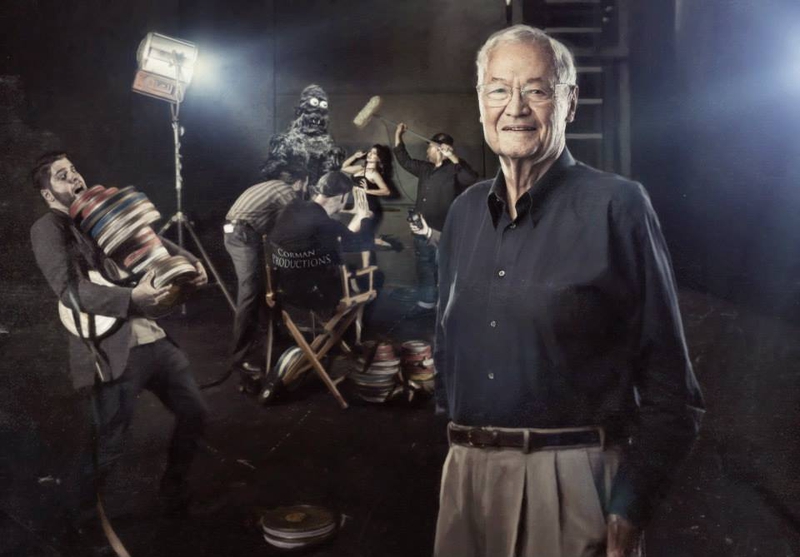 The Pope of Pop Cinema spent 1944 to 1946 in the U.S. Navy, calling it "The worst two years of my life. Any rule they set out, I felt it is my duty to break that rule." He enlisted in the V-12 Navy College Training Program, an initiative created during World War II to provide future officers with a college education in their respective fields. During a conversation at The National History Museum of Los Angeles in 2019, Corman recalled, "The only time I ever had real fear was in the Second World War. We were being trained for the invasion of Japan and personnel had estimated on both sides ten million casualties, deaths and wounded. We knew what awaited us. I have a somewhat different opinion of the atomic bomb that someone else might have, because essentially I can consider that saved my life." 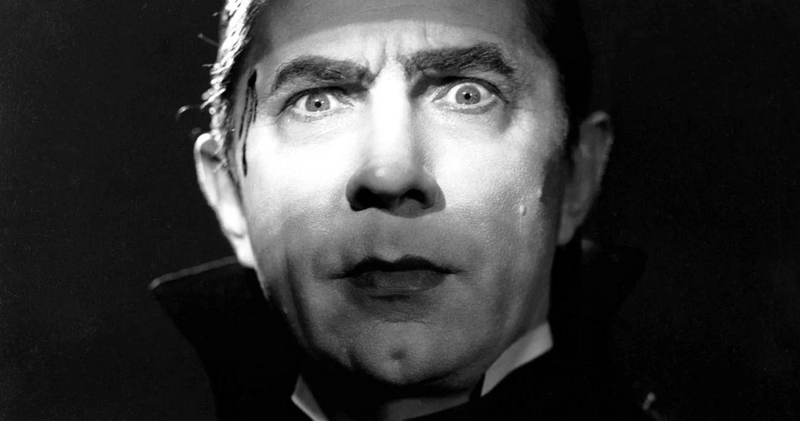 In the early 1900s, long before he'd become known for Dracula, Lugosi was a praised actor in Hungary and member of the National Theater of Budapest. When the Great War broke out, they granted him exemption from military service. He rejected it and voluntarily enlisted in the Forty-third Division of the Hungarian Army Ski Patrol, rising to the rank of Lieutenant. At the Russian front, he found himself, in his words, trapped "beneath a mound of corpses," and was later awarded the Wound Medal for his service from 1914 to 1916. He also participated in the revolution when Hungary's political issues continued to boil after the war. Lugosi was known to speak little of his past, but on the set of The Black Cat, suddenly confessed that he was a hangman for the Austro-Hungarian army, and how the experience of killing made him feel both "thrilled" and "guilty." 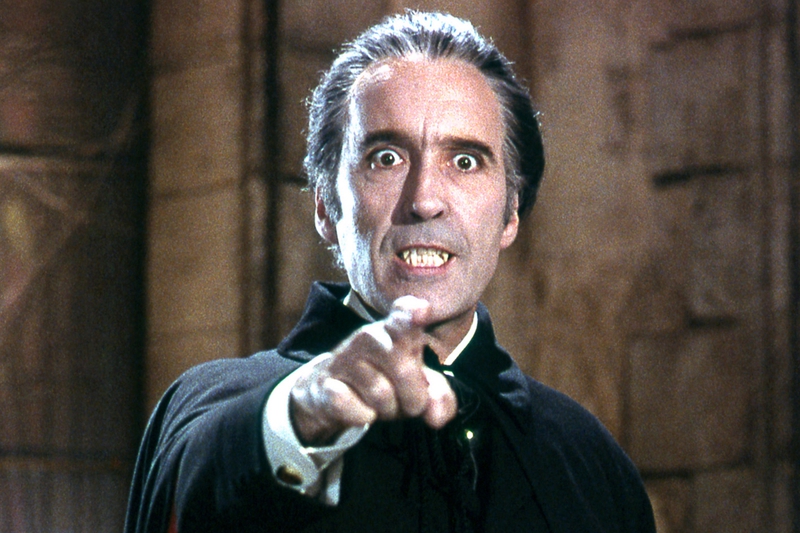 The discussion surrounding Lee's military career has been controversial. While he did serve in World War II, there are accusations that he embellished his claims as a Nazi hunter and involvement in units. In his autobiography, it's stated that he joined the Finnish Army in 1939 to fight against the Soviet Union, served in the Royal Air Force as an intelligence officer in 1940, and a year later joined the Long Range Desert Group and the Special Air Service. When pressed for details he famously replied in 2011, "I was attached to the SAS from time to time but we are forbidden… former, present, or future… to discuss any specific operations." Additionally adding, "Let's just say I was in Special Forces and leave it at that. People can read into that what they like." If true, it's an extraordinary piece of history. 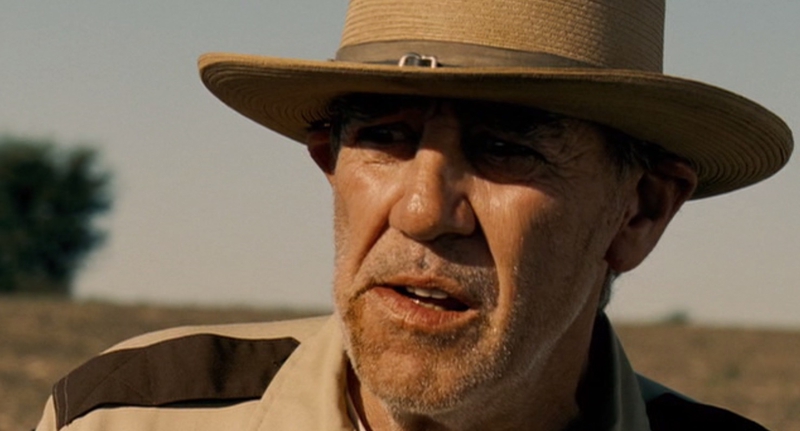 The most well-known on this list to have prior service, Ermey joined the U.S. Marine Corps in 1961 as a juvenile delinquent in order to evade jail time. He was arrested twice as a teen, a self-proclaimed hell-raiser who wanted to join the Navy to follow his father's footsteps, but was rejected due to his negative reputation. Early on, he was in the aviation support field and a drill instructor before spending 14 months in Vietnam and two tours in Okinawa. He was medically discharged in 1972 for injuries. In 2002, Marine Corps Commandant James L. Jones promoted Ermey to Gunnery Sergeant, a massive honor, as it was the first and only time the branch had promoted a retiree. 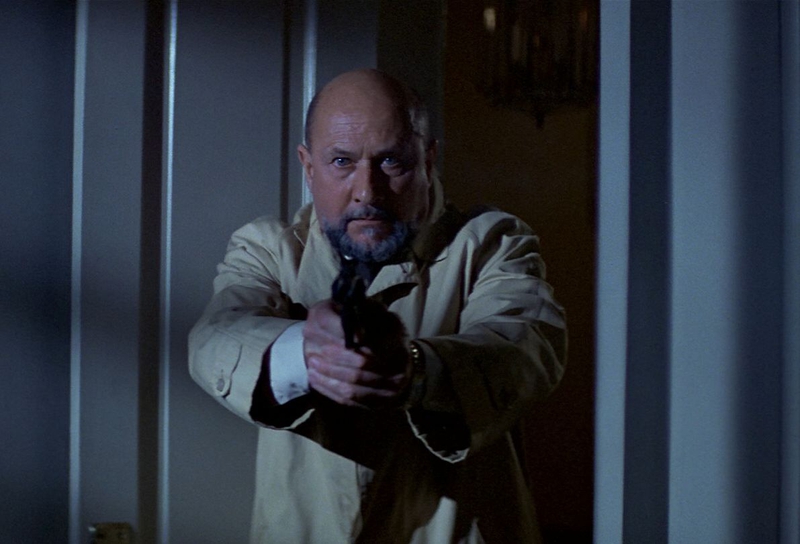 In 1939, Pleasence refused the British Armed Forces draft by registering as a conscientious objector. He switched gears after the 1940 attacks on London and volunteered with the Royal Air Force, where he was an aircraft wireless operator with No. 166 Squadron in Bomber Command. He flew almost sixty raids against the Axis over occupied Europe. In an interview with Aspel and Company, he remembers being shot down and surrounded by fifty Germans armed with machine guns and axes. "[The officer] said to me, 'pick up your parachute.' I said, 'Pick it up yourself.' [Laughs] I was full of adrenaline, I'm not really brave." They took him as a prisoner of war in Stalag Luft I, where he produced and acted in plays for the captives. After the war, he returned to acting.