From Woodsboro to Amity Island: home is where the fear is. 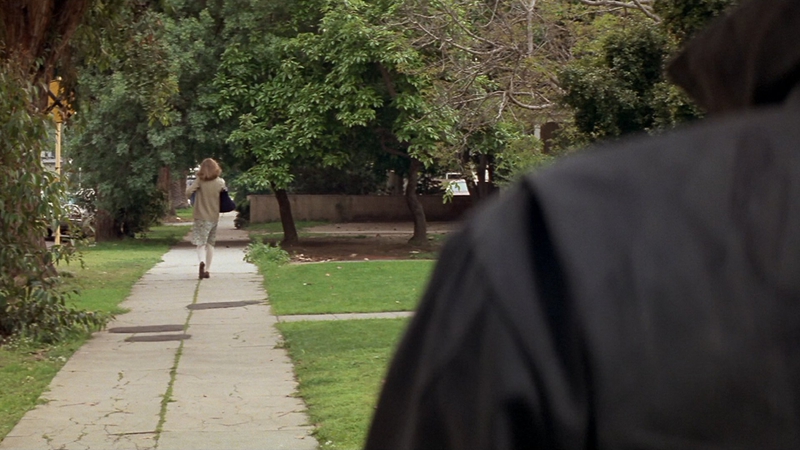 What's a great horror movie without a fitting location? While there are plenty of tales set in the ambiguous backdrops of spooky woods, random countryside, or a house in the middle of nowhere, there's something to be said for those in a specific town. Though some films choose not to spend much time, if any, on the details of the city they take place in, there are instances where the town becomes its own character.

These are the locations that become so synonymous with the story and characters within their confines that their names are instantly recognizable. In many instances, it's easier to create a fictional place since residents of real cities don't always want their home to become a tourist mecca with horrific connotations. Sometimes, it's a blend of creating a made-up area based on actual events, or conversely, a real area with fictionalized events, to create a veritable homage. We take a look at some of the most infamous towns in horror films, both fictional and real, and the chilling real-life events and locales they were based on. 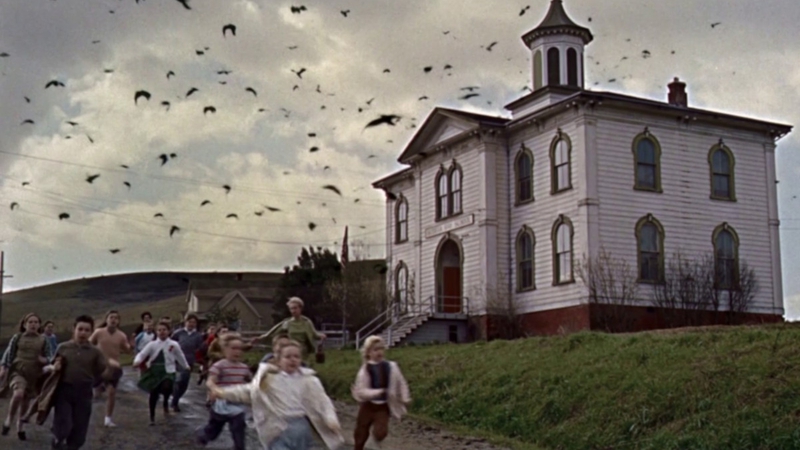 Alfred Hitchcock's 1963 classic about the sudden and unexplainable besiege of feathered foes in Bodega Bay, California, is surprisingly based on actual events. While Bodega Bay is a real city in Northern California, the incident that partially inspired the film happened roughly 140 miles south in Capitola, California.

On August 18th, 1961, residents of Capitola, an ordinarily quiet and quaint village, awoke to chaos. Groups of seabirds were inexplicably acting erratically; diving down and attacking people, crashing into cars and buildings, and spewing undigested fish onto lawns and roads. Although the assault was initially ruled a mystery, it was later believed that the birds were sickened and driven mad by toxic algae. Hitchcock used the event as a loose basis for the screenplay, which was also taken from Daphne du Maurier's novella of the same name. Hitchcock had been filming Shadow of the Doubt in a county near Bodega Bay, and felt the city, with its thick fog and craggy landscape, would be the perfect setting for The Birds. Today, fans can visit Bodega Bay to see famous landmarks used in the film, including the schoolhouse, and Taylor Street, used in the scene where schoolchildren are running for their lives. As far as Capitola goes, birds in that area have behaved normally ever since that strange summer afternoon six decades ago.

As far as towns in horror films go, few are as well known and notorious as the hometown of Michael Myers - Haddonfield, Illinois. It's easy to have fantastic and frightening assumptions of what heinous acts happened to inspire the story of Haddonfield in Halloween, but the real story is much more straightforward. There is no real Haddonfield in Illinois, but there is a Haddonfield, New Jersey, which just so happens to be the hometown of Producer and Co-Writer Debra Hill. No nefarious "babysitter murders" were committed by anyone named Michael Myers in the real Haddonfield, and the name was simply used to honor Hill's hometown. To make matters more confusing, Halloween wasn't filmed in Illinois OR New Jersey, but rather in and around South Pasadena, California. Fans can visit the Southern California neighborhood and several of the houses seen in the film, including Laurie Strode's and of course, Michael Myers' childhood home. 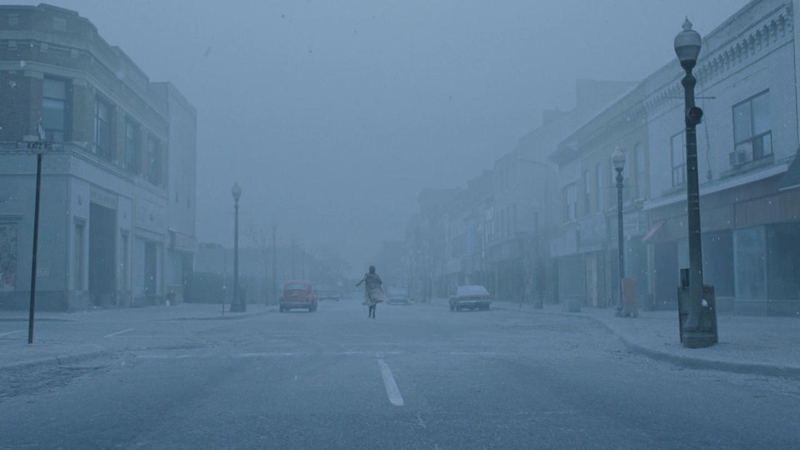 There are few happenings as bizarre and extraordinary as what has transpired over the last six decades in Centralia, Pennsylvania, the influence for the Silent Hill film and video game franchise. Once a thriving coal mining town, Centralia's history was rewritten when a controlled burn left behind embers that set forth an underground inferno that could not be extinguished. No matter the efforts to put out the fires that ravaged the mines below the town's surface, it was futile. Residents suffered health issues such as cancer and bronchitis from embers and carbon monoxide. Roads caved in, and gas stations were rendered too hazardous to be occupied. Eventually, Congress allocated money to relocate all residents and essentially erased Centralia from the map. Today, a smoldering ghost town remains, and the fire unintentionally set all those years ago still burns. Although the cast and crew of the 2006 Silent Hill film have made conflicting statements regarding how much is based on Centralia, the overall aesthetic of a burning, abandoned town (in both the movie and video game adaptations) is unmistakable... and there's also the rumor that the movie's original working title was Centralia.

Scream led to a major resurgence in slasher films in the 1990s, gaining legions of fans and several sequels. It's set in the fictional town of Woodsboro, California, repeatedly mentioned throughout the movie regarding the police force, high school, and news station. Chillingly, the story of Scream is based partly on a string of murders that took place on the opposite end of the country in Gainesville, Florida. In August of 1990, five Florida college students were brutally murdered by a serial killer later penned as "The Gainesville Ripper." The killer's pattern was the same with each victim; he'd break into their apartments at night while they slept and savagely stab them to death. The murders were committed within four days of each other, resulting in panic and fear for those living in the area. Screenwriter Kevin Williamson was watching a television program about The Gainesville Ripper, and was thinking about how easy it would be for an assailant to break into his home. This galvanized his and Wes Craven's conception of the story for Scream. They ultimately decided to create Woodsboro as the centerpiece for the movie with the idea of it being like any typical small town in the United States. 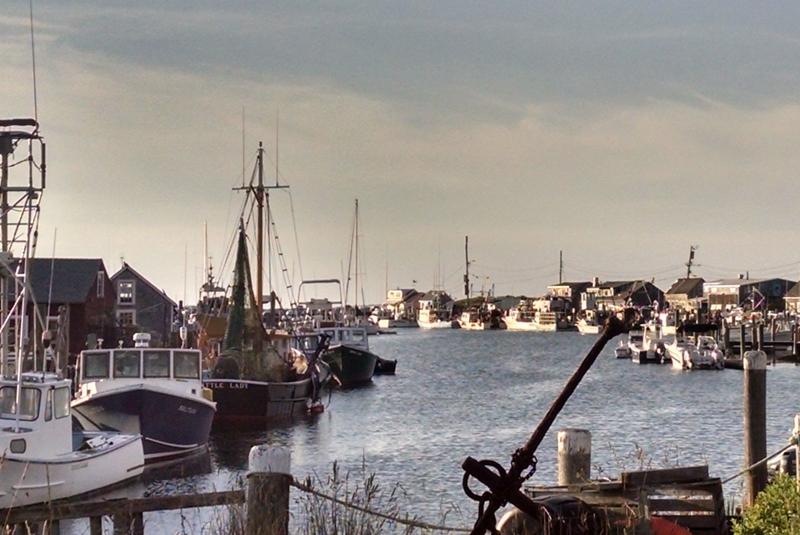 "Amity, as you know, means friendship." The picturesque beach town of Amity Island, New York, serves as the central location for the shark attacks that plague tourists and islanders in Jaws. No real Amity Island exists, but it is intended to be a replica of Martha's Vineyard and Cape Cod, and as such, it was filmed almost exclusively in those locations. The attacks in Jaws are based on a string of shark attacks on four victims along the New Jersey coast in the summer of 1916. Similar to the movie's second act, fishermen set out to capture and kill the shark in question and eventually succeeded. Today, visitors to Martha's Vineyard can tour several locations from many of the movie's most famous scenes.

Whether entire works of fiction, taken from facts or somewhere in between, the tales told within the confines of the city limits in this list are all undeniably terrifying. If you're ever in the area of any real inspirations, stop by for a visit, and see where the lines between fantasy and reality blur.