If they don't use the tagline "You know the drill," fire everyone. 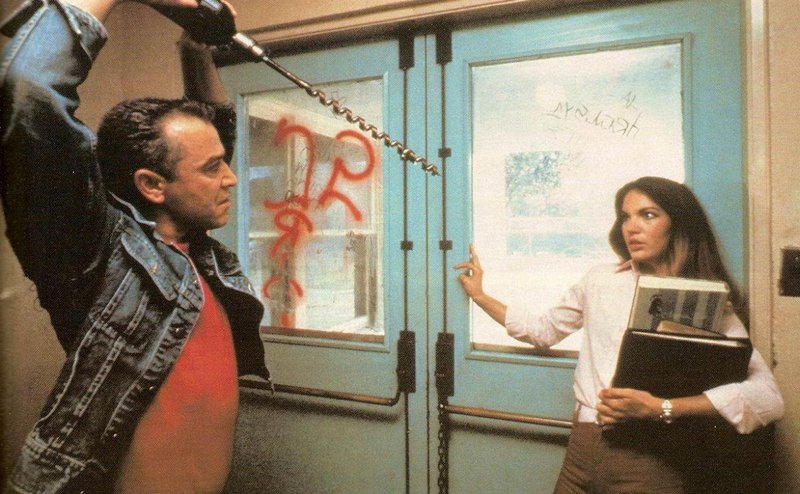 There seems to be a full-on slasher resurgence in our midst, and today Deadline brings news that Amy Holden Jones’ seminal 1982 genre entry Slumber Party Massacre is next to get the overhaul treatment.

This time the sanguine sleepover is brought to us by director Danishka Esterhazy (The Banana Splits Movie, Vagrant Queen) and screenwriter Suzanne Keilly (Ash Vs. Evil Dead). It’s coming to us from Shout! Studios* and will debut on SyFy, which hopefully doesn’t mean it will be some bloodless affair. (I mean, update your slashers with modern themes and whatnot, but let your slashers slash, is what I say.) The film wrapped last month in South Africa, and some of the people you can expect to see murdered in it include Hannah Gonera (Spell), Frances Sholto-Douglas, Mila Rayne, Alex McGregor (Vagrant Queen) and Reze-Tiana Wessels.

The original Slumber Party Massacre was overlooked by the mainstream in its day, but was profitable enough to become a trilogy for Roger Corman’s New Horizons label, and at least the first two films in the series have enjoyed critical reassessment in recent years as satirical feminist milestones. With that in mind (and not to get ahead of ourselves), should this film lead to a remake of the hallucinatory, singing/dancing/killing Slumber Party Massacre II, please get Knives and Skin’s Jennifer Reeder on board ASAP.

*And if anyone at Shout! is reading this, can we get a reissue of Slumber Party Massacre II (and any kind of release of III - I could only find it on YouTube) on Blu? Please?