Tamed by the Purr of the Jaguar 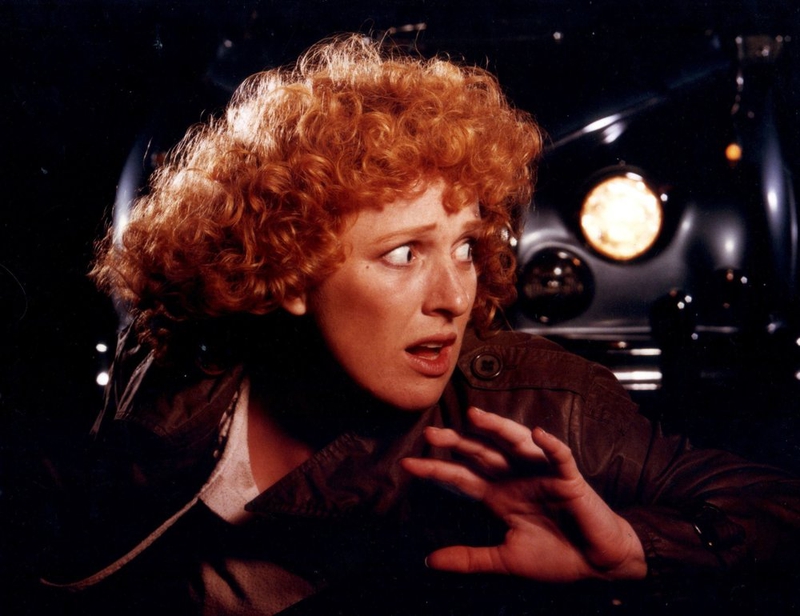 Jane Campion isn't just the most famous New Zealand woman filmmaker; she's surely one of the most famous women directors in the world. But she is far from an anomaly in New Zealand; even when it just comes to horror, a short film celebrated in a previous column was Kitchen Sink by the amazing Alison McLean. While the movie I am going to talk about today is often considered to be the first woman-directed horror feature from New Zealand, that honor actually goes to Melanie Read and her brilliant 1985 film, Trial Run, whose release I believe slightly predated this film although it released in the same year. It's harder to access, but that's for another column…

Gaylene Preston's Mr. Wrong is a super interesting film on its own merits, and for a whole bunch of reasons. From Campion to Peter Jackson to superb weirdo Ant Timpson, New Zealand has always punched well above its weight in cinema production compared to nearby Australia (I'm Australian, so relax – I'm allowed to say this). Frankly, New Zealand has largely put its much bigger and more populated close neighbor to shame for many years. There's even a running joke that if anything successful from New Zealand makes the world stage, Australians will go to often extreme lengths to claim it as their own (to be fair, this gets a little hazy with people like Jane Campion who while very much a New Zealander, studied and lived in Australia for a long time, and made a vast number of films here and with Australian funding.)

When it comes to New Zealand filmmaking, Preston is unarguably up there with the best, but interestingly for us it's not because of her status as a genre director but rather as a documentary filmmaker. But Mr. Wrong is a really fun horror film, make no mistake. It follows a young woman called Meg (Heather Bolton) who decides to cut the apron strings and move away from her parents to the city in an attempt at branching out, gaining some independence, and living her own life for herself. With her new job, she decides almost on a whim to indulge in her dream car - a beautiful old vintage Jag - but this is a decision she soon regrets. Strange things start happening when the car is around; she can hear screams when she drives, soon discovering it is the sound of the car's previous owner who disappeared. Things continue ramping up on the spooky weird front as the film unfolds, where not just Meg but many of those around her are threatened or harmed, all linking back to the mystery of the haunted car.

The most immediate point of reference here, of course, might at first be Stephen King's Christine from 1983 and the film adaptation by John Carpenter of the same name that came out that same year (Lee Gambin's 2019 making-of book about Christine is an essential purchase, as an aside). But if anyone seriously tried to dismiss this film as nothing more than an imitation, I'd be comfortable suggesting they probably hadn't watched Preston's movie closely enough. Beyond the haunted car premise, they are actually hugely different films. The primary difference of course is that as a self-identifying feminist filmmaker, Preston has made a distinctly self-identifying feminist horror film. And as potentially silly as the idea of a haunted car is, that really is just the scaffolding here; Mr. Wrong is at its best when it focuses on Meg's struggle for independence, and as the film continues, the struggle for independence of other women characters in the film - be they living or dead, and regardless of how successful those struggles may be.

Mr. Wrong is well worth your time if your tastes fall at the intersection of feminist horror movies and haunted automobiles. A refreshing change from those same ten to twenty films that always seemed to get churned out on "horror films made by women directors" listicles that seem weirdly comfortable, rarely ever stepping away from the same-old, same-old. From a contemporary perspective, it perhaps moves slowly. Still, for me, there's something precisely about its pacing that makes it excel, intersecting perfectly with its more supernatural elements as it builds towards a genuinely spooky (and seriously beautifully shot) climactic reveal. As we say here in the antipodes, "get it up ya" (translation: you should give it a try).

Gaylene Preston's Mr. Wrong (also called Dark of the Night) is available to watch on Vimeo, and you can also visit the official website for the film here at Preston's website.