Party games and maybe a little bit of murder. 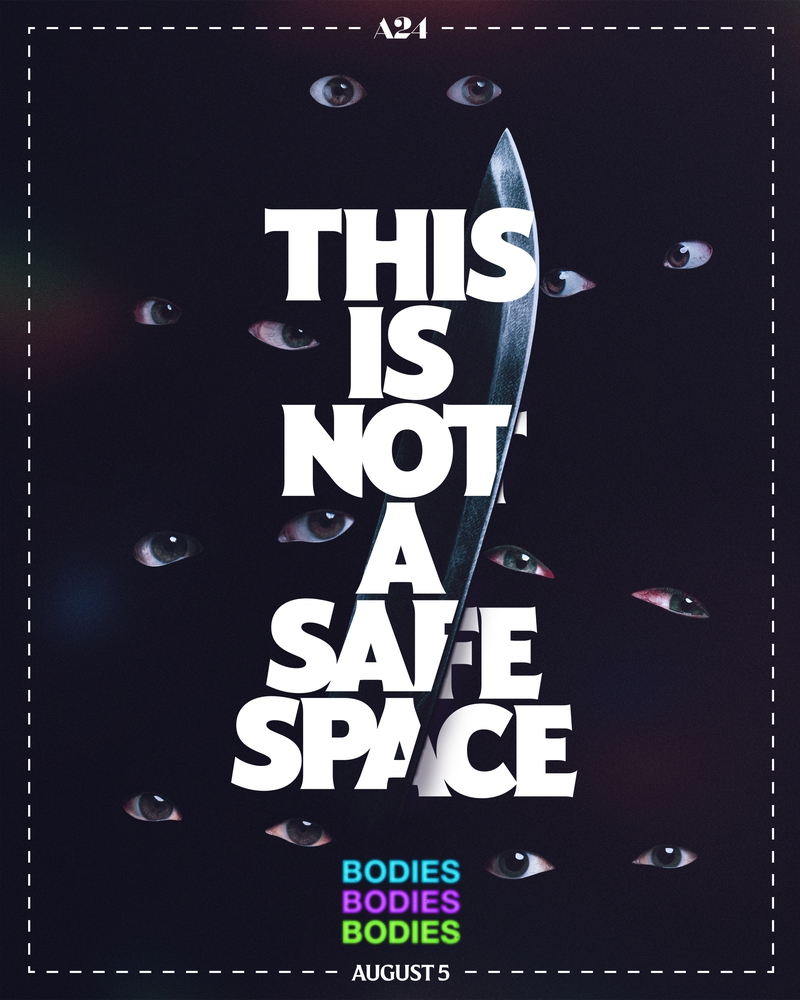 "Who wants to play Bodies, Bodies, Bodies?" We don't know what that is, but consider our interest piqued! The brand new trailer for A24's dark satire Bodies Bodies Bodies is here and so far it's looking like a wild ride. When a group of affluent twenty-somethings head to a "remote family mansion" (as one does) for a hurricane party, the games get out of hand, things go awry and we are treated to a " funny look at backstabbing, fake friends, and one party gone very, very wrong." The follow-up to the question, "Who wants to play..." is "You guys, I get so stressed out every time we play this. Someone always ends up crying," punctuated by a face-slapping montage. You rich kids party real weird, and we are intrigued!

Lee Pace prompting the rules of the game, Pete Davidson in a pink hoodie, blood-soaked friends (frienemies?) triggering, toxic, gaslighting party games, a good time for all! And if you're wondering exactly how to play the whodunnit game that ends in tears, don't worry, the trailer explains it and it's way more fun than me telling you, so check it out.

Directed by Halina Reijn, and written by Sarah DeLappe, based on a story by Kristen Roupenian. Bodies Bodies Bodies stars Amandla Stenberg (The Hate U Give), Maria Bakalova (Borat Subsequent Moviefilm), Myha’la Herrold (Plan B), Chase Sui Wonders (Genera+ion), Rachel Sennott (Shiva Baby), with Lee Pace (Guardians of the Galaxy) and Pete Davidson (The Suicide Squad). Catch Bodies Bodies Bodies in theaters August 5, 2022 and check out Jason chatting with the cast on the red carpet during the SXSW premiere.