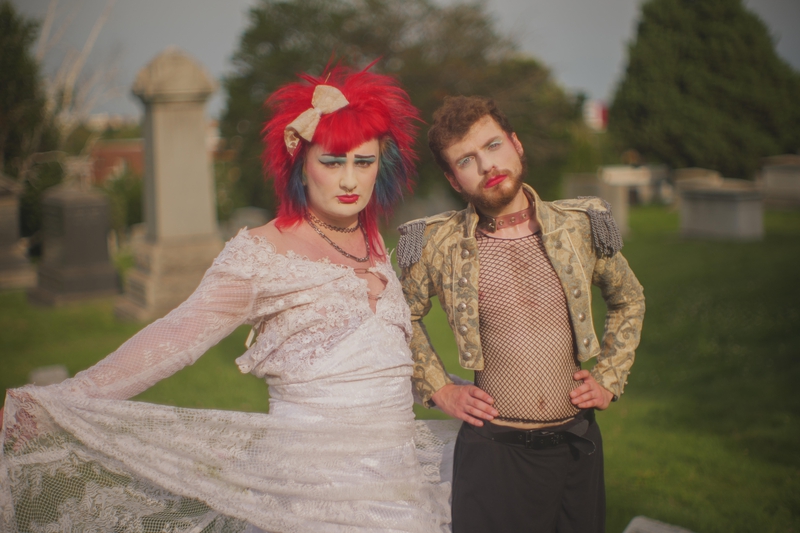 A semi-guerilla-style cemetery shoot, a bloody, Genesis-inspired storyline, and Kansas Bowling... Theophobia's latest music video sets the stage for a killer time. The band and performance art duo from New York City, is a collaboration between cult film director and musician Dylan Mars Greenberg and prodigy multi-instrumentalist and singer Matt Ellin. Known for their baroque, theatrical, and maximalist music and visuals, they have been featured in the NY Times,  PBS , and composed the theme song for Lloyd Kaufman's Shakespeare's Shitstorm.

Greenberg says their latest, "The Loop" was "borne out of the horror I felt both personally and existentially. I imagined God looking down at people in helpless sorrow, watching them worship their idol and destroy each other in the same breath. Often I feel commodified and packaged as a product, sold for dirt, and that dirt is then stolen from me the second I get it. I think this is a common feeling, that we never have enough soil to plant our own tree. In directing the video I wanted to illustrate the song with several scenes, including a bloody, Genesis-inspired storyline with actors Kansas Bowling, Kira Terpsichore, and Wes Spaulding. I want to leave it open to the viewer which character in the storyline is God, who is Adam, and who is Eve. Not everything is what it seems. The common theme through the song and video is pain, then destruction, then rebirth. Then it starts all over again." 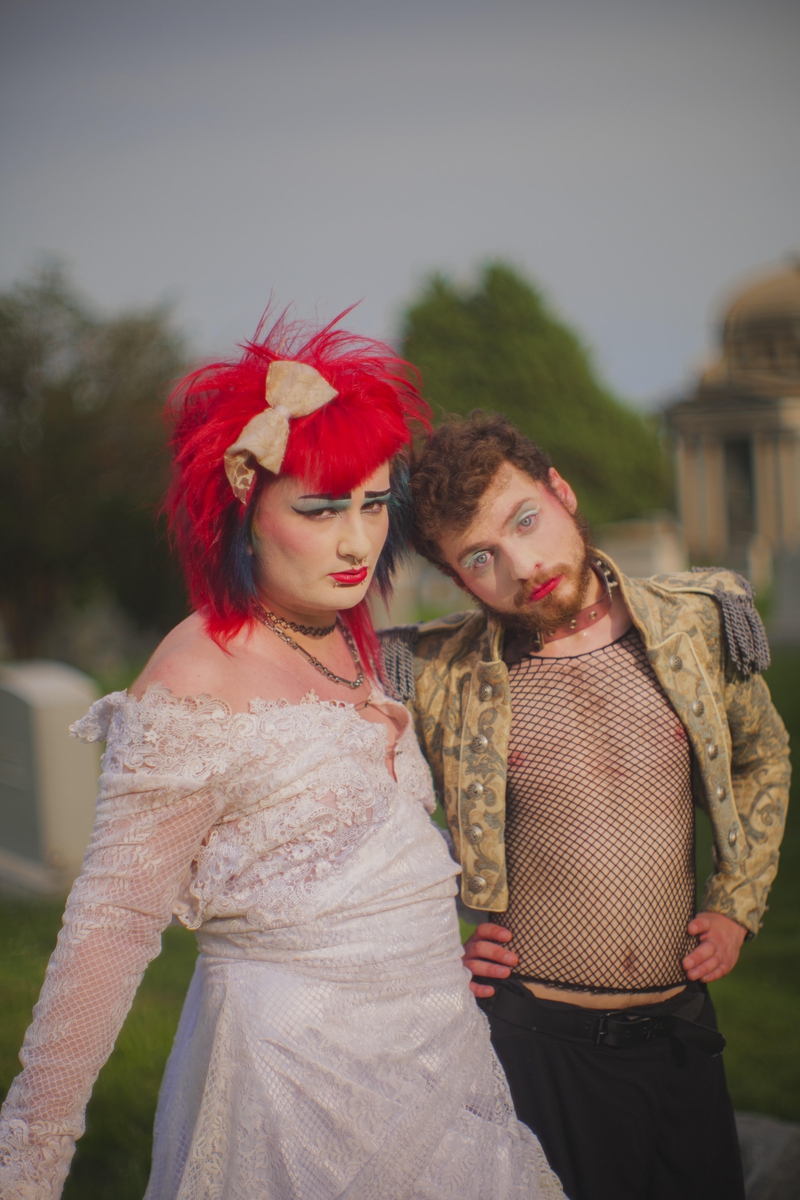 Singer Matt Ellin cites this as likely the favorite track Greenberg has written for the band, "It’s just a really epic, lyrically dense song that says a lot about the condition of the world and the trials human beings have to go through in order to survive. Nick Didkovsky played incredible guitar on the song, and Lara Lewison’s violin is also a huge standout. We filmed parts of the video in a cemetery. Initially, we couldn’t get into the cemetery because of our outfits. The guard on one side of the cemetery said “No costumes”, which is totally ridiculous because we dress like that almost every day. Luckily we were able to go around and deal with a different guard, who let us in when we said it was for a school project. Just a bit of strategizing, mildly bending the truth to make art happen.”

At the core of it all, Greenberg says what it all comes down to is, "I believe we were put here to help one another. Until we all realize this, we are stuck in the Loop together. If that's not horror, I don't know what is." Watch the full music video for "The Loop" below.

"The Loop" music video is directed by Dylan Mars Greenberg and produced by Adam Ninyo.

Follow Theophobia on Instagram @theophobia. Their EP Love of Ages is out now on theophobia.bandcamp.com and all major streaming services.