Santa has a special treat for you in the form of this behind-the-scenes featurette. 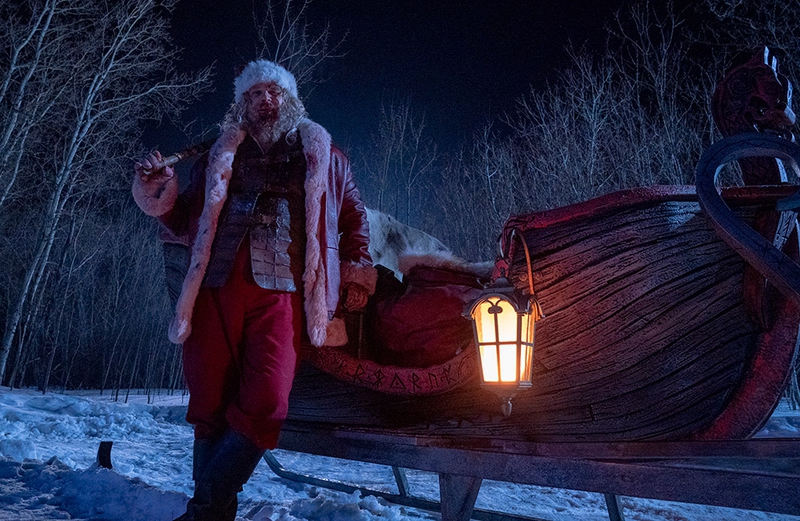 David Harbour introduces us to "a violent Santa Claus movie" in this behind-the-scenes featurette of the upcoming Violent Night. The producers behind Nobody, John Wick, Atomic Blonde, Deadpool 2, Bullet Train and Fast & Furious Presents: Hobbs & Shaw made a Santa movie, and that alone should give you an idea of what to hope for. They said "to hell with 'all is calm.'"

When a team of mercenaries breaks into a wealthy family compound on Christmas Eve, taking everyone inside hostage, Santa is forced to leap into action to help Trudy and her family survive the night. Because she's on the nice list, obviously. But the home invaders are not prepared for a surprise combatant: Santa Claus (David Harbour, Black Widow, Stranger Things).

Star David Harbour describes this as Die Hard meets Miracle on 34th Street. Say no more, we are in! John Leguizamo describes it as "really touching and moving, and great freakin action." Leguizamo plays one of the heavies on Santa's naughty list, and promises "Violence, gore, hilarity." Don't take our word for it, take a peek behind the scenes below.

Violent Night is in theaters December 2.