The director's latest anthology horror is brimming with Vietnamese culture and supernatural lore, but we don't have a way to view it — yet. 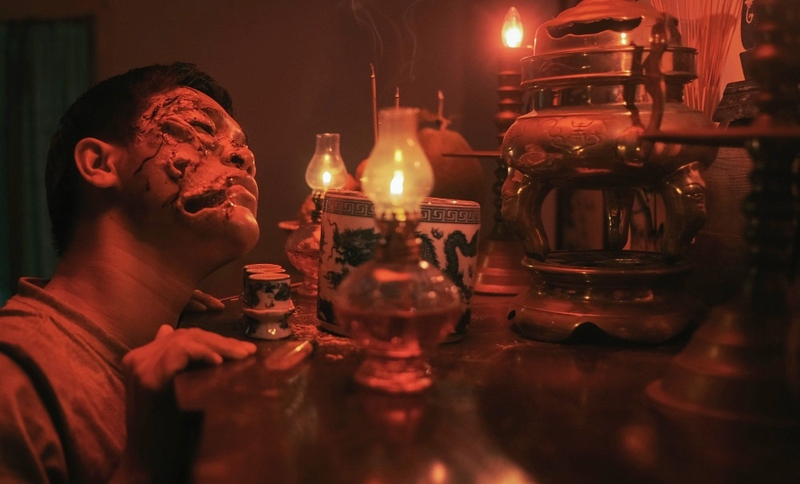 At this moment, Trần Hữu Tấn is working on his newest project, and it will again water the sprout that is the Vietnamese horror scene. He has been steadily providing the project's updates on his social media, and the biggest one — thus far — is the reveal of its teaser poster designed by Duy Văn. Beneath a crimsoned and moonlit night, a flowering tree looms over some old houses, baring branches adorned with hanging bodies and two banners heralding grimness. 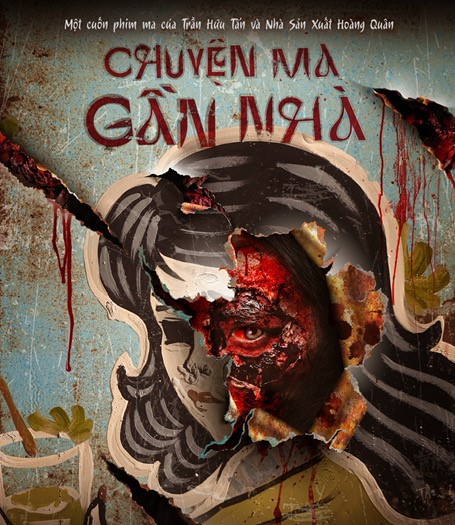 Upon translation, the words on the latter: "Happy New Year, The End is Near." Tết Ở Làng Địa Ngục (literal translation, Lunar New Year in Hell Village) is looking at a 2023 release window.

"It's a horror novel with one of the most unusual and interesting stories I've read," Tấn said of the source material via email. The eponymous work from Thảo Trang is about an isolated community prophesied to be annihilated when the new year arrives. Tấn is currently casting actors and scouting locations in the mountainous Hà Giang province.

And this isn't the only thing on Tấn's mind. The now writer and director was born in 1983, previously worked as a bartender and copywriter, and is currently awaiting news of the deal to have his latest release Chuyện Ma Gần Nhà (Vietnamese Horror Story) shown in North America. According to local exhibitor CGV, after four days of its local February 11 release, the film scared up 53 billion VND — or approximately $2.3 million — at the box office.

The film is currently in theaters in Taiwan and Singapore.

"That the film can be shown in other countries proves distributors see something new here," Tấn said. He does worry that references to Vietnamese culture and supernatural lore within might lose viewers, but he hopes they will "like and be receptive" to the film in the end.

One could say Chuyện Ma Gần Nhà's aforementioned newness pops up most clearly in a narrative structure akin to Thailand's 4Bia and Britain's Ghost Stories: a series of supernatural-laced tales in the same package. This makes Tấn's work the first anthology horror film in Vietnam. At the same time, it's also the second "first" in Tấn's creative career; prior to his 2021 Rừng Thế Mạng (Survive), there was no homegrown survival horror feature. 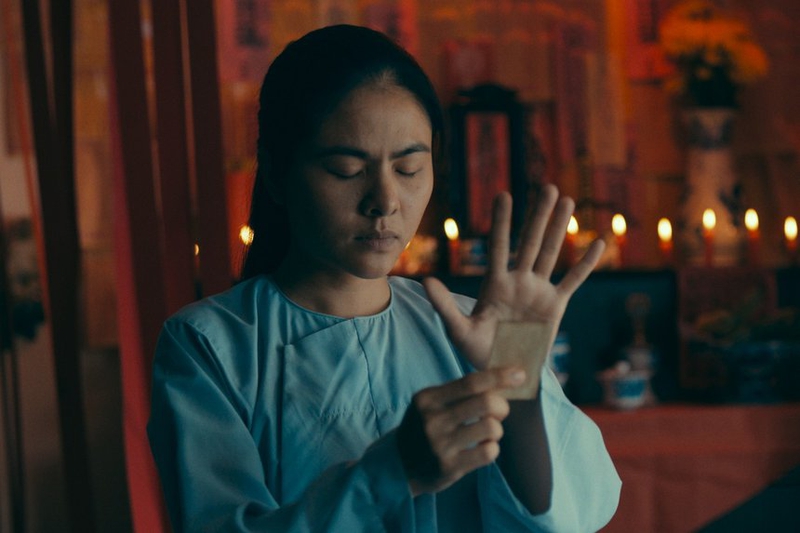 If you're not too acquainted with technicalities, there are other places to find the film's newness. For starters, Chuyện Ma Gần Nhà tackles urban legends, something Tấn observed that the country has plenty of yet never explored, "It was what motivated me to do the film, he said. The film features Survive's lead Huỳnh Thanh Trực and locally known talent such as Mạc Can, Hồng Ánh, Khả Như, Vân Trang, Ngọc Hiệp and Hữu Tiến. The concept revolves around three stories told by friends at a gathering — the mysterious "Sugar Cane Lady," the "Bogeyman" with a dark promise, and the "Psychic" who is followed by evil.

"I would joke to people that for this project I'm doing three films at the same time," he said. "The workload for a director, along with the pressure, tripled. But the experience I got from [Bắc Kim Thang and Rừng Thế Mạng], I had a good relationship with the crew and the cast. I also made better choices regarding colors, lighting and composition to speak the most interesting cinematic language possible."

There's also the shocker of the film receiving no cuts despite having headless corpses, a face-offing, and real ghosts. Needless to say, marketing considered this point a badge of honor, banking on the people's excitement to nullify whatever obstacle the film's C18 rating, or "no viewer under 18," might create.

"That was lucky, although I'm not referring to it as a 'phenomenon' because every moment and element of horror is there to serve the story," Tấn said. He also noted that the local censorship board has been more open and supportive in recent years, which helped bring in major returns for Chuyện Ma Gần Nhà. 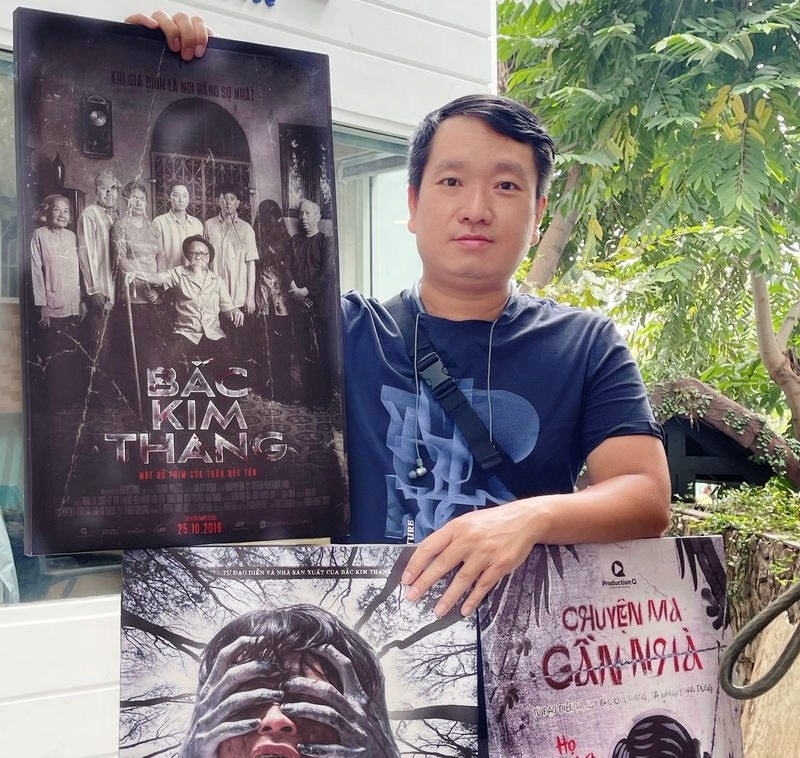 Tấn is happy about this, of course, but he is also not letting the happiness blind him to the critique surrounding the work. Upon release, he shared to a local outlet that the film's anthology construction "in general could make for a difficult watch," which in turn affected the delivery of the narrative and the fear factor.

But on the one hand, he would like to hear them to improve his skills and, on the other, to continue fueling his inner genre fire. "Choosing to follow horror is supremely challenging, but with an utmost love for this genre, I hope to receive people's support and assessment so that my next films can improve and meet expectations," he said.

Guess it's safe to bet that Tấn is putting a lot of stake in Tết Ở Làng Địa Ngục.

As of this writing, there is no stateside release information for Chuyện Ma Gần Nhà or Tấn's previous works, Rừng Thế Mạng and the domestic horror Bắc Kim Thang (Home Sweet Home). One hopes that changes soon.