The Music of MALIGNANT: A Conversation with Composer Joseph Bishara 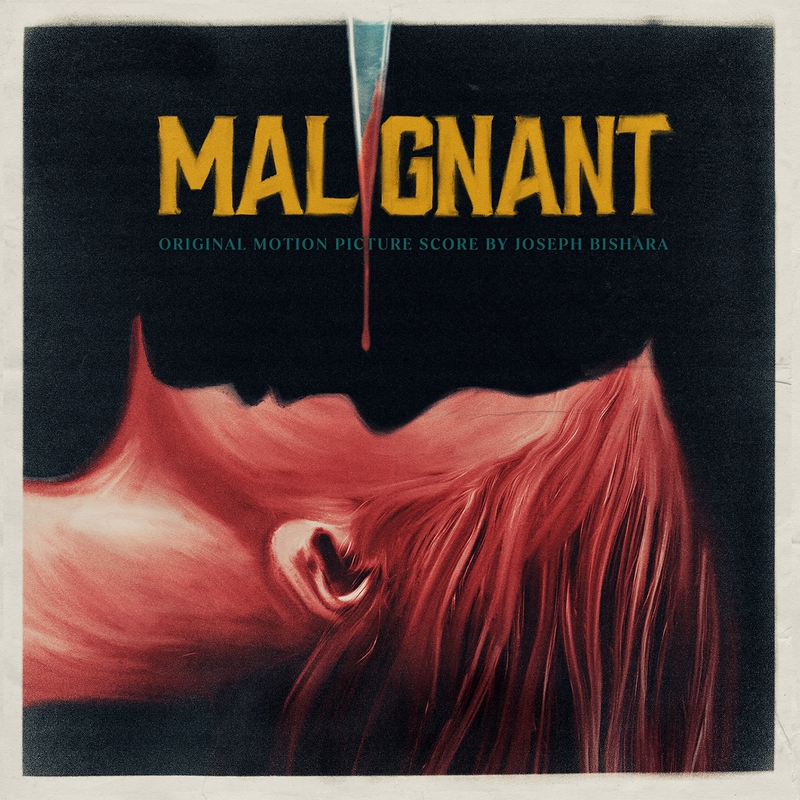 September 10th saw the US release of Malignant (2021), a controversial horror film from one of the genre’s most successful modern masters, James Wan. With it, the filmmaker set social media ablaze with both unabashed praise as well as harsh confusion-driven criticism. However, despite the film’s polarizing response, one thing everyone appears to agree on is that it has a great musical score.

Scored to Death: Conversations with Some of Horror’s Greatest Composers author, J. Blake Fichera, recently sat down with Malignant composer [and longtime Wan collaborator] Joseph Bishara to discuss his latest score for FANGORIA.

Composers are often brought on to a film fairly late in the game, but since you and James [Wan] are friends and work together so frequently, you’re typically on board from the get-go. Was that the case with Malignant?

If I wasn’t the first, I was certainly one of the first to read the script as soon as he had a draft of it done. Actually, he kept telling me that he was going to send it, “I’m going to send it today.” Then it was, “I’ll send it by end of day tomorrow.” Then, “tomorrow night.” And then finally it came around eight o’clock at night. He said, “You need to let me know as soon as you finish reading it.” I read it right away and I texted him back something like, “Holy shit!” He called me immediately, and we talked for a couple hours about it.

The response has been a bit polarizing, which I think is to be expected with a movie like this.

Completely! That was a big part of that very first conversation after I finished reading the script. This is not going to be a movie for everyone. But if you’re into it, you are all in. [laughs]

I know from our past conversations that you often start to hear sounds in your head and get ideas for the music pretty quickly. Did that happen on this film?

Yeah, it actually did. There were a lot of ideas percolating in there. Just bits that I was hearing, but it all sort of solidified into a voicing. It was this configuration of a viola and a saxophone doubled on the same line, with a violin and a trumpet doubled on the same line, with a drum kit holding them together—almost like some kind of weird jazz ensemble. We were talking about giallo films and all these sorts of things, and that was the very specific voicing that bubbled up for me. So, it was really cool to get to see that through, and that’s very much in there. That’s driving a lot of the voice of the score.

Did James have ideas of what he wanted and what direction he wanted to go in? Or at this point, does he just trust that your instincts are good and let you run with them?

It’s a little bit of both. He asks me what I think and we talk about things, but he definitely has very specific ideas. Sometimes it can be tough to decipher what he’s hearing, and sometimes he’ll be finding things with his music supervisor that are completely parallel to the score. And there are areas where he’ll work other pieces of music in—where he just has a specific way that he wants to work something.

Was the opening title sequence an example of that? Because, if I’m not mistaken, you didn’t write that piece.

Correct. That was an electronic artist that he found with his music supervisor, called Celldweller. [The track is titled “When Your Walls Fall (Faction 15).”]

But in regards to the original score, there’s a whole period where the score is being developed, where he’s just, “Send me stuff.” And he’ll say something like, “Oh, this is kind of interesting. Let’s follow that road.” And he’ll just keep letting it manifest, and then steer it from there, but then, once we get into it, he definitely can get very specific. He will actually unpack a piece of music more than any other director I’ve worked with. It’s not unusual to start a playback and get to a certain piece of music, and he’s like, “Oh, let’s open up that session.” And then we’ll be in there picking that apart, for what is sometimes a while. “Let’s try this sound starting on that shot, and let’s move this here.” So, he does like to get under the hood with some stuff.

The score is a combination of both orchestral and electronic sounds. Did you use a real orchestra or was it all synthetic?

No, there were three primary orchestral recording sessions. The first was the “character session,” which is the group I described earlier—the drums, viola, sax, violin, and trumpet. Later, there was a session with a group that I was calling the “string wall,” because it was two rows of nine string players facing each other. So it was eighteen strings, arranged into long rows of nine, playing figures where one row would be running one direction down the line on one side, and the other row would be running in the opposite direction on the line down the other side.

Often, I tend to hear things in configuration of players in the room, and how I configured some of the string writing for this was a response to the material. Then later, there was another more traditional string group, mixed with one clarinet, a French horn and piano.

During the film’s action scenes, the score transitions into a much more electronic, beat-driven sound.

I think that was James’ suggestion—to lean into some electronics in areas. I think he was hearing some of that as a sort of throwback to the later stage giallo films. He was hearing more of the electronic influence from those films, and I think I was maybe responding a bit to some of the earlier, more jazz-flavored influence. I guess somewhere in the middle is where we found everything here.

There are also female vocals on some of the cues. Why did you choose to include them in the score?

The female vocals tie into the lead character in the film. Not only from a character perspective, in regards to the difficulty the character is going through, but also what the character is—essentially in a way—haunted by. So, to give that a musical voice, the choice was made to go with a soprano female vocalist. I’ve worked with her a number of times. Her name is Kirsten Ashley Wiest. She’s amazing. She can carry a very high note in a way that not many can. And James really liked this identifiable little moment we found, and we ended up using it for a lot of Gabriel’s moments. Sometimes James will do that. He’ll find one thing in a piece that he really likes, and then you’ll come back and suddenly it’s in five or six other places throughout the film as well. And it’s like, “Okay, cool. Let’s go with that.”

There is a beautiful vinyl release of the score coming out. As a horror fan and collector, is it exciting to be creating music for horror films during a time when there seems to be more appreciation for it than ever before?

For sure! It’s definitely cool to see editions like this being done. I love what they do over at Waxwork Records. So, when they expressed interest in Malignant, I did everything I could to put them together with Warner Brothers and make it happen. I’m very grateful that they were interested enough to pursue it, and I think the edition looks just phenomenal. I love the artwork. 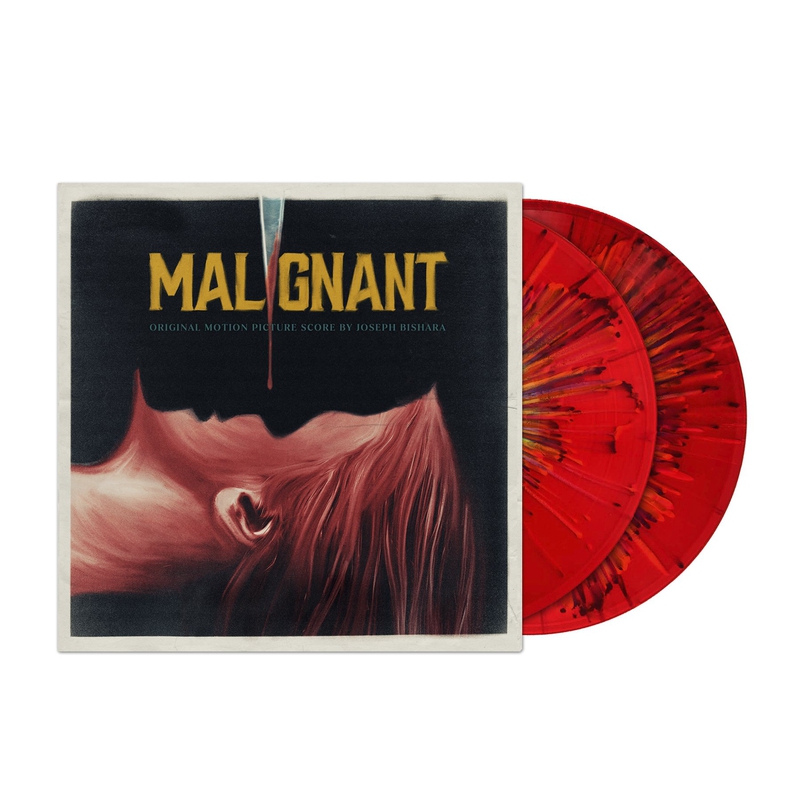 The Malignant Original Motion Picture Soundtrack is available for digital download now, as well as a two-disc vinyl pre-order from Waxwork Records. You can read more about Joseph Bishara’s career and craft in his detailed interview in the book Scored to Death: Conversations with Some of Horror’s Greatest Composers, available now from Silman-James Press.

Malignant is now in theaters and streaming exclusively on HBO Max, click below to watch now.