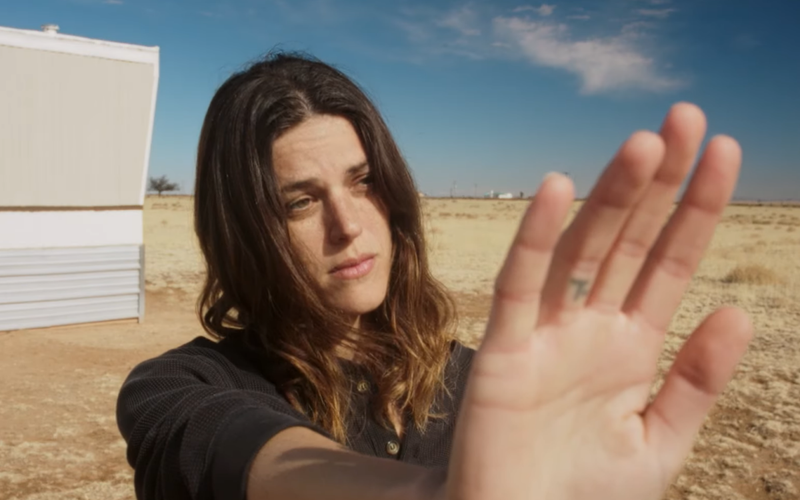 Today brings us the very first trailer for Peter Ohs' Jethica, which premiered to rave reviews back in March at this year's SXSW Film Festival. The film, a micro-budget, genre-hopping, supernatural horror-comedy starring Callie Hernandez, Ashley Denise Robinson, Andy Faulkner and Will Madden, appears to have plenty on its mind ... and a fairly ingenious way of conveying it.

Let's check out the trailer before we move on...

Yes, it would appear that Jessica has a stalker named Kevin. It would further appear that, despite being very dead, he has somehow returned to continue pestering the woman he's obsessed with. That this should all happen while Jessica is reconnecting with her old pal Elena is, well, very unfortunate for just about everyone involved - but, hey, if that doesn't sound like a great set-up for a movie to you, I dunno how to help ya.

Variety, which debuted the trailer earlier today, says that Jethica will hit select theaters on January 13th before premiering on the Fandor streaming service on February 14th (hey, just in time for Valentine's Day!). Variety goes on to mention that Ohs' film will "then receive an exclusive window on Cinedigm’s horror streaming service Screambox," but there's no word on how wide that window might be.

“Cinedigm has given an incredible platform to independent cinema thanks to Fandor, and I’m thrilled that Jethica will be a part of it. It’s meaningful when small movies like this get the opportunity to reach a wider audience. I think we made a very cool and strange film that challenges expectations and I’m looking forward to more people seeing it.”

Love the logline on this one, love the trailer, and we look forward to catching Jethica when it starts rolling out early next year. Stay tuned for more on this one as further updates become available!