A conversation with composer Joseph LoDuca. 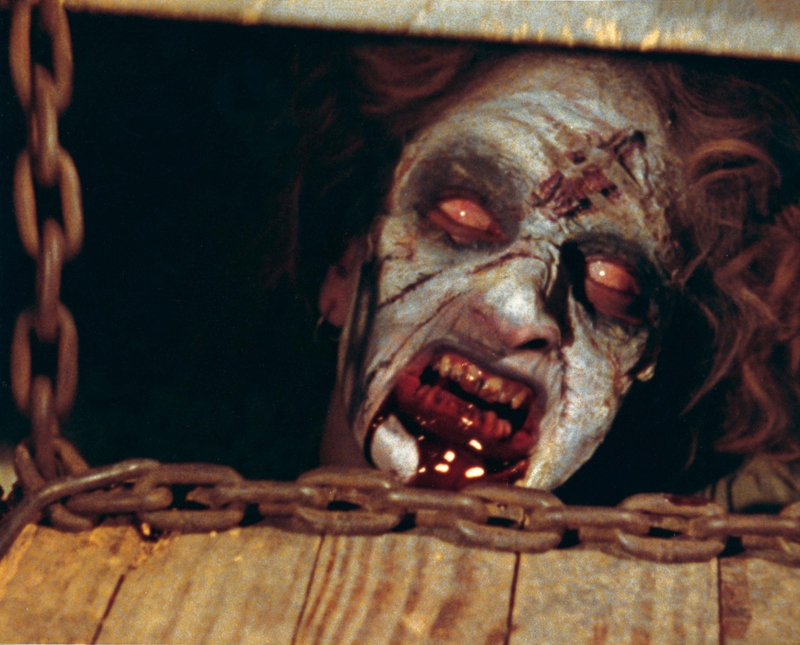 Forty years ago, unwitting moviegoers were first assaulted by "the ultimate experience in grueling terror." The Evil Dead premiered in Detroit, Michigan, on October 15th, 1981, marking the debut of one of cinema's most innovative filmmakers and the start of what would eventually evolve into one of horror's most unique, fun, bloody, and beloved franchises.

The story of the film's long journey from conception to the big screen [and beyond] has become a legend among horror fans—passed down from generation to generation, first through word of mouth, then the pages of FANGORIA magazine, and later essays, books, and countless documentaries. Three friends from Michigan set out to make a profitable movie and instead changed horror and cinema forever. It is the modern American dream.

So much has been documented about Sam Raimi, Bruce Campbell, and Robert Tapert's work on the series and careers in general. However, a fourth integral [and often overlooked] voice was there from the beginning through every chapter of the original Evil Dead saga, including Starz's Ash vs. Evil Dead (2015-2018) television series—Joseph LoDuca.

LoDuca is the man who provided each unique [Bruce Campbell-led] installment of the franchise with a distinct musical voice. He spoke at length about a great many things, including his work on the groundbreaking original film, in his in-depth interview for the recent book Scored to Death 2: More Conversations with Some of Horror's Greatest Composers [by yours truly].

The composer met Raimi, Campbell, and Tapert through a mutual acquaintance who made films for the State of Michigan Department of Transportation. “It was kismet,” said LoDuca. "He introduced me to Sam, Rob, and Bruce in what I would call a 'boys' clubhouse/office,' with action figures on the windowsills. It was next to a magic shop that sold whoopee cushions and buzzers, stuff like that. I thought they were the most wonderfully entertaining nerds, and they threw really fun parties. They asked if I could make scary music. So, I recorded a little demo, and they offered me the score."

By 1980, synthesizers were coming into their own, and with 1978's Halloween, John Carpenter proved that they could effectively score a horror film. However, at that time, the genre was not entirely ready to abandon the more traditional/classical approach to music. With his limited budget in mind, LoDuca opted for a combination of the two. With just a couple of synths [a Prophet & a "primitive Roland"], a piano, guitar, a string quartet plus a contrabass—according to the composer, "you need the bass for the extra oomph in horror"—he crafted a memorable score that runs the gamut from beautiful and melodic to eerie and chaotic.

"I have always been interested in that original ensemble," he confessed. "And I never seem to be able to sell that idea [these days]—'Just give me a few strings. Let me be intimate.' That's scary too! In many ways scarier."

In addition to the score's instrumentation, The Evil Dead's lack of budget also dictated some of the less-than-ideal technical aspects of its creation. "Back then, I was literally calculating with a click track book [a collection of charts that showed time in beats at any given tempo, i.e., click] to plot my hit points. There was no other way of doing it. We recorded to tape with a timecode track for sync, but we were not able to score to picture," LoDuca remembered. "It was brutal. [Raimi, Campbell, and Tapert] loaned me a three-quarter-inch tape deck that only had a fast forward and a rewind shuttle. So I could never queue up a scene. The amount of time I spent rewatching or rewinding scenes was maddening."

One of the fascinating things about looking back at The Evil Dead today is seeing just how fully realized Sam Raimi was as an auteur filmmaker from the very beginning. Now, with forty years of films to compare it to, it is astonishing just how developed his style—from camera movement and shot composition to sound design and editing—was right out of the gate. LoDuca did not recognize that at the time but was impressed by the young director for other reasons.

"As for Sam's groundbreaking directorial style, I didn't know enough about film to appreciate that at first," admitted the composer. "I guess I'm shortsighted for not seeing that. What impressed me most was the imagination and effort it took, and the sense of accomplishment—to see firsthand what it takes to create an idea and manifest it—to actually have it play in theaters all over the world."

Surprisingly, for a director whose films and style are so immensely singular and distinct, Raimi was relatively hands-off during the score's composition. "There wasn't a lot of direction: 'This is sad' or 'This is scary,'" the composer explained. "Even today, there is not a lot of discussion with Sam. When I worked with him a few years ago, there wasn't much back and forth, except for our jokes. It's more about me trying to ask the right questions: 'At this moment in the story, it can go this way or that way. Which way do you prefer?'"

Though he may not have been incredibly active during the score's creation, Raimi's interest in sound design is quite evident with The Evil Dead. From the natural sounds of eerie howling wind and dripping water to the exaggerated crashing of a clock's swinging pendulum and the surreal sound of support beams passing by the camera, the film is a carefully woven aural tapestry of ambient noise and sound effects. However, there is one sound that many fans wrongfully assume LoDuca helped create—The Force in the woods.

"No, they did that on their own. The Force is Sam's voice through an early harmonizer and a delay, layered with sound effects and my synth drones," LoDuca clarified. "I think they pulled those layers from wherever they could find things. I know that they had edited in New York and raided a sound library there."

Despite a lack of budget, Joseph LoDuca looks back on the experience, and especially the film's Detroit premiere, fondly. "The guys [Raimi, Campbell, and Tapert] presented a screening at the old Redford Theatre, with a big spotlight shining up at the sky," reminisced the composer. "They made it into a William Castle extravaganza—they had an old ambulance out in front, and a gurney and defibrillators in the lobby. Before the movie, an organist rose up from the pit playing Bach. The Redford is one of those old Art Deco theaters. They wore tuxedos—weird to see them in tuxes."

That night forty years ago was also a pivotal moment for the jazz guitarist-turned-composer. "I think what got me excited about the idea of writing music for film was the premiere for Evil Dead," LoDuca revealed. "The film played with my music on a big screen, and it was the coolest feeling. 'Oh, I could do more of this.'"

Today, LoDuca is a celebrated composer with over a hundred credits to his name in almost every genre. However, he will always be beloved by horror fans for his contribution to The Evil Dead. "I had no clue what I was doing or what I was saying yes to, but strangely enough, this is the film. The first movie I scored is probably the one that has had the most lasting impact [laughs]."

To read Joseph LoDuca's entire career-spanning interview, as well as detailed interviews with fifteen other notable film music composers, check out Scored to Death 2: More Conversations with Some of Horror's Greatest Composers—available now from Silman-James Press. Click here to get your copy.