Suit up, Isaac. It's time to go back into the belly of the beast. 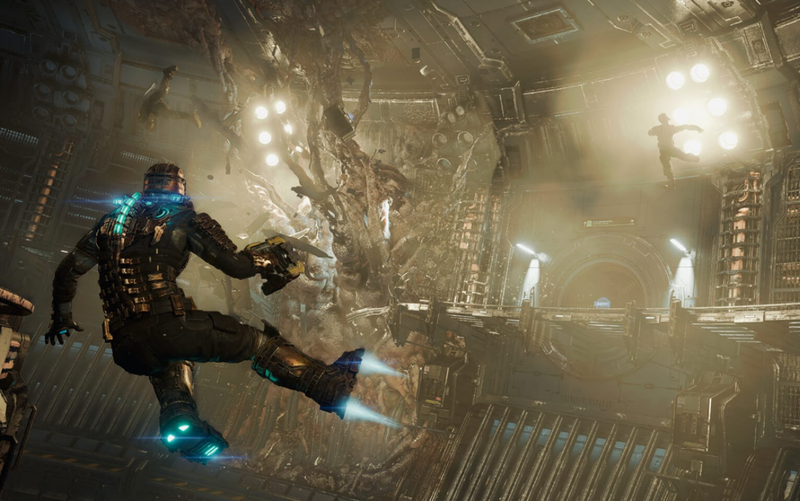 Later this month, Motive Studios will release their highly-anticipated remake of Dead Space, the wildly satisfying sci-fi horror shooter that kicked off an entire franchise back in 2008. This one's been long in the coming, rumored for quite a while before it was officially announced and keeping ultra-fans of the series on pins and needles ever since.

Well, good news for those folks: we won't be waiting much longer to find out if the remake whips just as much (if not more) ass as the original - it lands on January 27th, and today Motive's released the game's launch trailer to show off what they've done with the title one last time before it gets here. Let's give it a look!

Well, it certainly looks and moves like Dead Space, but that's no surprise; we've seen plenty of gameplay footage from this one over the previous months. Perhaps more surprising is that this trailer seems less focused on the title's dread-filled atmosphere and more concerned with its bigger set pieces and action beats. No matter! We're sure that all that dread and horror will be right where we left it.

For those who've never played the original Dead Space: players assume the role of Isaac Clarke, an engineer who finds himself shipped off to the USG Ishimura space station to fix whatever's gone wrong there. Isaac arrives to find the place crawling with horrific creatures, dead bodies, and evidence that his girlfriend (who just so happens to be stationed on the Ishimura) apparently alive ... but lost somewhere within the ship. Your mission? Destroy every Necromorph standing between you and her safe return.

The big gimmick with Dead Space was that players could use an array of weapons to relieve enemies of their limbs, one or two at a time. Big, slimy monster crawling across the floor at you with murder in its eyes? No sweat, just blast off its arms and legs, leave its freshly de-limbed torso sitting in the middle of whatever godforsaken room you happened to be trapped in. This game mechanic felt borderline revolutionary at the time of the game's release, and will apparently also factor into the remake's gameplay (after all, it wouldn't be Dead Space without it).