THE BATMAN Entwines Horror Genre DNA With The Caped Crusader

Matt Reeves’ THE BATMAN uses the horror and thriller genres to elevate his take on Gotham City’s protector. 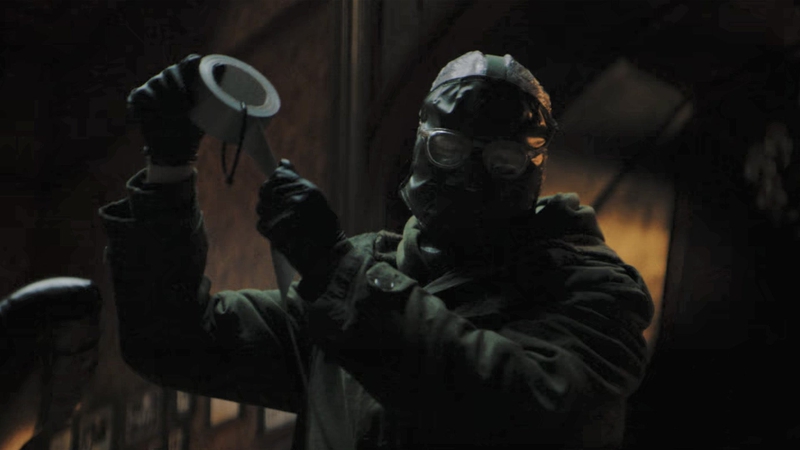 Editor's note: SPOILERS for The Batman below. Proceed with caution!

The Batman character is no stranger to horror genre crossovers, ranging from the comic series, film adaptations, video games, and television shows. A dark tale following a vigilante dressed as a menacing man-bat has the perfect makings for a horror story. Directors and writers alike have each taken their stab at interpreting Batman's gothic history, whether it be the grounded take from Nolan's trilogy or the darkly whimsical world of Burton's Gotham City.

With The Batman, fans of the hero and horror genre were treated to a wonderful mix of comic book action, gritty realism, and a taste of psychological horror. Matt Reeves, along with co-writer Peter Craig and cinematographer Greig Fraser, infuse Batman's haunting atmosphere with a nail-biting murder mystery.

We're taking a deep dive into The Batman's horror DNA. 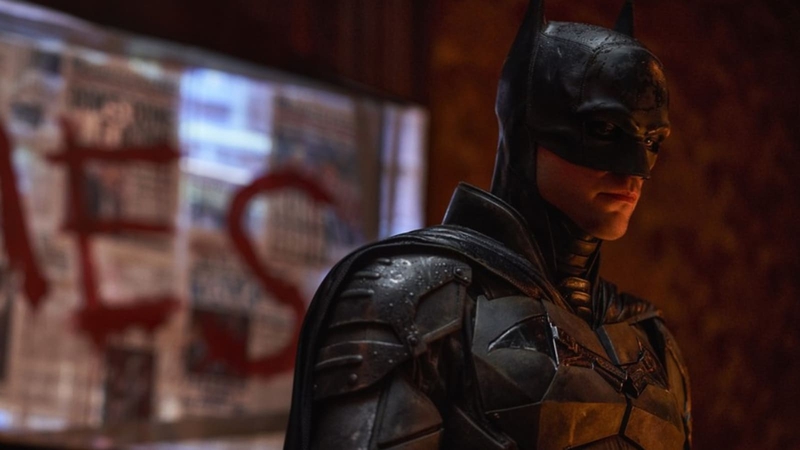 To start off, the opening of The Batman feels like a slasher story. Viewers are immediately thrust into an ominous POV watching a child from a rooftop. Heavy breathing blasts through the soundscape, as it seems to become clear that this must be the Bat's point of view. Suddenly things go full horror as The Riddler (Paul Dano), sporting a slasher-approved mask, attacks an unsuspecting man in the darkness of his apartment. Within the first few minutes of the film, the audience is thrust into the perspective of a brutal killer.

Dim lighting with a sliver of reflection on Riddler's glasses creates an eerie visual of a man with two small bright eyes staring out from the shadows. The harrowing lighting effect feels reminiscent of the DIY mastery director David F. Sandberg bestowed on viewers with the reflective tape on the eyes lighting trick from this Lights Out behind the scenes video. (David learned the trick from an issue of FANGORIA!)

Throughout the film, the Riddler takes on an eerie serial killer aesthetic with his trail of high-profile murders and manipulative riddles. His muffled, awkwardly modulated voice would fit right in a SAW film beside Jigsaw himself. The funeral predicament orchestrated by the villain would surely make Billy the Puppet proud. To add to the comparison, a clever riddle combined with the use of a severed thumb could've been a deleted scene from SE7EN. If that's not enough horror for you, The Riddler stages one of his elaborate showcases at a terrifying abandoned orphanage (Fans of the Arkham Knight video game might feel a sense of deja vú.) 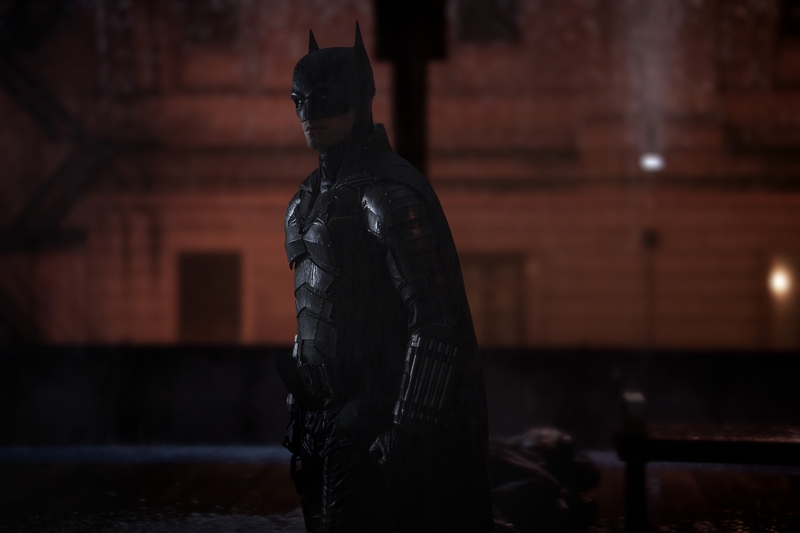 Taking things back to the "good guys," Robert Pattinson's Batman has a few horror-adjacent moments himself. Much like The Riddler's entrance, The Batman is given his own spine-tingling reveal. Set to chilling narration from Pattinson and taking place on Halloween night, the idea of The Batman spreads fear amongst the criminals of Gotham. Ominous cinematography frames shadows and alleyways as spaces of extreme danger. Batman is more than a man, he's the sense of constant dread that lingers in the midnight streets of Gotham City. Reeves throws in an extra dash of horror by showing a man wearing a ghoulish mask attempting to rob a store in the dead of night. The mask's dark, hollow eyes look up to the thunderstorm-covered skies as Michael Giacchino's magnificent score rises.

The horrification of Reeves' Batman doesn't stop with the visuals. Giacchino's booming score serenades in an unsettling yet triumphant ensemble. Batman's theme, in particular, mashes the hopeful with doom and gloom. The track echoes Chopin's Marche Funèbre (Funeral March), conveying a constant sense of death and darkness whenever the caped crusader is around.

Giacchino's soundtrack bounces between intense action and a mysterious, whimsical vibe. The more heightened, mystical sections of the score (i.e., "Don't Be Voyeur with Me" "The Bat's True Calling") cast Reeves' Gotham in a sort of Burtonesque/Danny Elfman light. "The Riddler Theme" feels as though it were ripped straight out of a horror flick with its eerie vocals and timid piano chords. The music that blares as a lonely Bruce Wayne roams his empty manor portrays the shy billionaire almost as a spirit haunting the remnants of a more glamorous life (the remnants of his ghostly eye makeup helps too). Lastly, the track "Ave Maria" by Franz Schubert frequently plays during the film, serving as an eerie musical motif to the villain's maniacal antics. The song choice pays tribute to Riddler's backstory as an orphan and the orphanage choir. Additionally, Classic Fm notes that "Ave Maria" is frequently used at funerals, making Riddler's choice of mantra even more fitting.

Moving on from the main characters populating this reinterpretation, let's take a peek at one of the film's most well-kept surprises:

Barry Keoghan's role was none other than "Unnamed Arkham Prisoner," or should I say…JOKER!

In a surprise penultimate scene, The Riddler meets the shadowy man inhabiting his neighboring cell in Arkham. While we never get a clear look at Keoghan's face, it's clear there is heavy facial deformity around the lips, and his hair is spiked in all sorts of directions. Keoghan's character encourages The Riddler with a riddle of his own, all while speaking in a raspy, guttural voice. The haunting exchange ends with a sinister laugh-off between two of Batman's (eventual) greatest foes. 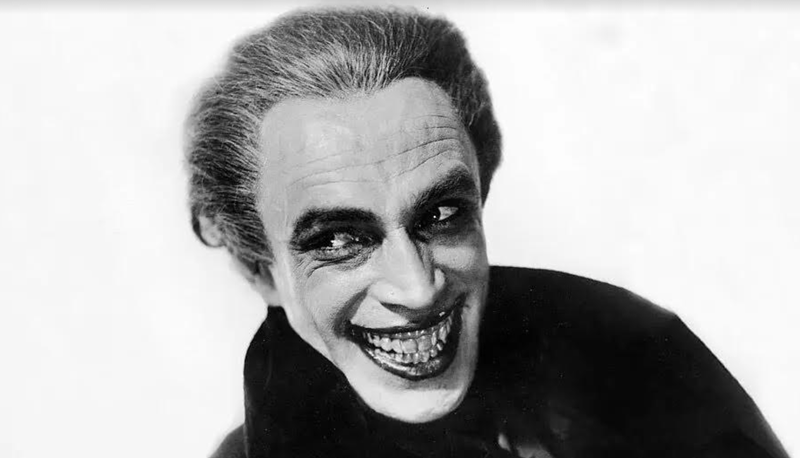 In a recent interview with IGN, Matt Reeves cited his inspiration for this new version of the Joker from The Man Who Laughs, the 1928 film featuring haunting makeup effects. Reeves describes Keoghan's version as, "From his birth, life has been a cruel joke on him and this is his response." Speaking to Cinema Blend, Reeves revealed a deleted scene between none other than Batman and Joker in which Batman visits the laughing villain's cell to gain insight into why The Riddler is targeting him. This scenario frames the Joker as a sort of Hannibal Lecter character - a villainous mastermind behind bars helping the heroes analyze and profile Gotham's rogues' gallery.

One of the main reasons Reeves' film is such a triumph is its phenomenal tonal balancing. The Batman is a horror story, comic-book story, psychological thriller, murder mystery, and love story all wrapped into one beautifully stylized gothic nightmare.

The Batman is now playing, only in theaters.