This summer, Joshua Millican takes us to the subterranean tunnel system beneath Las Vegas for cults and Lovecraftian threats. 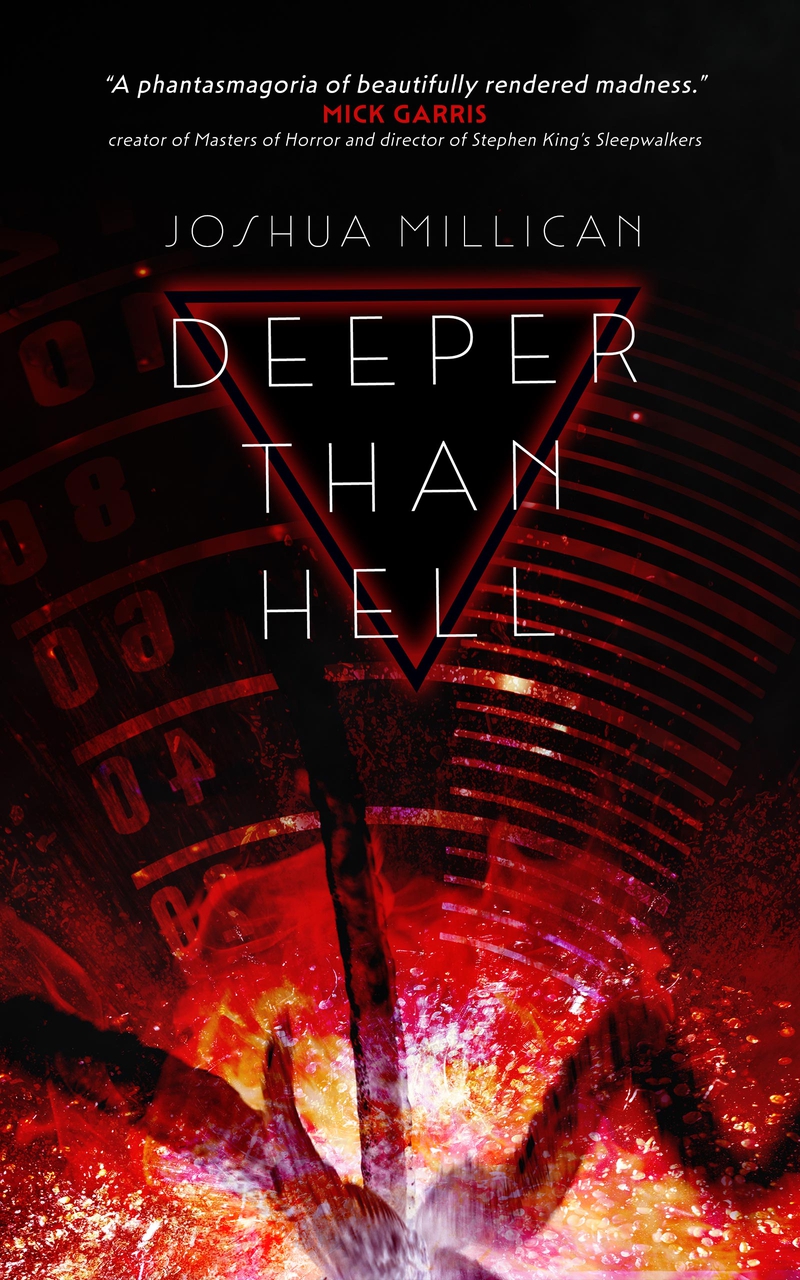 Cults, feral colonies, and ultimately Lovecraftian threats beneath Las Vegas await you this summer within the pages of Joshua Millican's upcoming debut horror novel, Deeper Than Hell. Described as “an epic nightmare inspired by William S. Burroughs and Clive Barker,” Deeper Than Hell is a psychedelic horror story that follows a philosophically inclined heroin addict and his mysteriously optimistic companion as they scavenge, shoot up, and survive in the subterranean tunnel system beneath Las Vegas. “Deeper Than Hell is my love-letter to the horror genre in all of its manifestations,” Millican explains. “I was inspired by both literature and cinema, facts and fringe sciences, urban legends and creepypasta. The novel is filled with homages and Easter Eggs.”

The book has already enjoyed pre-release praise from horror luminaries such as Mick Garris, who’s called it “A dark and deeply observed tale of drugs and dementia, starting in a very grounded world of addiction and melting down into a phantasmagoria of beautifully rendered madness… a drug-fueled nightmare that feels all too real, and not for the faint of heart!” It’s received further praise from Hellbound: Hellraiser II writer Pete Atkins, who calls it “A richly imagined psychotropic mashup of transgressive horror and visionary world-building, leavened with humor and seasoned with gore.” 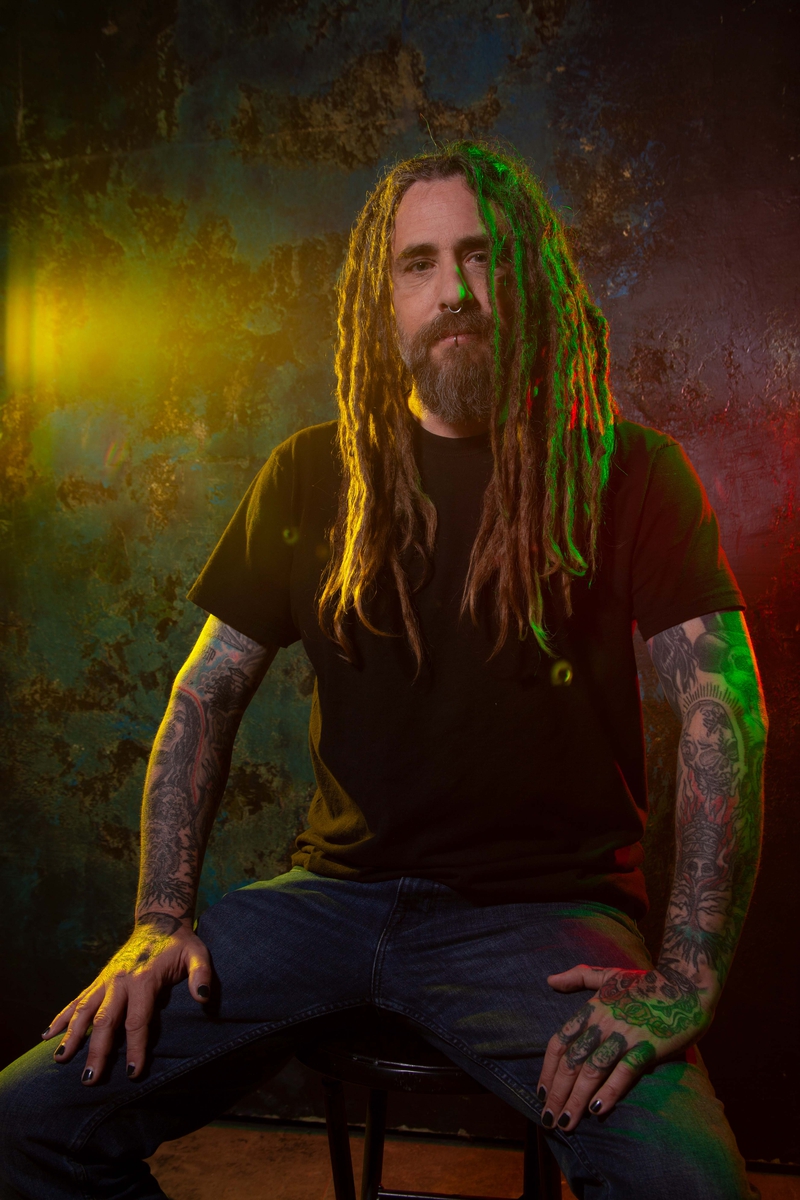 Deeper Than Hell will be available from Enclycopocalypse Publications June 14th (pre-order now), the publisher will also be releasing a collection of Millican’s nonfiction writing culled from his years as EIC at Dread Central, along with an audiobook adaptation of Deeper Than Hell also on the horizon. But we have an exclusive excerpt for you to take a peek at right now. Enjoy!

Editor’s note: Deeper Than Hell follows a pair of homeless, tunnel-dwelling drug addicts. In this exclusive excerpt, first-person narrator Sonny describes his companion, Drew, and his obsession with life underground.

Drew was something of an anomaly and a celebrity in the tunnels. The first thing everybody noticed about him was his surprisingly upbeat attitude. Not what you’d expect from someone living in the hardcore fringes. We’re a generally melancholic bunch. But Drew had a great personality and natural good looks, despite shooting as much Heroin as anyone I knew. Drew didn’t beg, borrow, or steal, yet, somehow, he was never lacking in the necessities (those being Heroin and her corresponding paraphernalia). It was like magic.

He got checks twice a month from a PO Box he rented at Kinko’s, but no one knew where they came from. There was a persistent rumor, probably started by Drew himself, that he’d been part of a one-hit-wonder band in the mid-2000’s—or a boy band.

“They were huge overseas,” someone told me. “Mostly in Japan and Korea.”

Another popular theory was that he was on disability for a seizure disorder, a condition all but cured by his near constant Heroin use.

Other posited explanations included: Section 8 benefits, a secret trust fund, and payments for work as a police informant.

He’d been living underground for a while before I arrived, so I was lucky he took me under his wing. As easy as it is to fill your veins in Vegas, going solo is a dangerous game. It doesn’t matter how big or intimidating you are, loners are easy targets (and I’m not big or intimidating). So, he had my back, and I had his, from day one. We’d watch for interlopers, share food, cut each other’s hair—we’d even spoon on cold nights. We shared a hovel built out of plywood and discarded chain-link. It had a burn barrel out front, a couple of hammocks strung between the walls, and a crash mattress on the floor.

Every night, after slamming, Drew would tell me stories as we drifted off into Warm Oblivion. The blackness that surrounded us, the sick rainbows of spray-paint that covered every surface, would dissolve, melt, and reform into a cinematic panorama of his words. It was better than any movie, more engaging than the most profound works of literature.

“Hey Sonny, you ever heard of the Cave of Letters?” he asked me on my first night underground.

“Back in the 1st Century, the Romans went to the Holy Land to slaughter all the Jews, right, and they built this huge military outpost in the mountains. Now, just recently, archeologists discovered an opening under the city that led to an entire cave system. It turns out, this one tribe of Jews escaped underground to avoid the Romans—and no one knew about it! They found living quarters, and kitchens, and Temples, and even pens for livestock. They only found a few bodies, but at the deepest levels, they found passageways that had been completely sealed off.

“Now let me ask you this,” Drew said, pausing for dramatic effect and to make sure I was paying attention. “Do you think all those people just died off or, maybe came up someplace else?”

“Fuck no!” Drew countered. “Obviously, they moved down even deeper. And they sealed the tunnels so no one could follow them. It’s possible to think they’re still alive down there, all these generations later, completely removed from the surface. Don’t you think so, Sonny? Why wouldn’t they be? They’ve probably evolved to life without the sun. They probably look different now. But I bet they’re still there.

“Now think about this, Sonny…” There was another pause that knocked me out of my nod. “If archeologists just discovered the Cave of Letters a few years ago, how many other underground societies do you think are out there? That can’t be the only one.”

If Drew wasn’t completely lost in his own Warm Oblivion, he’d slide seamlessly into another story, like: “Hey Sonny, did you know the Pyramids are as deep as they are tall?” or “Have you heard about the Rodent People of New York City?” or “Do you know the legend of the Minotaur?” or “Have you heard the myth of Persephone…” There were obvious central themes in Drew’s stories, repeated tendrils that bound them, like the connective tissues of an anthology.

Drew was infinitely more adventurous than I was. He’d go on days-long excursions underground, re-emerging with new stories to tell (and a strong hankering for Heroin).

He told me, for example, about a subway system that ran from the airport to Groom Lake and Area 51. He told me that some of the bigger, newer hotels had dozens of sublevels teeming with extremely illegal activities (like bestiality and live snuff), all catering to extremely wealthy psychopaths. He told me there was a mirror image of The Luxor, a reverse pyramid, directly below it, meaning the hotel is actually an 8-sided diamond.

Over the years, he’d come home with some doozies. Like, Satanic cults and white slavery circuits, drug factories and operating rooms for the surgical harvesting of organs, death merchants and serial killers. Even trolls—real, actual trolls! To be fair, Drew never claimed to have seen these things himself. Usually, it was something he’d heard from someone who’d been living underground since way back when. But Drew believed it—or at least he wanted to believe.

“There’s some seriously crazy shit going on down there, Sonny Boy. Never doubt it.”

Deeper Than Hell will be available June 14th in eBook and in paperback On Amazon, Barnes and Nobel, and wherever books are sold. Pre-order your Kindle copy now.