Still Livid About What Happened To LIVID

Dimension sat on LIVID for a decade but thanks to Shudder, you can watch it tonight. 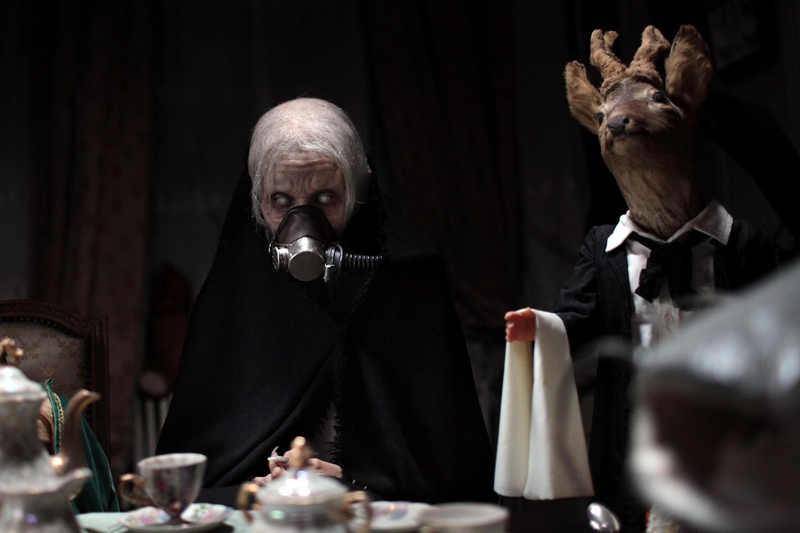 For a while there in the mid to late '00s, French horror was THE thing in the genre, with films like Inside, Martyrs, and Them making strong impressions among fans here in the US, and their filmmakers in turn being wooed by Hollywood. In fact, the team behind Them (aka Ils), David Moreau and Xavier Palud, ended up directing the remake of The Eye, a sort of passing of the torch, as remaking Asian films and hiring their directors to bring some style into junky projects was all the rage throughout the previous five or six years. While North American films were themselves getting more extreme than we had come to expect from our own shores thanks to the success of Hostel and the Saw franchise, these French films often took that intensity to the next level, while also delivering unusual story beats and characterizations that helped distinguish them from the competition.

Things more or less kicked off here with Lionsgate's acquisition and release of Alex Aja's High Tension (aka Haute Tension; aka Switchblade Romance) in 2005 after a successful festival run. It was not a particularly successful gambit theatrically (it was dubbed into English and also cut a bit for an R, so most astute horror fans knew better than to bother), but the proper release on DVD proved popular, and so other films slowly began worming their way onto our shelves. Studios like Dark Sky (Them), Dimension/Weinstein (Inside, Martyrs), and Lionsgate (Frontier(s)) snatched up these buzzy films and put them on their DVD labels, taking advantage of the lesser restrictions by often releasing titles uncut and in their original language from the get-go (a cut version of Inside was also available, with seven full minutes excised). The filmmakers also got to work with bigger budgets; Aja had the most success thanks to his remakes of The Hills Have Eyes and Piranha, but Inside's Alexandre Bustillo and Julien Maury were attached to a number of high profile projects (including a Halloween sequel) that unfortunately never worked out before finally making their US debut with Leatherface, and Martyrs' Pascal Laugier followed it up with his English language debut The Tall Man, starring Jessica Biel.

But there was a hurdle for their major films: they were simply too much for some audiences, even those accustomed to horror films. To this day, my wife grimaces and "grrrs" when Inside comes up, as she found it too upsetting to watch - in twenty years, she's sat with me for a lot of horror movies, and that remains the only one she ever got angry about and left the room. And many of them could have "torture" in their IMDb keywords, another thing that isn't easy for people to stomach; it's easy enough to watch someone get their head cut off, but a prolonged sequence of that same character having their fingernails pried off is another story. Unfortunately, these filmmakers weren't making waves by toning things down, so it was hard to marry their sensibilities with the needs of a studio film (indeed, the aforementioned team behind The Eye remake ended up being replaced in post-production, and they haven't worked together since). So most of them just went back to France, and the number of French horror films finding cushy releases here dwindled. 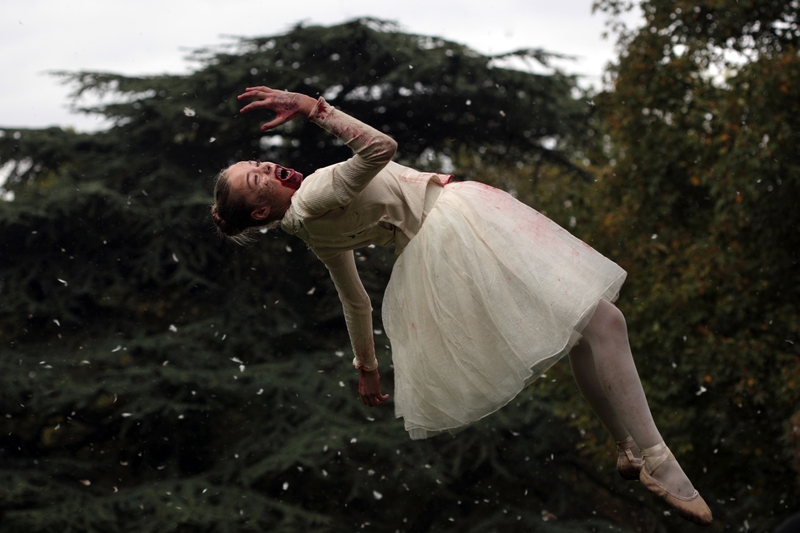 I can't help but wonder if things could have been different had Dimension actually released Livid instead of sitting on it for a decade. Bustillo and Maury's follow-up to Inside starts off in similar territory, with a home invasion (except this time it's a trio of down-on-their-luck young folks who plan to rob a house of its rumored riches) and an emphasis on nearly real-time suspense. But things never get as violent as Inside, and the plot goes into supernatural territory that sets it apart from not only their previous film, but most of the French horror of the period as well. Things might get weird in those films, but rarely into full on supernatural territory (even Laugier's Tall Man, built around a ghostly boogeyman story, turns out to be grounded in reality), and I truly believe if this film was given a proper release, it might have opened up even more opportunities for these import films and filmmakers.

In fact, Dimension bought the film primarily as a means of remaking it. While that never happened, it's easy to imagine that a slightly less "weird" version (it goes into territory that's been compared to Guillermo Del Toro's "dark fairy tale" work) would be a hit in the US. In contrast, I can't see remakes of these other films ever being much of a draw* (Inside and Martyrs' remakes were both sent direct to video without any fanfare here). There is some violence in the film, but nothing too brutal or torture-y, and given Don't Breathe's success, it's clear audiences don't mind following heroes that are hard to root for when they're trying to steal from someone who never did anything to them. It's even got some humor; while referencing Halloween III *now* is pretty common, back in 2011 it was a delightful surprise to see our protagonists encounter a trio of trick 'r treaters wearing some very familiar masks (one hero even sings the "Silver Shamrock" song to assure us it's not a coincidence).

Obnoxiously, the Weinsteins' financial and legal issues kept the film in limbo for so long that it's been kind of forgotten (Bustillo and Maury's spotty track record since hasn't helped, alas). Its debut this week on Shudder, along with a number of the films mentioned above, will be the first time this film - now over a decade old! - will be given a legitimate/legal release in the US (thank you, Sam Zimmerman, for fighting the good fight!). A happy ending, to be sure, but I kept thinking of the irony, that the most accessible of these films with regards to its content became the one that was the hardest to legally watch. I've seen movies I don't even like more than I've been able to easily watch this, the solid sophomore effort from the team behind one of my favorite genre films of the past twenty years.

*Maybe Them because someone is reading this right now saying, "The Strangers ripped it off so it's basically a remake", but that's not true - Strangers was a delayed film, which didn't help, but a few seconds' research will show that it was already in production at the time of Them's first screening. That they aren't really all that similar doesn't seem to matter to these snobs, but it's fun to point out their conspiracy theory has no basis in reality. Sorry, haters!

Livid is now streaming on Shudder, click below to watch now.