It's time to demystify this scare tactic. 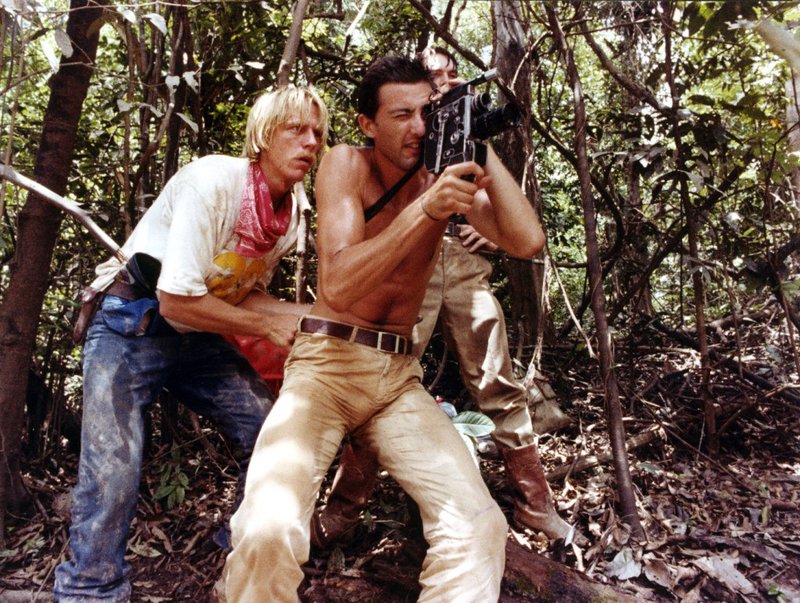 Snuff films are the biggest myth in the film industry. Despite countless accusations and panicked investigations, no snuff film has ever been turned up. No convictions have ever been made. In short, snuff films are a scare tactic, dreamt up by the media to terrify the public.

There is a very specific definition for snuff films. They are considered films in which a person is killed on camera. The death is premeditated, with the purpose of being filmed in order to make money. Often times, there is a sexual aspect to the murder, either on film (as in, a porn scene that ends horribly) or that the final project is used for sexual gratification. Some of the most famous examples of real death on film (for example, the scene in the Rolling Stones’ concert film Gimme Shelter in which the Hell’s Angels are beating on a concertgoer; later examination of the scene revealed he was actually killed) are not considered snuff because the deaths were not planned. Other death on video, like terrorists beheading victims, are done to fulfill an ideology (no matter how wrongheaded), not to earn money.

The origin of the term “snuff,” in this context, is hard to track down, but it was thought to have first been used by Ed Sanders, in his 1971 book The Family: The Story of Charles Manson’s Dune Buggy Attack Battalion. The term was used in reference to some films that were allegedly shot by the Manson Family, and buried out in the California desert. In the summer of 1969, Manson and his followers stole an NBC news truck loaded with film equipment. An anonymous Family member claimed to have heard about a snuff film that the group shot; however, this person never actually saw the film. These snuff films were never found, nor was any evidence that they existed, but the moniker stuck.

The Manson Family quickly became an integral, if unwitting, aspect of snuff films. Briefly, Charles Manson was a lifelong criminal who used the Summer of Love to indoctrinate about twenty young women (and a handful of men) into his “family,” a cult that lived on an abandoned movie ranch. In August 1969, he convinced a few of his cult members to sneak into the Hollywood Hills and murder actress Sharon Tate and several of her friends. Several nights later, the Family killed supermarket executive Leno LaBianca and his wife, Rosemary. Manson instructed his followers to write “witchy” things on the walls in the victims’ blood. All of this, Manson believed, would begin “Helter Skelter,” a race war that he believed was prophesied in the Beatles’ song.

In 1971, husband-and-wife filmmaking team Michael and Roberta Findlay went down to South America to shoot their Manson-themed, hippie-cult slasher flick, Slaughter. The utterly forgettable, lightly fictionalized retelling of the Manson Family murders sat on the shelf for years before Allan Shackleton, an early name in the exploitation film market and the head of Monarch Releasing Corporation, had an idea.

Rumors had been circulating in the early 1970s about snuff films coming to the States from South America. Though not a single one of these alleged imports was ever discovered, Shackleton took advantage of the hype. He hired a man named Carter Stevens to film another five minutes of footage to paste onto the end of Slaughter.

As Slaughter ends, the camera angle switches to that of a long shot, depicting the crew wrapping up the end of the film. With all the “behind the scenes” action now visible, the crew begins to clean up when a stagehand admits to the director that the gory last scene turned her on. The director uses this as an excuse to start fooling around with her on the prop bed, but she quickly realizes that the camera is still recording them. She tries to stop, but that only encourages the director. One of the crew members delivers tools to the director, which he uses to gruesomely tear his victim apart. The film runs into leader-tape, making it appear that the only reason they stopped was that they ran out of film.

Snuff, as it is now titled, is devoid of credits, adding to the “illicit-ness” of the new film. Shackleton came up with several advertising lines that ensured its profitability: “The bloodiest thing that ever happened in front of a camera!!” “The picture they said could NEVER be shown….” And most well-known, “Filmed in South America… Where Life is CHEAP!” Though it was pretty obvious that it wasn’t a real-life snuff film, the general audience was curious enough that they had to see it… and the women’s organizations that were picketing it only added to the allure.

In the fifty years that have passed since the term “snuff” was coined, there have been plenty of hoaxes, fakes, and investigations that led nowhere. Two of the most frequently cited snuff films come from South America. One is called Snake Feast and features young girls being eaten by a giant snake; the other is Gator Bait Ten, in which ten girls (or young women, depending on who you ask) are torn apart by a pack of alligators. No evidence of either of these films exist; their existence relies on word-of-mouth and hearsay.

1980’s Cannibal Holocaust is well-known as a nauseating film, but one full of special effects; nothing more. (The animal deaths were real, but the human deaths were not.) The first “found footage” film, it follows a group of explorers who travel into the jungle to seek out the truth about what happened to a group of documentary filmmakers. What they discover from the footage found in the jungle is rape, torture and murder, frequently at the hands of the supposedly “civilized” documentarians. Italian officials arrested director Ruggero Deodato within weeks of the film’s premiere. Initially, he was just charged with obscenity, related to the animal deaths. A French magazine, Photo, suggested the film was genuine snuff, which caused the courts to amend the charges. Deodato was charged with murder. Ironically, Deodato made his actors sign contracts that prevented them from appearing in other productions, or giving any interviews for one year after the film’s release. This was to preserve the idea that the film was, in fact, real. Deodato released his actors from the contract and they appeared in court. Since the “murder” victims were alive and well, all charges were dropped.

One of the most notorious investigations into snuff involved Charlie Sheen and one of the infamous Japanese Guinea Pig films. The 1985 film in question, Guinea Pig 2: Flower of Flesh and Blood, doesn’t have a plot; it is basically forty-five minutes of a guy dressed as a samurai dismembering and disemboweling a young woman. In 1991, actor Charlie Sheen came into possession of a copy of the film. He was so horrified by what he saw, and so convinced of its legitimacy that he turned it over to the FBI. The FBI and the Japanese police were already investigating the film. Ultimately, it was determined that the film was a simulation; no one was injured in the making of any of the Guinea Pig movies. Around the same time, a British man was caught importing a copy of Flower of Flesh and Blood into the country. He was arrested for possession of a snuff film, but the court determined the film was a fake. Even still, they fined him six hundred pounds as a sort of “warning.”

Over the years, multiple serial killers have been rumored to have created snuff films. Some, like Henry Lee Lucas and Ottis Toole (Lucas was convicted of three murders; Toole convicted of six; both claimed to have killed hundreds), claimed to have filmed their kills; both were pathological liars and these videos were never discovered. Leonard Lake and Charles Ng (Lake killed himself upon arrest; Ng was convicted for eleven murders and suspected of up to twenty-five), filmed themselves raping and torturing several of their victims, but never the actual murders. Fred and Rosemary West (Fred killed himself upon arrest, leaving his wife Rosemary to be convicted of ten murders, including Fred’s stepdaughter and her own daughter) were known for creating homemade porno films, which naturally led reporters to muse that maybe they made snuff films, too. None were ever found.

1 Lunatic 1 Ice Pick was uploaded to an extreme gore website on May 25, 2012. The video showed a perpetrator in a purple hoodie stabbing, dismembering, decapitating and sodomizing a dead body, later identified as student Jun Lin. (Reports state that the police found an “extended” cut of the video that included cannibalism.) Viewers of the video were so disturbed by what they were watching that several notified the police. Ironically, the police dismissed the complaints, in large part due to years of chasing down what ended up being snuff hoaxes. It wasn’t until body parts were shipped to local political parties that the police realized the video was, in fact, the real thing. An international manhunt took place, before Magnotta was finally arrested in Germany and extradited back to Canada. He was convicted of first-degree murder, as well as a handful of lesser charges and is currently serving a life sentence.

Why is 1 Lunatic 1 Ice Pick “close to snuff” if the murder is never shown on the video? This film was edited, with multiple camera angles and rudimentary production values. 1 Lunatic 1 Ice Pick even opens with a title screen and had music (“True Faith” by New Order – the same song that opens American Psycho). It was not sold for money, but for “likes.”

Ultimately, snuff films are like the “Satanic panic” of the 1980s. They terrify and disgust people, but no evidence of their existence has been found. Death on film absolutely exists: news footage of war zones, propaganda videos, accidents. But an underground industry with people being murdered for the amusement of others? Not a chance.

Summer of Darkness at the Alamo Drafthouse