Mrs. Claus, elves and the North Pole are on the list for the next entry into the Santa Extended Cinematic Universe. 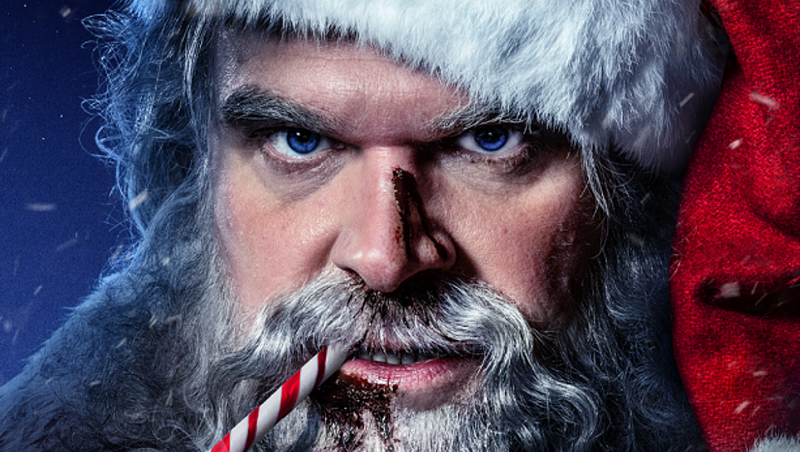 In an exclusive today, The Wrap have revealed that Violent Night, 2022's much loved holiday hit, has a sequel in the works that will see David Harbour's Santa return to clean up the naughty list.

After its early December release date, Violent Night brought in a very festival $75 million globally on a budget of only $25 million. The film follows the story of Santa Claus (who reveals his origins as an ancient Viking warrior), as he fights off against a group of mercenaries intent on ruining one family's Christmas. Alongside Harbour, John Leguizamo (The Menu), Alex Hassell (The Boys) and Alexis Louder (The Tomorrow War) starred in the Christmas action comedy.

When asked what a sequel might mean for Santa, Wirkola teased that;

“There’s stuff we left on the floor like the North Pole, Mrs. Claus, the elves [...] But story-wise I think we have a really, really cool idea that expands on the world and scope, but still keeping that tone that we love from the first one.”

Violent Night 2 will see Tommy Wirkola, Pat Casey and Josh Miller returning to direct and write respectively. According to Wirkola, the team are still in the "We’re talking about it and we’re just making deals and getting everything in order" stage of production.

No further details are known about the plot, casting or release date for Violent Night 2 just yet, so you've got plenty of time to get yourself on the nice list while you wait for updates.