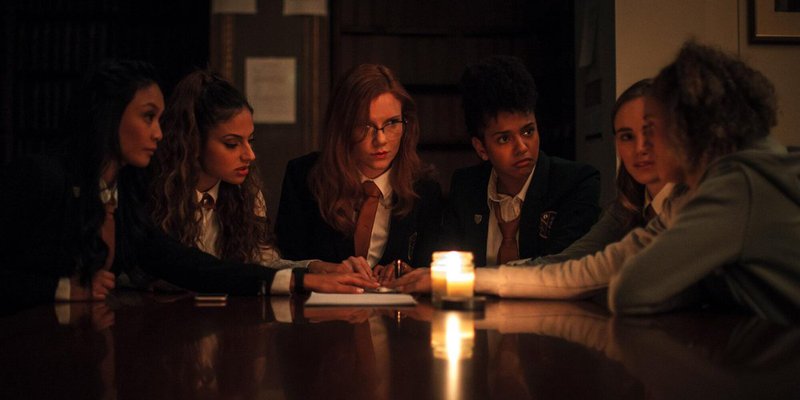 I was lucky enough to watch Seance recently and speak with Barrett – the writer behind You're Next, A Horrible Way to Die, The Guest and more – for our upcoming issue of FANGORIA magazine (subscribe here!). While most of that conversation will be saved for the hallowed pages of Issue 12, I wanted to share a little tease from Barrett:

"[After The Guest], I felt like, 'Well, this is a perfect opportunity for me to get back to what I always wanted to do,' which was directing and being much more involved with the technical aspects of film. And so I just knew as soon as I wanted to do that, that it had to be a boarding school murder mystery. It was just a story that I'd wanted to tell my entire life. And I just was looking for the right approach.

And I wrote the script actually back in 2014, not too long after we did The Guest. And at the time it felt very in the wheelhouse of a very specific thing that I was doing, which was slasher movies featuring a mysterious stranger as the protagonist that are loosely based on John Hughes films, which is such a specific thing that I really pretty much have to say that I'm never going to do it again after Seance. But following You're Next and The Guest, that was just the vibe that I was on...

And so Seance was the story that I wanted to pivot to. And honestly, it just was a project that no one else had my passion for, so I knew it was the perfect thing for me to go off and figure out how to do just totally on my own."

Below, check out the synopsis and poster for Seance, also starring Madisen Beaty, Ella-Rae Smith, Inanna Sarkis, Seamus Patterson and Marina Stephenson-Kerr. It lands in theaters and on VOD on May 21 before streaming on Shudder later in the year.

In Séance, Camille Meadows (Waterhouse) is the new girl at the prestigious Edelvine Academy for Girls. Soon after her arrival, six girls invite her to join them in a late-night ritual, calling forth the spirit of a dead former student who reportedly haunts their halls. But before morning, one of the girls is dead, leaving the others wondering what they may have awakened. 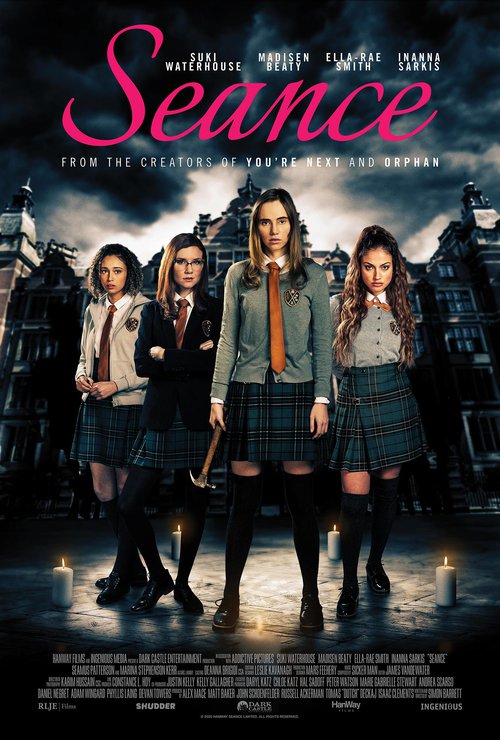