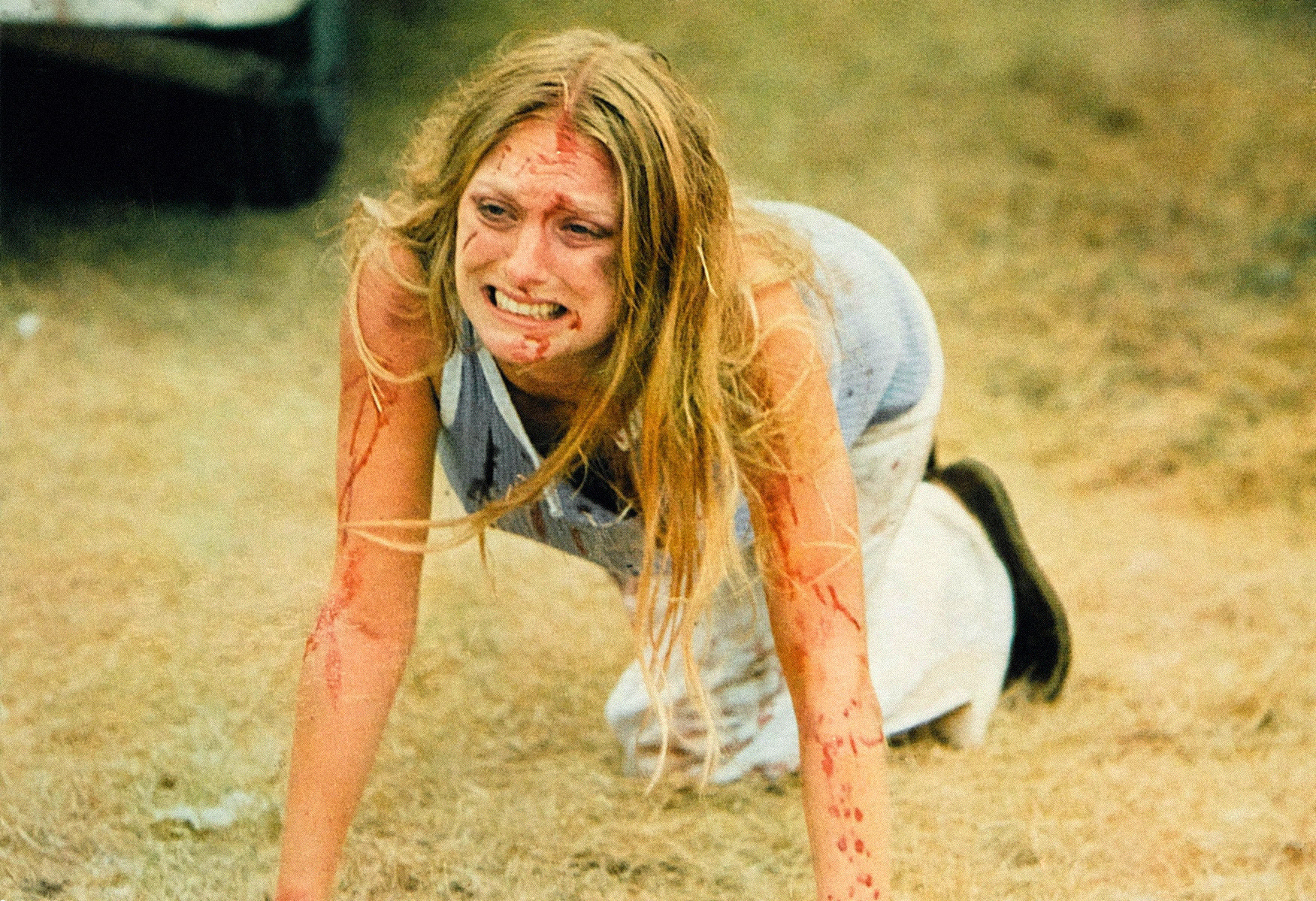 e all remember the one: the first horror film that you saw at an impressionable age that messed you up for life and led to your obsession with scary movies. We’ve quizzed some of our favorite industry fiends to find out what horror movies scarred them for life! How many have you seen?

“The Texas Chain Saw Massacre [1974]. During my last year in middle or high school, I wanted to see a revival of Charlie Chaplin’s City Lights in a theater, but for some reason, I wasn’t able to go as planned. Then I saw this billboard of a blonde girl making a scary face. But I thought it was an erotic or sexy film. I said, ‘I’m going to go see this thing!’ So, I went and I watched it and it was completely different than what I imagined; it defied my expectations. Like the murderer hitting people over the head with the hammer and all those bloody scenes. At the time, it was really shocking. I thought, ‘Movies are really dangerous. You can’t just go see a movie when you feel like it. You have to be emotionally prepared to go watch a movie.’ And I remember watching Texas Chain Saw Massacre and feeling that shock. That was the one movie that impacted me the most.”

“The one that really hit home was House of the Devil [2009], which I saw when I was 14. I loved that one. The fact that they were able to capture the 1980s essence without making it too campy was really great. And even though they were going for that specific time/era, they changed it a little bit too, instead of just making it by the book. It was a multilayered thing that I really was fascinated by.”

“Dracula became my favorite movie character the day I saw Christopher Lee play the part in Horror of Dracula [1958]. This wonderful Gothic masterpiece, with a Dracula who was cultured, imposing and viciously terrifying, launched me on a lifelong obsession with Hammer films,which continues to this day. I also discovered Peter Cushing, who I firmly believe is the greatest actor to ever make his career chiefly in horror movies.”

“The Exorcist [1973] changed my life. My Catholic nuns told us that the perversity of Satan was that he could possess anyone,at any time. So, it didn’t matter if we were good or bad. The point of the possession was to test the faith of those around us. The possessed kids — we were just the disposable shells. The concept of that, and of lost memory, absolutely terrified me. It didn’t help that I first watched The Exorcist for my 11th birthday slumber party in sixth grade. I have no idea why my parents thought that was a good idea, and I can only imagine how annoyed the other moms must have been (plus we sneaked in two beers). After seeing that movie, I spent about a year looking under my bed for that creepy shadow demon. In hindsight, it’s the disposable part that bothered me most. The movie and the people who talked about possession always seemed to focus on how hard-hit the adults were by it — the community. But Regan was the real victim, and what seemed perverse to me then, and continues to bother me, is that focus on the adults. As if faith is the issue, at all.”

“The horror movie that changed my life is, not surprisingly, Friday the 13th, Part VII: The New Blood [1988]. It was such a dramatic change in my life that it is hard to put into words. To go from a working stunt person who was almost always anonymous (which was totally fine with me, by the way), to a person known for playing a character that was recognized around the world was almost beyond comprehension. Especially considering that change happened almost immediately, once the film was completed.Not released, just completed. To suddenly be asked to sign autographs and to do interviews was just so foreign to me. Jason definitely put Kane Hodder on the map.”

“The horror movie that change my life is definitely Jaws [1975]. After seeing it, I was so afraid to swim in open water. You feel so vulnerable and traumatized after seeing Jaws, it keeps growing inside you. I was so fascinated, probably because I was young,but it gave me the desire to tell stories. I wanted to know how to do that, how to make movies. I had never seen anything like this before, and the intentions in the film are so strong, you want to understand how they did it. Later, I was reading The Jaws Log by Carl Gottlieb, an amazing book about the shooting of Jaws,and I knew my life would be connected forever to filmmaking.”

“It’s two because they happened around the same time. Despite our mother being a horror fan, I was not allowed to watch horror movies because I have a big imagination, and I wouldn’t sleep for a week because I would drive the monsters into my room with me. Then my mother died. My father was trying to cheer my sister and me up, and he said, ‘Mommy’s no longer with us, but let’s use the opportunity to allow in anything from her administration that she didn’t like.’My sister and I had two petitions. One was, ‘Can we grow our hair?’ because my mom would keep us with very short hair. And the second one was, ‘We want to watch horror movies.’ And my father didn’t have it in him to deny us. So that very season, we went to see The Shining [1980] and Alien [1979]. And, for me, the space that exists between those two is everything you need to know about horror.

“In Alien, it works because you never fully understand the threat. There’s a monster, but every time you see it, it’s changing to something new and you don’t know the rules. The Shining is about the monsters that you carry inside and how they will invade your entire life if you don’t have them under control. And those are things that I still am fascinated by.”

“Tod Browning’s Freaks [1932] is my favorite horror movie of all time. Great characters. Great story. Great message. As powerful today as the first time I watched it as a kid. It’s the only movie that makes me teary-eyed on repeat viewings. Both sides of humanity on full display … cruelty and compassion. I love outsiders, and this is the ultimate outsider movie.”

“‘Where Is Everybody,’ The Twilight Zone [1959]. I stumbled upon the pilot episode of The Twilight Zone as a 5-year-old expecting to see Saturday morning cartoons at 4 a.m. The sense of disorientation was one I had experienced in life but never in entertainment. From that point forward, there was no turning back.”

“Begotten [1990]. Found this on an endcap in the DVD section of the Virgin Megastore (remember those?). The movie I would discover that evening remains one of most disturbing I’ve ever seen; beautiful, grotesque and arcane. I was so disturbed, in fact, that I turned the film off 20 minutes in and didn’t see it in full until years later.”