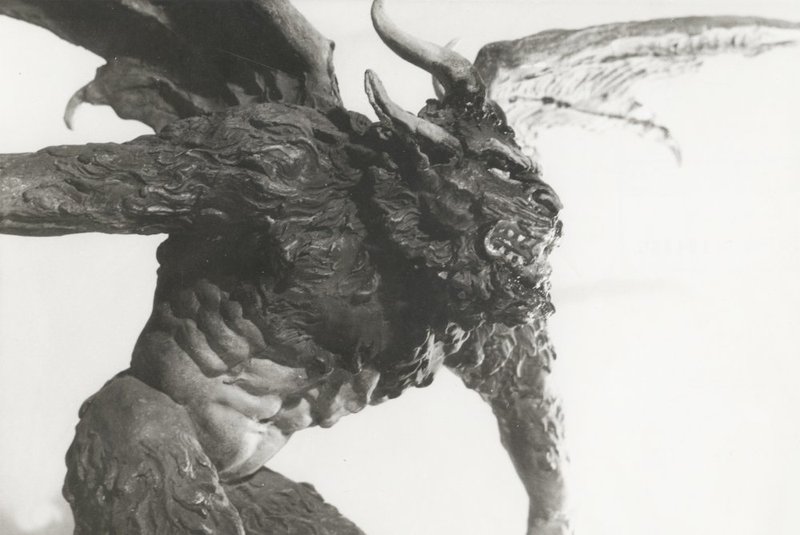 The monster business in NIGHT OF THE DEMON changed Ramsey Campbell.

These are the horror movies that scarred a generation, a generation of filmmakers that have spent their careers scarring you! Once again, FANGORIA turns to some of our favorite nightmare weavers to find out which horror movies got under their skin! 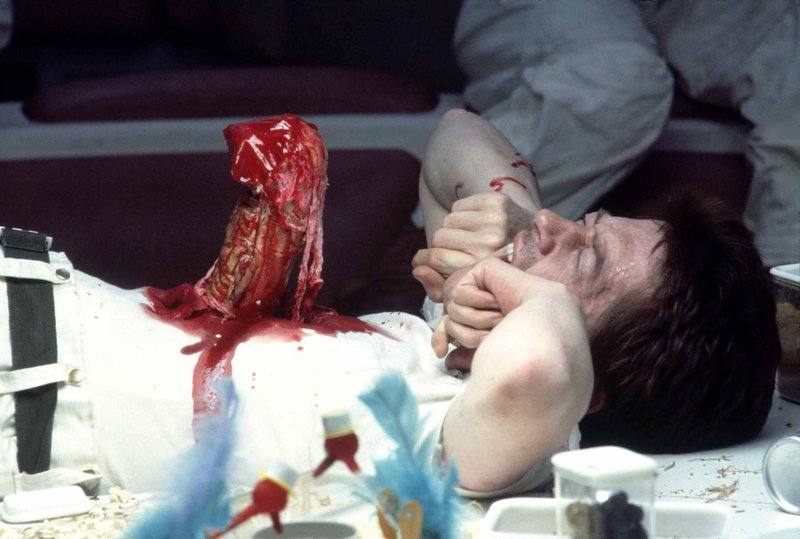 “My dad took the family to opening weekend of Alien (1979) when I was 8 years old. Downtown Washington, D.C., one of the old, classic theaters. I didn’t know anything about the film; for all I knew, it was a comedy. I remember the faces of the previous audience while they filed past us in line as they were letting out. They were pale. During the chest-burster scene, my mother threw her Coke onto the people sitting behind us. They didn’t get up; they stayed to watch the rest of the film soaking wet. And I was changed for life.”

“Jaws (1975) hit me when I was 12-years-old. I’d loved monsters and sharks since I was little and had read the bestseller when it came out. I’d seen Duel by the same director and intuitively understood good filmmaking. Jaws was a gut punch: naturalistic characters, a monster that could actually exist, and filmmaking I could tell was crafted. But there was a danger in the hand-held camera, location shooting, long takes… And I loved the setting, the colors, the aesthetics… it all connected for me. I even tried to remake it in Super 8 with G.I. Joes and a 6-foot Orca. The next year, Taxi Driver came out, and I found a new kind of horror and a new kind of love. For one year, I was in sync with the culture. Then came Star Wars in summer 1977 and I never felt that grit again as blockbusters took over.”

“I saw Frankenstein Conquers the World (1965) with my mother when I was 10. Up to that point, Frankenstein’s monster existed for me in American movies and in plastic models I built and painted. I was disappointed at how different he looked but was ultimately astonished to see something human-like grow huge and fight another giant monster. Two years later came the birth of Ultraman, and I wonder if this wasn’t its inspiration. The process of showing the Frankenstein monster’s growth proved to be a milestone as well.”

“For me, it was The Mummy from 1932 starring Boris Karloff. Watching that film as a child on late-night TV, I was haunted by the notion that the dead could come back … and want something! Boris’s performance as the Mummy in both forms, bandaged and in more human, ‘alive’ form, gave me terrifying chills. I think it was his cold stare. So menacing. So still. So much horror could happen from that stare.” 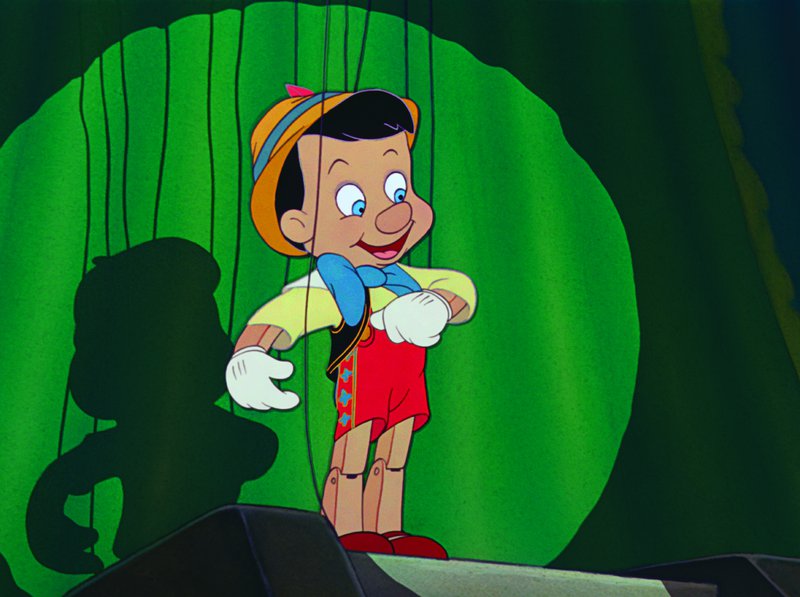 The thing that goes bump in the night...

“Pinocchio (1940). Seriously. It was the first movie I ever saw at age 4. I was familiar with the abbreviated story, but the horrifying visual account of what could happen to poor Pinocchio terrified me when it was brought to life on the big screen by Disney. My own imagination wasn’t yet capable of such an interpretation. I started crying when the wolf took his apple. I knew that bad things were coming. And then, when the homeless boys started to change into animals, I lost it completely and had to be taken from the theater. It was the first realization for me of how the human imagination could take the words of a story and come up with a unique and frightening perspective. A week later, I begged to be taken back so I could see the whole movie.”

“I was 14 when I started going to see horror films. In Britain, they were nearly all restricted by an X certificate, which meant you had to be or at least appear to be 16 to get in. Among the first I saw was Jacques Tourneur’s Night of the Demon (a.k.a. Curse of the Demon, 1957). It was playing second feature to The Tingler, which I quite liked. Then Tourneur came on second — in those days, the supporting film played once in the middle of the show, while the main feature was shown twice. Before the opening credits of Night of the Demon were over, I was enthralled by the introductory voice-over accompanied by Clifton Parker’s great score over shots of Stonehenge. Maurice Denham’s drive through the spectral night is one of the greatest first scenes in all horror film, and by the time he encountered the demon, I knew it was a classic—in fact, I fell in love with it. It became my touchstone for atmosphere, to which few other horror films measured up. As far as the early appearance of the demon is concerned, it unbalances the film in one way — it means we hang around for Dana Andrews to accept what we already know — but all the same, I wouldn’t personally be without that scene, which I still find luminous with dread. As a writer, I aspire to achieve the kind of atmospheric supernatural terror that I love in that film. I must have seen it a dozen times or more, and I look forward to repeating the experience. As for the demon itself, I’d call it iconic and wonderfully daunting.”

“Jacob’s Ladder [1990] leaves me paranoid for reasons I’m not sure why. I was agoraphobic in my late teens, and Citadel is about that. But it’s just something about the imagery and sound design in Jacob’s Ladder that just literally gets under my skin. There’s definitely something psychological happening there that taps into my mind. Every time I watch it, I just feel uncomfortable, and that’s craft in order to make people really feel that. Not in a disgusted, turn-it-off way, but a very compelling psychological way. It just literally gets under my skin, and at the same time, it’s an emotional drama wrapped in a very effective horror wrapping.” 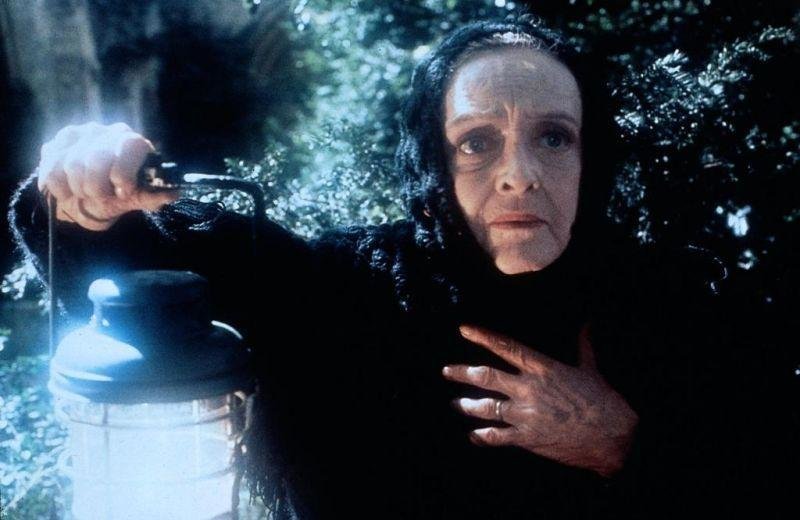 She's got Bette Davis eyes. Come on, you would have written it, too.

“The horror movie that impacted me the most is 1980’s The Watcher in the Woods. I saw it on video tape when I was 6 years old and haven’t been the same since. A hauntingly bizarre gem made even spookier by its PG rating and eerie restraint. It feels like someone said, ‘Hey, let’s make a generation of children horrified to look into mirrors.’ I’m still scared to comb my hair, and I still think the best way to terrify an audience is through the power of suggestion.”

Alejandro Brugués, director (Juan of the Dead, Nightmare Cinema, From Dusk Till Dawn: The Series)

“The film that both scarred me and changed my life was The Evil Dead (1981). I saw it when I was probably 8 years old, and I still don’t know how it made its way to me without my parents checking first what I was watching. But I’m glad it happened. I don’t know how many times I watched it, but it became the best thing I had ever seen. After that I only wanted to watch horror. And Evil Dead is the reason I do what I do today. Also, I totally lost my shit a few years later when I found out there was a sequel, which I actually love even more.”