Exclusive: We're Getting A SCARE PACKAGE Sequel And Aaron B. Koontz Is Here To Tell Us About It

Come take a peek at the RAD CHAD'S REVENGE teaser. 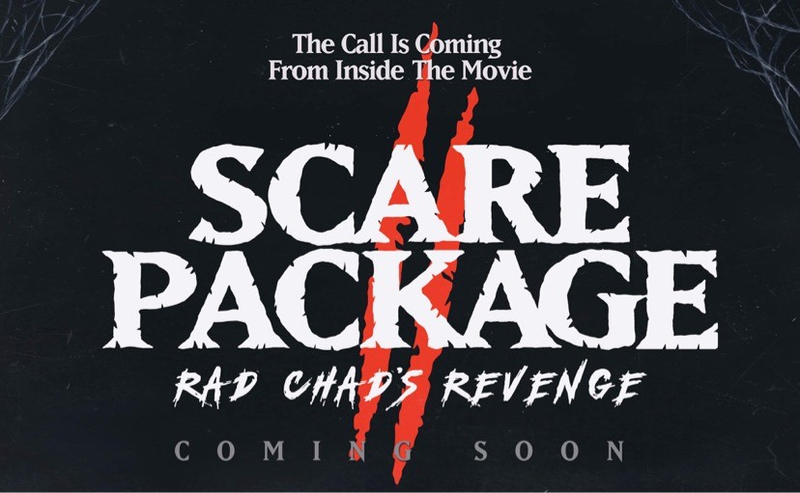 Scare Package topped many of our 2019 "best horror of the year" lists, and for good reason. The anthology horror introduced us to Chad Buckley AKA "Rad Chad" and his video store, an homage to horror — Rad Chad's Horror Emporium. Chad regales a new hire with tales of the macabre, from werewolves to killer candy, to a goopy trek through the woods, though nothing is quite as it appears. With the help of Joe Bob Briggs (yes, that Joe Bob Briggs), Chad steps into the role of hero... and if I'm being quite honest here, into our hearts.

We've been hungry for more Rad Chad (no, we never imagined saying those words, but here we are!) Scare Package creator Aaron B. Koontz heard our pleas and is delivering with Scare Package: Rad Chad's Revenge. Koontz stopped by to talk with us about the much anticipated upcoming sequel, "I can confirm that there is a sequel to Scare Package. I can also confirm that this video is indeed the announcement of said sequel. I cannot confirm, though, that Rad Chad may or may not be enacting some form of revenge. Shit, I think I've said too much."

Alright, so Koontz has shared with us exclusively that he basically can't share anything yet. BUT we are pretty excited to at least have confirmation on the sequel. He also told us that this is truly unlike any horror anthology ever made, and it promises more blood, practical makeup FX, and "an insane roster" of talent on board. Another piece of fantastic news — all segments have been shot, which means maybe we are closer than we realize to Rad Chad's Revenge! And while we may not have much to tell you just yet, we do have such sights to show you! Check out the official teaser for Scare Package: Rad Chad's Revenge coming to Shudder... hopefully very soon.

In the meantime, check out Scare Package streaming on Shudder. Click below to watch now: