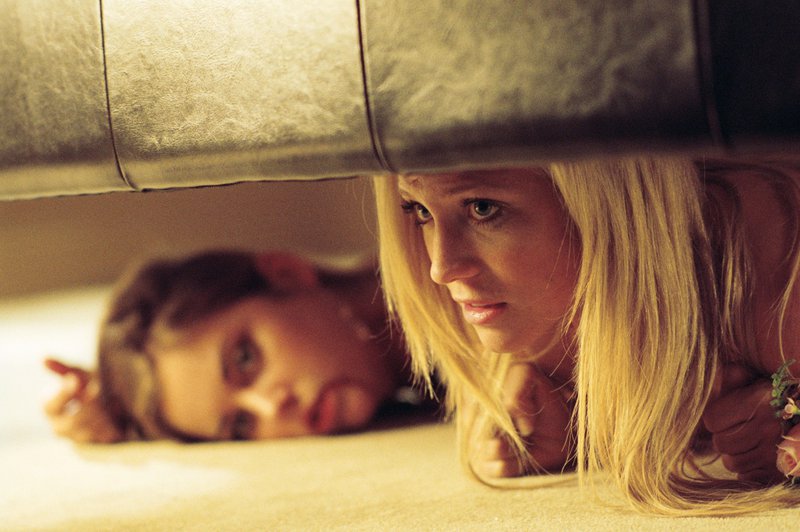 Editor's Note: This was originally published for FANGORIA on April 11, 2008, and we're proud to share it as part of The Gingold Files.

Prom Night is as awful as a movie can be without being technically incompetent, with a script that could only be emptier if it didn’t actually contain any dialogue. It’s a lazy, lifeless, senseless insult to the horror genre that also, even after The Hitcher, Black Christmas, When a Stranger Calls, etc., manages the not inconsiderable feat of being the very worst in the ongoing string of ’70s/’80s genre remakes.

Actually, it doesn’t really function as a remake, having only the title and setting in common with the 1980 Prom Night (whose creators receive no credit here, and are probably just as happy not to). That Paul Lynch-directed, Jamie Lee Curtis-starring film was no great shakes in the slasher pantheon, but at least it attempted to build a sense of mystery and let us get to know its characters before the title event got underway. Prom Night 2008, conversely, lays all its villain’s cards on the table right away and focuses on a group of young people so bloodless, it almost makes sense that there’s barely any splatter when they’re throat-slashed and gut-stabbed.

Our heroine is Donna Keppel (Brittany Snow), a high-school senior who for three years has been dealing with the trauma of witnessing her family’s murder by Richard Fenton (Johnathon Schaech), a teacher who had developed a perverse fixation on her. Still afflicted by nightmares about the event (poor Ming Wen, such a promising actress a decade ago, is stuck in the one-scene stock role of Donna’s shrink), she nonetheless attempts to put her past behind her as she heads off to prom with her boyfriend Bobby (Scott Porter) and two other couples. Meanwhile, local detective Winn (Idris Elba) gets the news that Richard has escaped his maximum-security confinement (by crawling up an air duct!) three days before, and heads to the hotel where the dance is taking place. The question is posed not once but twice why it took so long for Winn and his fellow authorities to be notified, with the answers vainly and unconvincingly obscured.

Having cleverly disguised himself by cutting his hair, shaving his beard and donning a baseball cap, Richard shows up at the hotel and proves himself to be the least interesting screen stalker in recent memory, skulking around looking less obsessive and deranged than mildly troubled, as if he’d forgotten to file his taxes on time. Meanwhile, Donna and her pals engage in generic blather about how this night represents a turning point in their lives, how they’ll soon be going their separate ways, etc., before finding excuses to head up alone to their hotel suite, where Richard is lurking.

Throughout, J.S. Cardone’s script manages not to include a single intriguing character, a single surprise, a single twist, a single cool setup-and-payoff or a single imaginative horror setpiece. There’s a bit of huggermugger about the competition for prom queen, but that never goes anywhere; shouldn’t the bitchy girl get the comeuppance she has obviously been established for? Neither does a bit in an elevator, where Richard stands by in the back while the oblivious Donna and her girlfriends are propositioned by some lecherous businessmen. Why doesn’t Richard punish these guys for coming on to the object of his desire, with a side order of irony considering his own pedophilic designs on her? Instead, Prom Night plays as if Cardone has never heard of the word “irony,” much less felt motivated to include any in his screenplay.

Director Nelson McCormick makes his feature debut here after numerous TV credits, and indeed the movie not only feels like he’s never made a horror film before, but never seen one either. Its approach to screen terror is a barrage of clichés that were tired back when the first Prom Night came out, as characters endlessly make their way through supposedly empty rooms calling their friends’ names and walk or run backwards, the better to bump into the killer or objects that can trip them up. There are also countless fake scares as the young people are suddenly startled by their friends—and when none of her pals are around, McCormick actually tries to goose the audience by having Donna stumble into a table lamp! He also throws a bit of “bullet time” into one murder, for no apparent reason and to no particular effect.

All this is just tedious and annoying for the first 50 minutes or so, but then it descends into outright inanity as Winn realizes Richard has crashed the party and orders the hotel evacuated—and Donna, who has been haunted by the killer for years and lived in dread of his return, responds to the massive police action at her prom by going up to her hotel room all by herself. There follows a shot-by-shot ripoff of one of the best scenes from The Silence of the Lambs, and a final reel of action dependent on the fact that, as he has been before, Richard is able to enter rooms, dispatch victims, move bodies and sabotage phone lines without people five feet away noticing.

Prom Night didn’t scare me, not one teensy-tiny bit, but it did leave me angry. Angry that the state of Hollywood horror has descended to the point where a project this barren can be greenlighted by a studio. Angry that, given its PG-13 rating and teen-friendly subject matter, they’re probably right, and this movie will be a hit with the youth crowd and outgross any number of worthier big-screen chillers. And most of all, angry about the fact that having taken a middling vintage slasher flick’s name in vain, this team is now in the midst of bowdlerizing the psycho-film standout The Stepfather. Someone please stop these people before they get their hands on Jack Sholder’s Alone in the Dark…