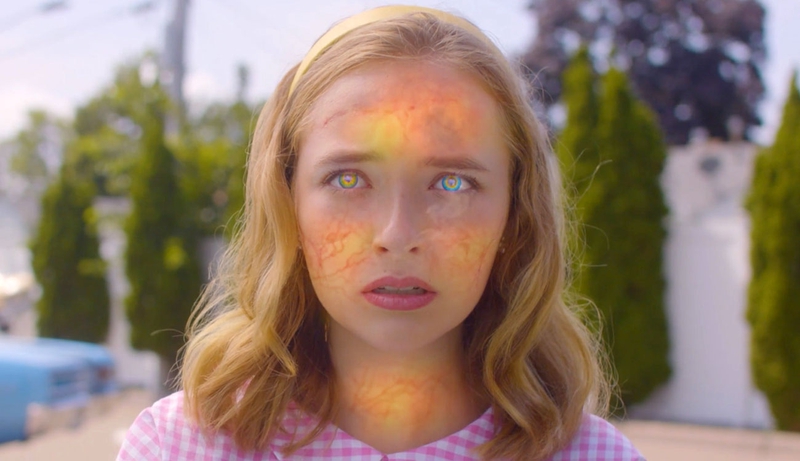 Eight nights, 31 features, 37 short films from 13 countries. The seventh annual Popcorn Frights film festival brings its in-person portion of the hybrid event to a close, and we have a list of the winners across ten categories! There's still time to catch some of the programming through tonight, (virtual programming ends end of day August 19) AND select titles are available for extended on-demand programming, which will continue through Sunday, August 22. The festival kicked off with David Bruckner's The Night House, (check out our Convo x Fango interview with Bruckner here) and continued with a mix of premieres and special events. For a list of films and to purchase digital access, visit Popcorn Frights. Take Back The Night has also been added to the virtual program, available Nationwide through this Sunday. Take a look below for some winner highlights, and keep scrolling for a complete list of awards.

This year’s Scariest Feature Film Prize was given to Ju-On director Takashi Shimizu’s latest horror Howling Village, and receiving the Special Jury Prize was Erik Bloomquist’s Night At The Eagle Inn, which was entirely produced during the COVID-19 health crisis. In its effort to shine a brighter spotlight on first-time filmmakers, Popcorn Frights launched its New Nightmare Prize this year celebrating filmmakers making their feature film debuts. Winning the inaugural New Nightmare Prize was Gia Elliot for her trenchant social critiques and gripping thrill ride Take Back The Night, which received its world premiere at the Festival to great acclaim. Gia said the following in accepting the award: “Premiering my film in front of such a thoughtful audience at Popcorn Frights, and having it recognized with this award is an honor. And to every survivor out there – I believe you.”

Winning the Jury Prize for Best Short Film was the French animated short LE CRI, one of 37 films competing for the prize in five shorts blocks. Receiving the Scariest Short Film Prize was The Wheel, a twisted tale about a toy Ferris wheel, demonic entities, and a ride to hell.

In receiving the prize, Kier-La Janisse shared the following statement: “I’m thrilled beyond belief to hear that Woodlands Dark and Days Bewitched has won the Audience Award at Popcorn Frights, where the last film I produced, David Gregory’s Tales of the Uncanny, was also so enthusiastically received. I’m so grateful to the Popcorn Frights audience for coming along on that three-hour journey with me, and I’m excited at the possibility of them now seeking out all the fascinating films that formed the basis of the doc. Thank you to everyone who voted for the film!”