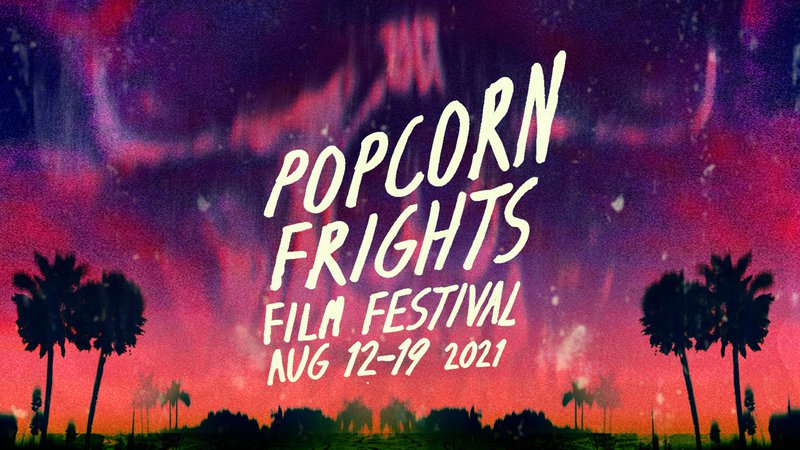 To celebrate the upcoming 7th edition of the Popcorn Frights Film Festival, we are unveiling an exclusive look at this year's poster done by South Florida artist Kent Hernandez. Hernandez was behind the artwork for the 2017 event and returns with this 2021 design, inspired by the tropical frights of Florida. When asked about the inspiration for this year's design, Hernandez stated, “The goal was to convey an ominous, lurking horror specific to South Florida — rife with swampy goodness, and hazy sunset vibes. Voila."

In the wake of the year of virtual festivals, this year's event is offering hybrid viewing options with two separate programs. One dedicated to celebrating the moviegoing experience, with an in-theater lineup along with a virtual streaming line-up accessible to viewers in the United States. The Festival will feature shorts by local creators as well as world premiere feature films, with the first wave of programming announced later this week. The South Florida-based festival runs from August 12-19, 2021. A portion of this year's proceeds will be donated to those impacted by the Surfside, FL building collapse.

Festival submissions are still open through July 11, via Film Freeway.

Feast your eyes on Kent's creation!

Read more of the press release below:

Popcorn Frights Film Festival presents the best of contemporary genre cinema from across the world as it celebrates the art of horror. The seven-day festival is Southeast U.S.' largest genre film festival and prides itself on premiering films from emerging and established filmmakers, enabling the industry and general audiences to experience the power of storytelling through genre film.