With a portion of proceeds going toward those impacted by the building collapse in Surfside, Florida. 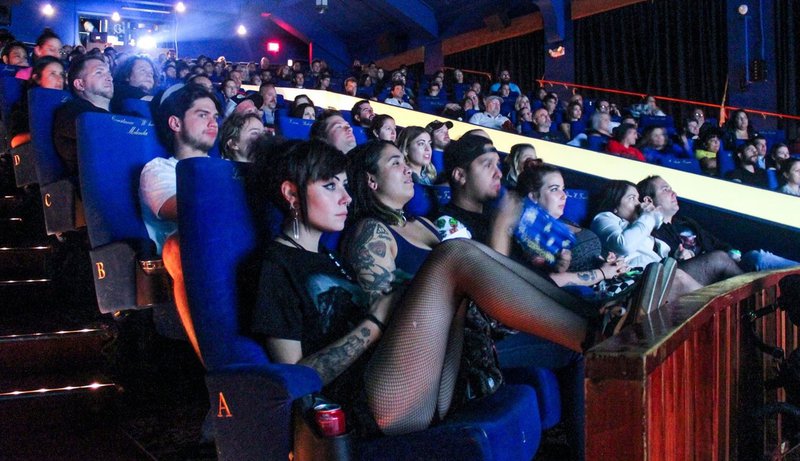 Popcorn Frights Film Festival – taking place August 12-19 – has its festival badges going on sale today, and they're doing something very cool – donating a portion of proceeds to those impacted by the building collapse in Surfside, Florida, last week. Read on for the press release, and grab your in-person badges HERE and your virtual badges HERE.

MIAMI, FL – Popcorn Frights has announced that a portion of proceeds from its upcoming seventh annual film festival will go to benefit those impacted by the building collapse in Surfside, FL. Running August 12-19, Popcorn Frights’ line-up will be announced in the coming weeks, but in-theater and virtual badges are available for purchase at this time, each of which will offer its own unique Festival experience.

The Festival’s In-Theater Badges will provide an all-access experience for films and special events hosted at the Silverspot Cinema Coconut Creek, Popcorn Frights official host venue this year. Separate Virtual Passes are also available for sale and will provide access to every film streaming in the festival program, all of which will be geo-locked to the United States. To purchase In-Theater All-Access Badges, click here to purchase Virtual Passes, click here.

Celebrated as the largest genre film event in the Southeast U.S. and one of “The World’s 50 Best Genre Festivals” by MovieMaker Magazine, Popcorn Frights has been a volunteer run community focused organization since its inception. It is in this same spirit that Popcorn Frights hopes to provide support to its South Florida community and those impacted by the Surfside tragedy.

“All of us at Popcorn Frights are shocked and profoundly saddened by the collapse of the Champlain Towers in Surfside, FL. On behalf of everyone at the Festival, we want to convey not only our thoughts and prayers, but also our willingness to assist in any way our community might need in the coming days and weeks. In challenging times like these, our South Florida community supports each other, and we really are one extended family. We know that every dollar counts and can help save lives, so we felt it was our urgent responsibility to try to make a positive impact,” said Igor Shteyrenberg & Marc Ferman, Co-Founders & Co-Directors of Popcorn Frights.

Submissions to the festival are also still open via Film Freeway with the final deadline set for July 11. Shorts, features, documentaries, animation, film and video — all are welcome and can be submitted at the link.