MICKEY'S CHRISTMAS CAROL And The Horror Of Disney

From Christmas hellmouths to dancing demons, delving into the delightfully dark side of Disney. 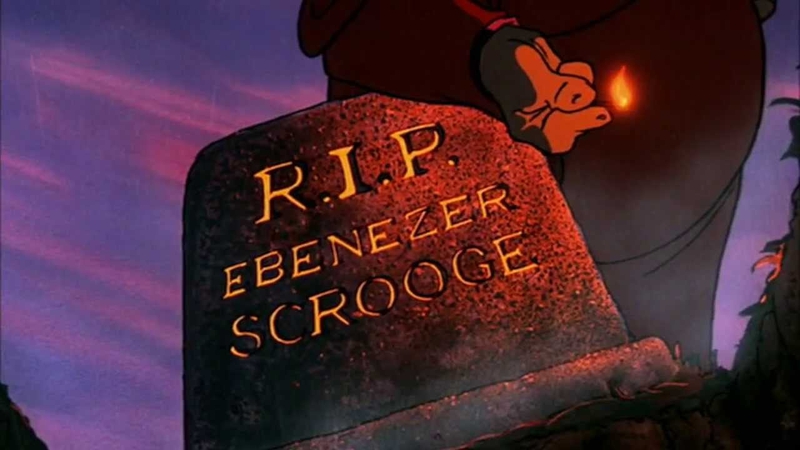 During a night of fantastic terror, a wizened miser is transported to a cemetery by supernatural means. His lone companion is a spectral figure whose face is hidden beneath the hood of a cloak. The wraith speaks not a word as he guides the creature through the graveyard with an ominous gesture. The phantom shows him the grave of an innocent young boy, whose life was destroyed by the miser's cruelty. He stares at the grave, shattered by the revelation, but the spirit isn't done. He draws the frightened miser's attention to one last grave: his own. Horrified and penitent, he begs his ghostly judge for mercy. Is it given? Not on your life! The figure pulls back his hood to unveil his hideous feline face cackling at his pitiful pleas! With all of Satan's fury, the coffin inside the grave opens to reveal the gateway to Hell! Fire and brimstone await the miser, not salvation!

And that was the climax to Mickey's Christmas Carol, the delightful 1983 short from Walt Disney Pictures. An adaptation of — you guessed it— A Christmas Carol by Charles Dickens, the cartoon is surprisingly faithful to the novella. Though the parts are played by beloved Disney characters, the drama unfolds largely as it does in the Dickens text. Most of the gloom associated with A Christmas Carol can be found here, as well as most of the scares. In the case of the sequence described above, Disney added a scare. While the Ghost of Christmas Yet-to-Come does show Ebenezer Scrooge his grave in the book, there certainly wasn't a Hellmouth waiting below. If that gruesome little detail seems uncharacteristic of a cheery studio like Disney, you are forgetting one thing: Disney absolutely loves to traumatize kids. In fact, I would say that horror has always been the secret ingredient in the Disney formula. 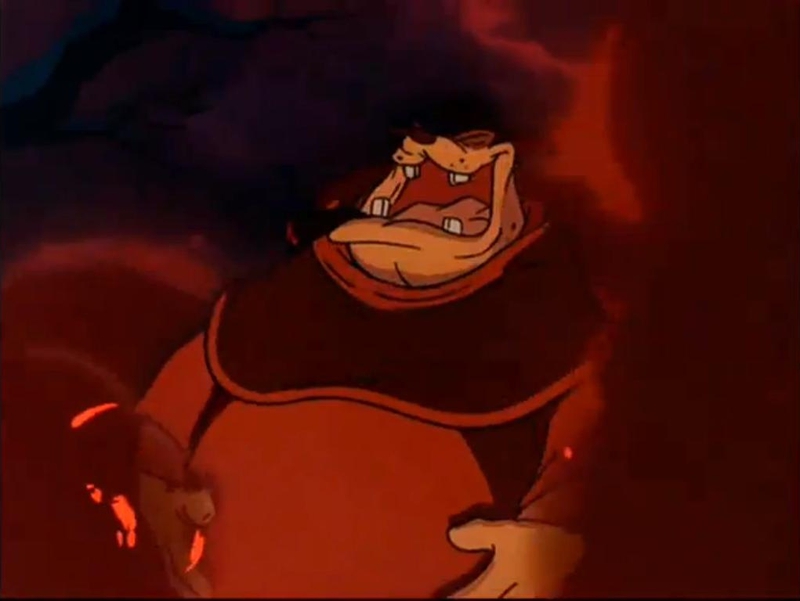 When I first saw that graveyard sequence as a kid, it scared the living heck out of me! (And to be perfectly honest, it still kinda does.) Here was a cartoon intended for children in which a talking duck was nearly condemned to eternal damnation. There was no gag or playful twist like one might expect from a Disney short. It was pure, unadulterated horror without any humor to levitate the tension. Sure, the film ends with the happiest of endings, but it took a literal descent into Hell to get us there. I just couldn't believe anything so ghastly would happen in a funny little animal cartoon. It was shocking, disturbing, and I absolutely loved it! 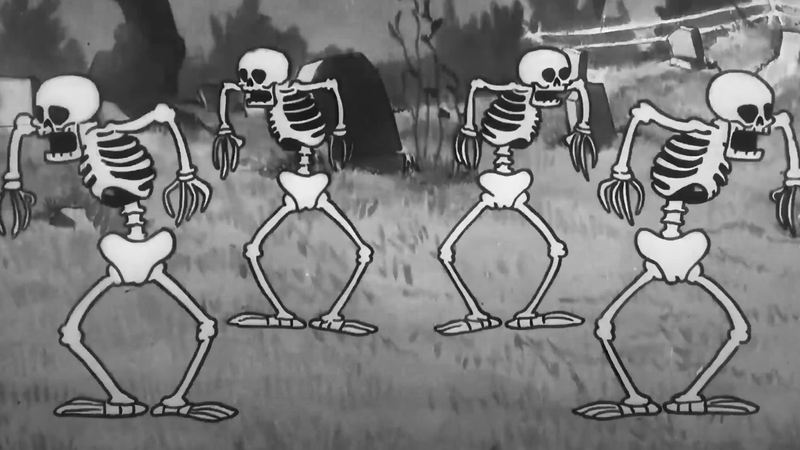 It would be easy to dismiss this as a one-off foray in fright, but the Disney company has always relished the screams of children. In 1929, the studio released their first Silly Symphony 'toon entitled "The Skeleton Dance," a charming bit of animation in which a bunch of fleshless dead guys prance around. 1933's "The Mad Doctor" had the titular scientist attempt to slice open Mickey Mouse with a buzzsaw. Disney's first feature-length film, Snow White and the Seven Dwarfs, was so terrifying that Dario Argento used it to reference while making Suspiria. And who was the model behind Chernabog the demon in 1940's Fantasia? Bela Lugosi. You don't hire Dracula himself unless you're trying to scare the wits out of your audience. 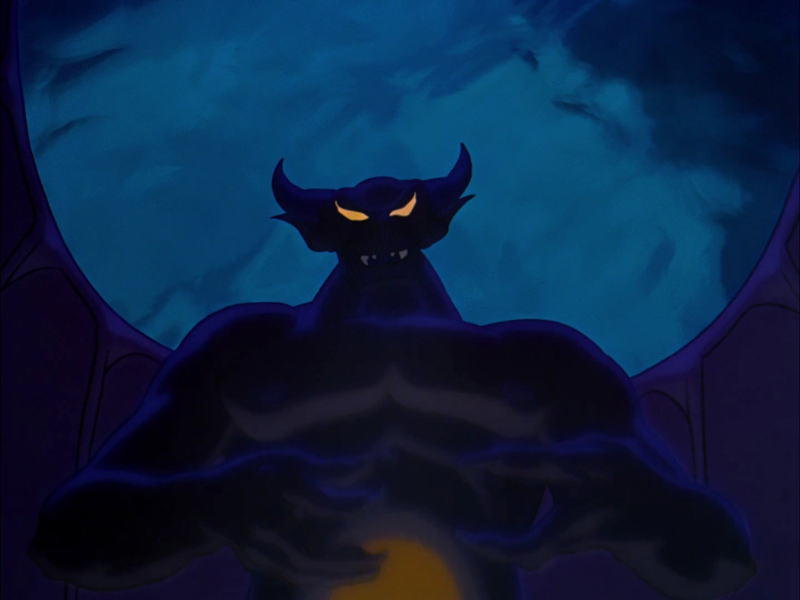 And that's just the tip of the iceberg! Nearly every Disney film before the last decade has at least one sequence that was entirely dedicated to creating nightmares. From the Pleasure Island episode in Pinocchio (which scared me nearly as much as Christmas Carol) to the flaying of the already horrific Horned King in The Black Cauldron (ditto), the House of Mouse has shocked as many minds as the House of Frankenstein. Before you're even old enough to see a Friday the 13th film, Disney introduces you to that wonderful feeling of fear.

Many horror fans get their first taste of blood from Disney. In a 2014 interview with Rolling Stone, Stephen King credits Disney's Bambi with igniting his love of the macabre. "The first movie I ever saw was a horror movie. It was Bambi," King explained. "When that little deer gets caught in a forest fire, I was terrified, but I was also exhilarated." Similar to King, I felt that same curious mixture of terror and exhilaration when I first saw that graveyard sequence. Before I could put words to the sensation, I discovered the joy of being scared. 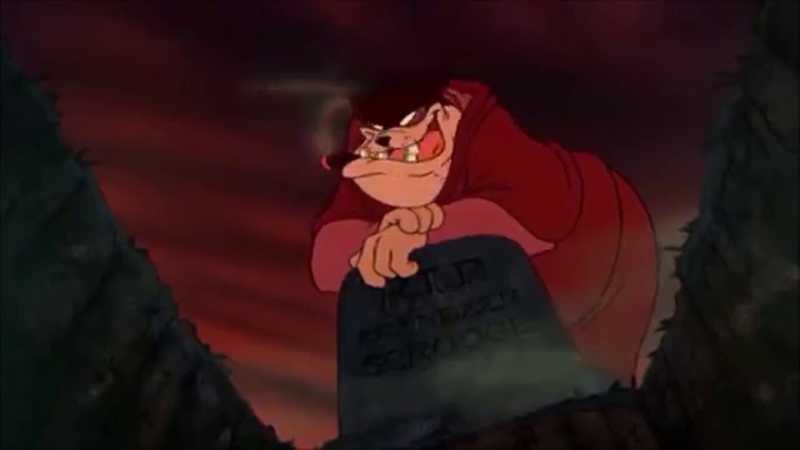 Pete, the surly feline foe to Mickey Mouse, had the honor of playing the Ghost of Christmas Yet-to-Come in the short. To this day, that darn cat still gives me the heebie-jeebies! You never forget those early shocks, no matter how "Goofy" they seem as an adult. Children of all ages love a proper chill, and Disney understood that completely. When you're too young for gore, Disney gives you the jolt you need. If the right kid receives the right fright, they'll stick to horror for life. For the rest of my days, I'll be grateful to Pete for putting me on the proper path.

Scary Christmas to all, and to all a good fright!