Brad Anderson's latest is leaving us thirsty for more. 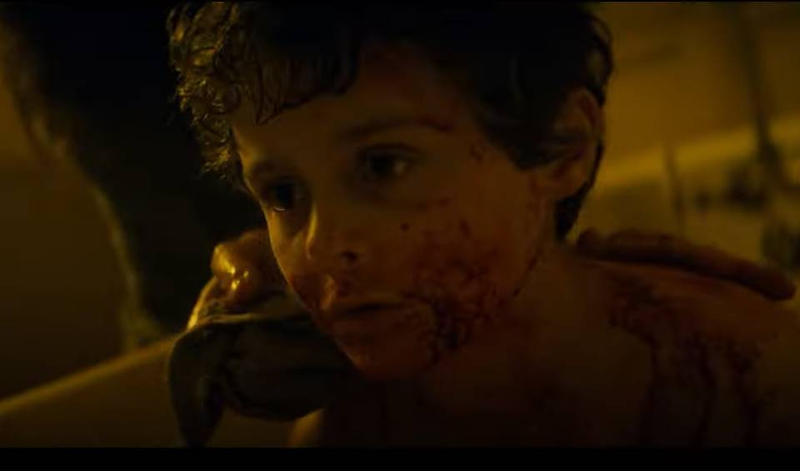 Session 9 writer/director Brad Anderson has a brand new horror on the horizon. Anderson is directing the upcoming Blood, written by Will Honley and starring Michelle Monaghan and Scream's Skeet Ulrich. Say no more, we're already in! Ahead of the release we've got a little sneak peek of Michelle Monaghan busting out full motherly instincts. But first, let's take a look at the official synopsis.

Jess (Michelle Monaghan), a nurse and mother recently separated from her husband (Skeet Ulrich), moves her daughter Tyler (Skylar Morgan Jones) and young son Owen (Finlay Wojtak-Hissong) back into her family farmhouse. Shortly after settling in, Owen’s dog escapes into the woods and returns days later, blood-soaked and rabid. When the dog attacks and bites him, the resulting infection grows more shocking as Owen’s behavior becomes frightening and deadly. As he spirals deeper into the depths of the illness, Jess discovers a disturbing cure, which makes her question how far she is willing to go to keep her child alive.

A disturbing cure, you say? Please tell us more. Oh wait, we've got more on that right here:

As Scott Wampler pointed out, "they're playing a bit coy in that synopsis" but the trailer makes it pretty damn clear this kid's got a thirst for juice boxes of the human persuasion, and Michelle Monaghan pretty much spells it out in this clip. She's a mother who doesn't know how to make her sick son better, but she knows how to keep him alive. Even if it means draining all the neighbors in town of their sweet life elixir. Now that's some horrifying dedication.

Blood hits theaters on January 27th, with an On Demand release a few days later on January 31st. We'll be there for it.