Under the Skin: The Long-Lost 1974 Film SYMPTOMS Offers an Outsider’s Take on British Gothic Spookiness 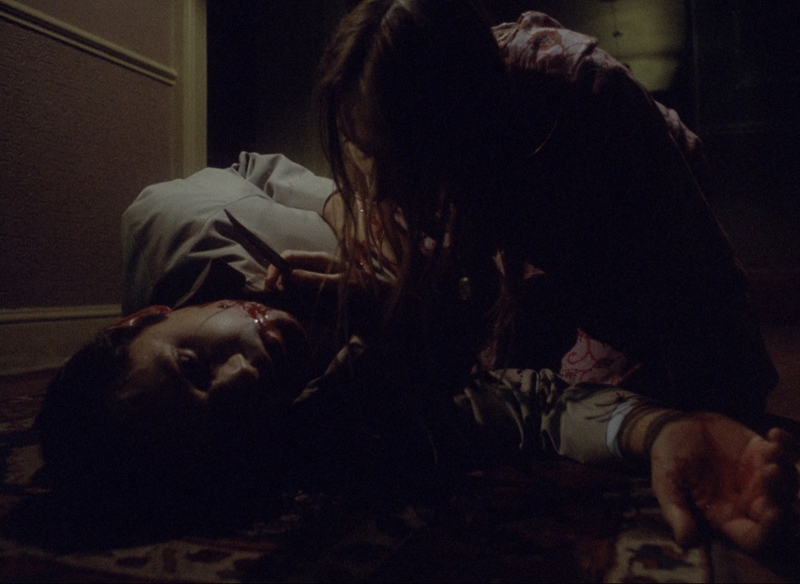 For years, José Ramón Larraz’s Symptoms (1974) was defined by its absence. One of two British productions to premiere at Cannes in 1974 — Ken Russell’s Mahler was the other — Symptoms appeared and disappeared, seemingly destined to become as much rumor as movie until the British Film Institute published a “most wanted” list of lost British films in 2010. Four years later, a negative turned up, leading to the release of a restored version in 2016. Symptoms had aired on British television, once, in 1989 and had floated around on VHS bootlegs over the years, but it’s difficult even to call it a cult movie. It was more of an un-movie.

Even now it’s hard to piece its story together. Introducing the film for the BFI Player, critic Mark Kermode refers to its warm reception and strong reviews at Cannes, but good luck finding too many beyond a single, if glowing, Time Out notice. A search of old newspapers mostly turns up a David Sterritt report from the Christian Science Monitor news services referring to the film as “generally panned.” That phrasing makes it sound like the writer had not seen the film itself, but squares with Larraz’s own memory. In the documentary Vampyes and Other Symptoms he sums up the Cannes experience as “more or less, nobody likes it.” For part of its theatrical run it played under the more lurid (and nonsensical) title Blood Virgin then it went away.

Meanwhile, the film Larraz made immediately after Symptoms, working with much of the same production team, became deathless, even though it covers the same territory in the broadest possible terms. While Symptoms languished in obscurity, Vampyres picked up an audience that appreciated its stylish combination of sex and gore via the story of a pair of female vampires — lovers made murder victims who’ve returned from the dead to prey on unsuspecting, unfailingly horny, passersby. In many respects, it’s everything Symptoms is not: blood-soaked and sexually explicit in a way indistinguishable from ‘70s soft-core. But at heart both involve difficult, destructive relationships conducted in old, cluttered English mansions. If Symptoms is the stately, stylish A-side, Vampyres is the loose, grungy, nothing-to-lose B-side.

To watch Symptoms and Vampyres back-to-back is to risk getting the bends. Vampyres offers everything thrill-seeking horror fans could want in abundance, especially if they’re after cheap thrills. Symptoms mostly withholds, parceling out the occasional shock but mostly relying on suggestion and atmosphere. In both cases, their defining creative choice makes each a little unsatisfying. Vampyres’ parade of flesh and spurting arteries becomes a bit numbing. Symptoms’ creepiness treads the line that divides hypnotic and sleepy. Both, however, are undeniably the work of an artist determined to reconfigure the elements of the British gothic horror film to make something new.

Born in Catalan, Larraz worked successfully for years as a comic book artist until, as he told Vampires and Other Symptoms director Celia Novis, a chance encounter with Josef von Sternberg in Brussels in 1968 set him on a different course. There’s little evidence of von Sternberg’s influence to be seen in Symptoms, but plenty of other films swirling around it, most notably Alfred Hitchcock’s Rebecca, Roman Polanski’s Repulsion and Ingmar Bergman’s Persona, films interested in the ways isolation can make identities melt and reality blur. But at heart it’s an old dark house movie, one in which secrets won’t stay buried and madness threatens to envelop all who enter.

In this case that’s Anne (Lorne Helibron), a writer who’s agreed to spend a few days in the crumbling manor where her old friend Helen (Angela Pleasance, daughter of Donald Pleasance) lives alone. Sort of. There’s Brady (Peter Vaughn), a groundskeeper, of sorts, who lives in the stables. Then there’s Cora, a friend of Anne’s mentioned by Brady. But while Cora seems to have been living there at one point, there’s no sign of her anymore. Unless the strange voice and weird noises Anne hears emerging from Helen’s bedroom have something to do with her. 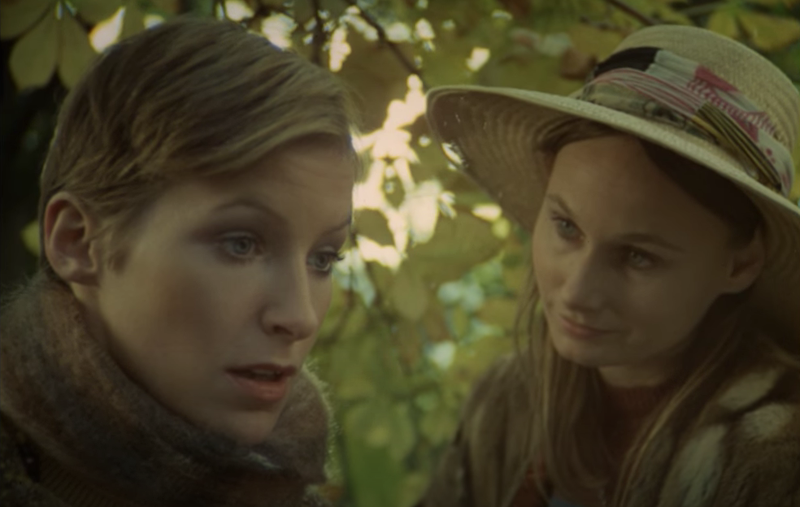 It’s tough to make literal sense of Symptoms, particularly when a last-moment twist only raises more questions than it answers. But as a sustained mood piece, it’s remarkably accomplished. Cinematographer Trevor Wrenn mixes a gauzy, romantic look — with a particular fondness for the way beams of light look when filtered through branches — with claustrophobic compositions that capture Helen’s frame of mind. And while Helen seems unstable from the start, that sense of unraveling intensifies as Anne’s visit extends longer than she’d planned.

The film eventually turns violent, but it takes a long time to get there. Larraz seems more interested in creating the possibility of bloodshed than actually staging it, just as he’s more interested in showing the long, lingering looks Helen gives Anne than getting explicit about her attraction. It plays, at times, like the gothic equivalent of a spaghetti western, the work of an outsider who’s able to cast familiar material in a fresh light. It’s not entirely successful, but it’s seldom less than intriguing.

Symptoms looks less like a rediscovered masterpiece than the unearthing of a neglected byroad. If successful, maybe Larraz and others would have built on its accomplishments and deepened its themes. Instead, lustful vampires beckoned. The cult of Vampyres made Larraz an in-demand guest for revival screenings in his later years. He seems a little baffled by this in Novis’ film, in which he waves off a chance to watch Vampyres again with an audience and is amused by its enthusiasm in the Q&A session that follows. By contrast, Kermode recalls Larraz speaking of Symptoms proudly when he interviewed the director in the early ’90s. “He sighed,” Kermode recalls, “and dreamed it would find its way back into circulation.” Larraz died in 2013 shortly before Symptoms’ rediscovery, never knowing it would soon be an un-movie no more.

Under the Skin is an occasional column looking at some horror classics that might not be on your radar.