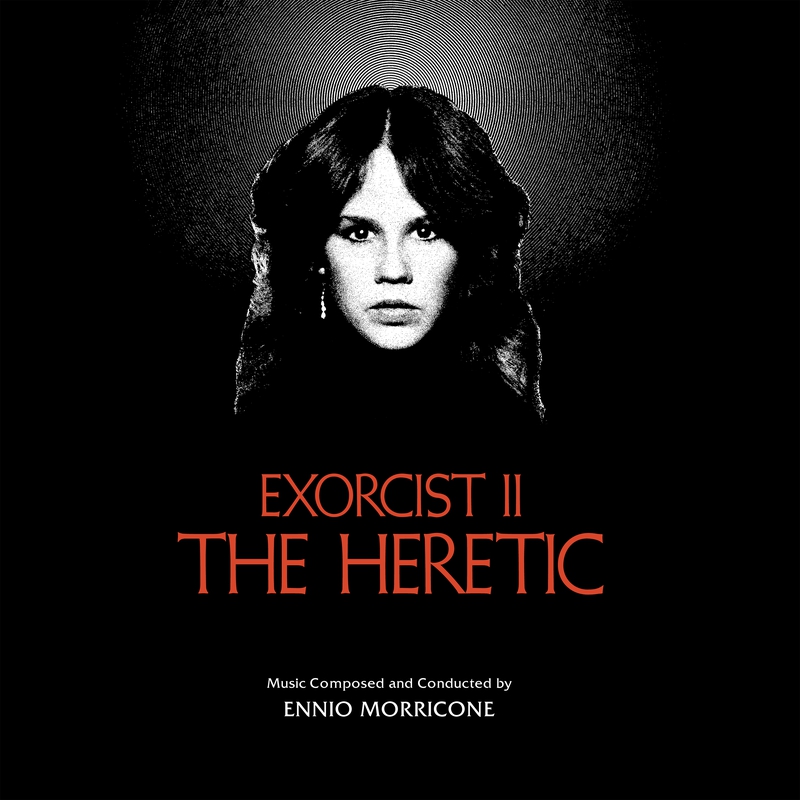 There’s lots of new and recent releases to get into in October, just as people start switching from their “spooky summer” decorations to their more formal Halloween décor and attire. Though I don’t yet have in hand a copy of John and Cody Carpenter’s score for Halloween Kills, one of my most anticipated of the year, there’s an abundance of horror film music from past and present for collectors to sort through.

Jim Williams is a genre up-and-comer with credits that include Hotel Babylon, for which he received an Ivor Novello Award nomination, Brandon Cronenberg’s Possessor, and Ben Wheatley’s Kill List, a personal favorite that uses music in a way that’s both indelible to, and oddly invisible within the film’s dense, unsettling sound design. His latest work is for Julia Ducournau’s Palme d’Or-winning Titane, with whom he reunites after composing the music for her 2016 film Raw. What he does merges a very contemporary sound full of percussion and discordant musical elements to keep viewers, and eventually, listeners, off-balance, making it ideal for the filmmaker’s transgressive portrait of a young woman with a titanium plate in her head.

In addition to Milan’s digital release, Mondo has plans for an exclusive vinyl edition of the soundtrack, which will look great next to the company’s edition of David Cronenberg’s Crash, with which this film shares some superficial but intriguing similarities. But if there’s little overlap between the long-saw violin and guitar-heavy sound of Howard Shire’s score, there are nevertheless some melodies that actually evoke other music by the longtime Cronenberg collaborator, while striking out in ultimately much different, thrillingly complex ways. Williams uses the music with a sense of distance from the story, not just as accompaniment; the different instruments seem to exist in a physical space to prompt the listener to lean in and see if they’re really hearing what’s there, and manage to work brilliantly even without Ducournau’s filmmaking further complicating their absorption. The soundtrack also features three extra tracks, one from Lisa Abbot and two from Séverin Favriau, which expand the film’s musical palette and via Abbot, provide its only actual “song.” 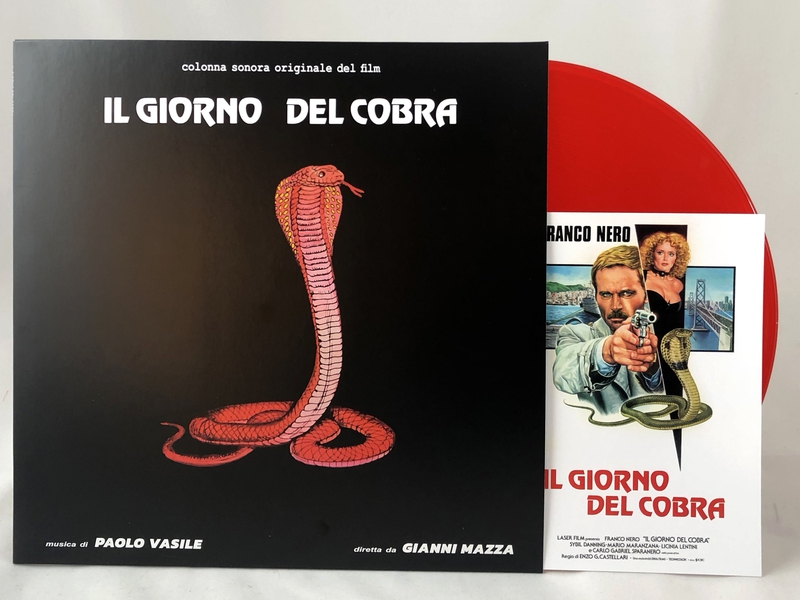 Elsewhere, Paolo Vasile’s score for The Day of the Cobra is a funky affair, led by the title song featuring Charlie Cannon, an American singer who sounds like a scratchier Allen Toussaint, or maybe a black Dr. John. The way he sings “don’t give a damn I am the cobra/ no one can tell me what to do” kickstarts a record that certainly evokes the funk-rock scores of the decade preceding its 1980 release, and I would argue does not rely on familiarity with the film it was created for to enjoy it. The trilling keyboards that punctuate the refrain on the instrumental “Remember,” for example, elevate a dusty instrumental into a momentarily transcendent exercise in summery nostalgia, but Vasile later turns the film’s leitmotifs into a series of funk workouts of different tempos, some haunting, others gritty, but utterly listenable from one to the next. 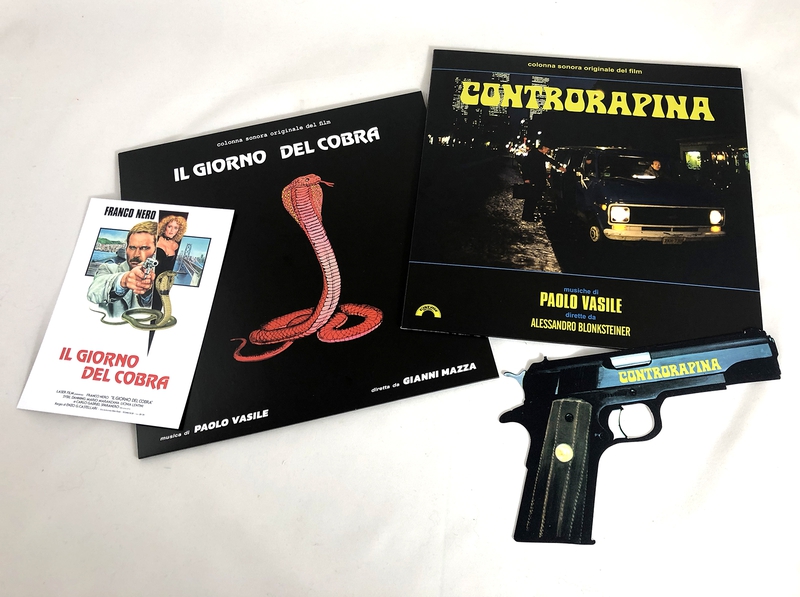 Cannon pops up again on Side 2 with a second version of the title theme, but his definitive performance is the original, even if the horn section works overtime on it. That said, Cinedelic’s terrific reissue features terrific sound and packaging, complete with a mini one-sheet of the film’s poster. And with gems like “Astonishment” conveying the urgency of the Meters or Memphis Horns chasing a terrified victim, the record really distinguishes itself among an ongoing stream of rereleases that can occasionally offer more repetition than opportunities for discovery.

Meanwhile, four years after Death Waltz Records released the entire score for The Living Dead At Manchester Morgue, also known as Let Sleeping Corpses Lie, Four Flies Records offers two of its signature tracks on a new 7”, appropriately identified by the Italian label as Non Si Deve Profnanare Il Sonno Dei Morti. “John Dalton Street” is the A-side banger, in which composer Giuliano Sorgini brings the dead back to life with a track that feels like a vintage library instrumental from the Cam label, with urgent strings and eventually cacophonous bongos picking up the drummer’s tempo and transforming it into an unsettling dancefloor filler. “Manchester M2 6LD,” the B-side, covers some of the same territory, but as a whole, this is a must-have release, albeit perhaps more for DJs than casual collectors.

Burgeoning label Empire of Tombs, the brainchild of Rendezvous LA DJ Ethan Hull and online record store Two Headed Dog owner Ben Mares, first launched in March 2021 with a handful of cassette releases from artists like Joel Grind, and the promise of some deep-cut horror-related music in the future. After announcing a cassette release for Al Festa’s score to Zombie 4: After Death back in September, they followed up this month with a double LP version featuring brand new liner notes by Festa himself, as well as material by Hull’s fellow Rendezvous DJ Alfonso Carillo on the external OBI strip. The gorgeous cover replicates artwork first produced for Severin’s Blu-ray release of the film, which coincidentally also included a copy of the soundtrack on CD; but spread across two slabs of vinyl, Festa’s music breathes unlike ever before for a musical experience that simultaneously encapsulates the sound and sensibility of 1989, the year the film was released, and a wonderfully timeless electronic landscape that is a lot of fun to listen to whether you have seen Zombie 4 or not.

Only one track has a formal title — the theme song “Living After Death,” featuring lead vocals by Maurizio Cerantola — but it kicks off the record with a wonderful late ‘80s swagger before Festa’s pulsing electronic score takes over. There are indisputably notes of John Carpenter seeded into cues like “Sequence 1,” with synth bass lines that could have come straight from the soundtrack to Big Trouble In Little China, but as the score progresses, Festa layers in new elements that create a unique sense of atmosphere, much less melodic complexity. “Sequence 4” simultaneously evokes Kraftwerk, the end credits music from Blade Runner, and the pulsing Hi-NRG that preceded electronic music’s progression into house and techno. Part of this is because Festa undoubtedly used many of the same keyboards and synthesizers as the artists and fellow film composers at the time; but what proves most interesting about the score is how it slowly infiltrates your brain as you listen, with quietly repetitive percussion elements that lead the listener towards a cascading variety of sounds with different emotional and musical tones. If even Severin’s packaging quoted a review that called Zombie 4: After Death a “grand Z-grade movie,” its score gets much higher marks, and is well worth adding to a collection that should already include the soundtracks to Dawn of the Dead and Zombi. 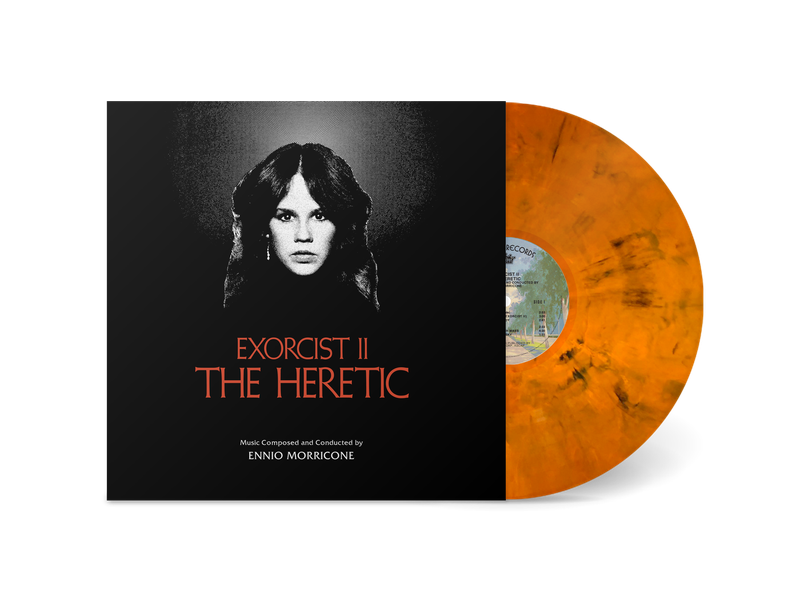 If the most famous piece of music associated with the Exorcist film series is Mike Oldfield’s “Tubular Bells,” then an easy second would be Morricone’s cue from Exorcist II: The Heretic, “Magic and Ecstasy.” It forms a centerpiece for Morricone’s complete score as the first track on Side 2 of Jackpot Records’ terrific reissue — its first on vinyl since the film’s original 1977 release — and invites listeners to rock out in a way that the half-baked sequel never quite did on screen. Morricone weaves its themes throughout most of the other tracks in different ways, using what sounds like a children’s choir to explore the push-pull relationship between Linda Blair’s Regan and the demon Pazuzu; like so many of his scores from that time, the music manages to simultaneously be beautiful and menacing, while indulging in some structural parallels to the scores Italian rock group Goblin did for Dario Argento and others during that decade.

What’s honestly most fascinating about the score is the fact that Morricone did it at all; perhaps because his pedigree was already impeccable, Warner Bros. brought him, director John Boorman (Deliverance), cinematographer William A. Fraker (Rosemary’s Baby), and a few other heavy hitters to try and class up a sequel that was essentially embarked as a low-budget cash grab. That Morricone’s music remains incredibly distinctive is no surprise, but the more incredible aspect of his contribution is just how much work it does to create an atmosphere that even approximates the chilling intensity of the first film. Meanwhile, after Lalo Schifrin’s music for The Exorcist was discarded for being too intense (!), Schifrin jumped ship from Warner Bros., his frequent home, to score Amityville Horror for distributor AIP, and went on to receive an Academy Award nomination for his effort.

All of these will be great for any creepy celebration you may be planning this year, but most of all, they speak to the exciting variety and legacy of great film music, from the genre’s ‘70s breakthrough to its latest entries, that horror has to offer.