Keeping it catchy and creepy with the ultimate Goblin collection, Boris Karloff-on-a-bad-acid-trip vibes, and more! 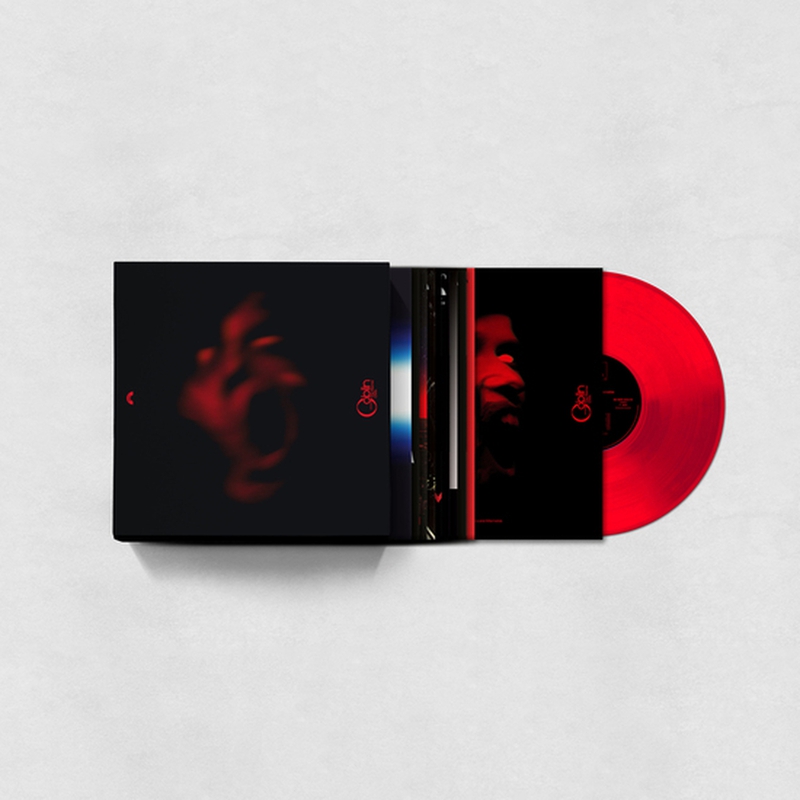 In this month's column we have an institution of a horror composer, along with an institution of a composer across almost every genre, a recent release you may or may not (yet) be familiar with, and finally, a glorious oddity that is a must-have for any horror fan. Whether or not the supply chain has returned to normal (and until a copy of Beat Records' reissue of Fabio Frizzi's score for Zombie Flesh Eaters aka Zombi 2 shows up in my mailbox, I won't believe it), these are some truly extraordinary releases, some of which showcase some perhaps obvious, if deserved classics. But as record labels conspire to find new ways to separate horror fans with their money, these titles offer some easy lay-ups that deserve to be sought out — if they weren't already purchased earlier in other editions.

To start, Goblin does not need me to evangelize on its behalf; the Italian prog-rock-cum-composers have created scores for some of the most famous and best horror films of all time. But Cinevox, the storied record label that has been releasing record and CD soundtracks from the time when vinyl was actually the dominant format to when it was a marginalized market to now, released a box set at the end of 2021 that collects many but not all of the group's iconic soundtracks, a 10-LP set that includes Profondo Rosso (Deep Red), Suspiria, Zombi (Dawn of the Dead), Patrick, Buio Omega, Contamination, Non Ho Sonno, Phenomena, Tenebre, and an extra disc of rarities that were assembled specially for this release. Any one of these scores would be worth buying, but this 1,000-copy exclusive is pressed onto "bloody transparent" red vinyl and housed in a gimmick pop-up cover that comes with an eight-page booklet with liner notes by Goblin specialist Fabio Capuzzo. 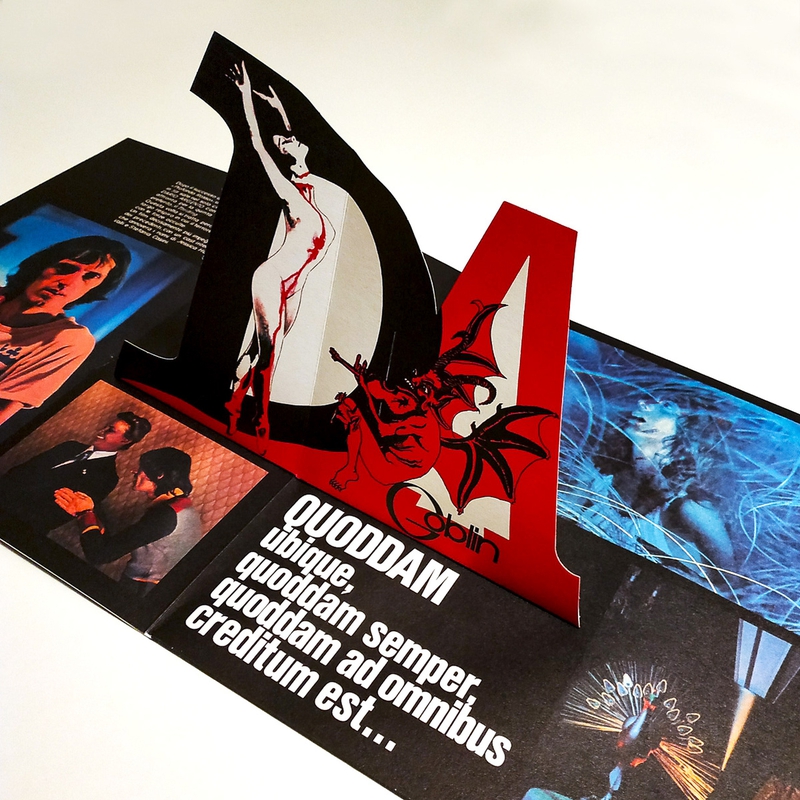 Of course, Goblin started out as Cherry Five, an Italian prog rock group whose eponymous album is not included here, but is absolutely terrific when and if you can find it. But Profundo Rosso is one of my all-time favorite scores, starting with a title theme that feels like it was inspired by Yes' "Heart of the Sunrise," and then hustles through tracks like "Deep Shadows" that pulse with feverish energy before finally arriving at the romantic coda of "Gianna," which oozes with the energy of a summer drive along Italy's Amalfi coast but with just a soupcon of oddball, not-quite-right energy. The group's score for Suspiria reveals itself in a series of cascading melodies built out of disembodied vocals and seemingly nontraditional elements, interrupted only by some funky digressions like "Blind Concert" that stir you out of frozen horror. And even though it understandably excludes the library music cues that George Romero purchased as a counterpoint to the group's work, the score for Zombi still manages to be an absolute nonstop series of bangers, from the lumbering polyrhythms of "L'Alba Dei Morti Viventi" to the melancholy finale "Risveglio." 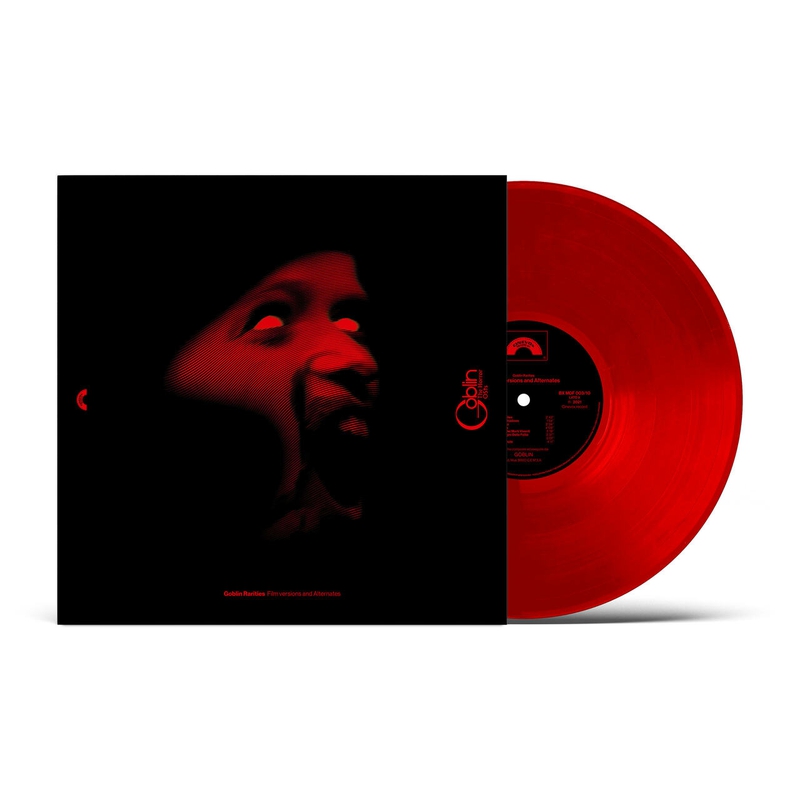 One gets the sense that by the time they composed the score for Patrick in 1979, Goblin had gotten so good at locating the sweet spot between film music and plain old rock that they were churning out anthemic themes without even thinking. But Buio Omega, Contamination and Non Ho Sonno are all full of cues that are just endlessly listenable even without the films for which they were created, and Tenebre remains one of the greatest achievements in movie music history, horror or not. It helps that Dario Argento's movie of the same name plays that insanely good disco-inspired main theme about forty times throughout its running time, but cuts like "Flashing" are just as good. The whole thing utilizes early 1980s synthesizers brilliantly. Again, many (and possibly all) of the scores included in this set may already be staples of horror fans' soundtrack collections, but if you have only one or two of them, this feels like the absolute best way to catch up on the group's brilliance in one fell swoop. 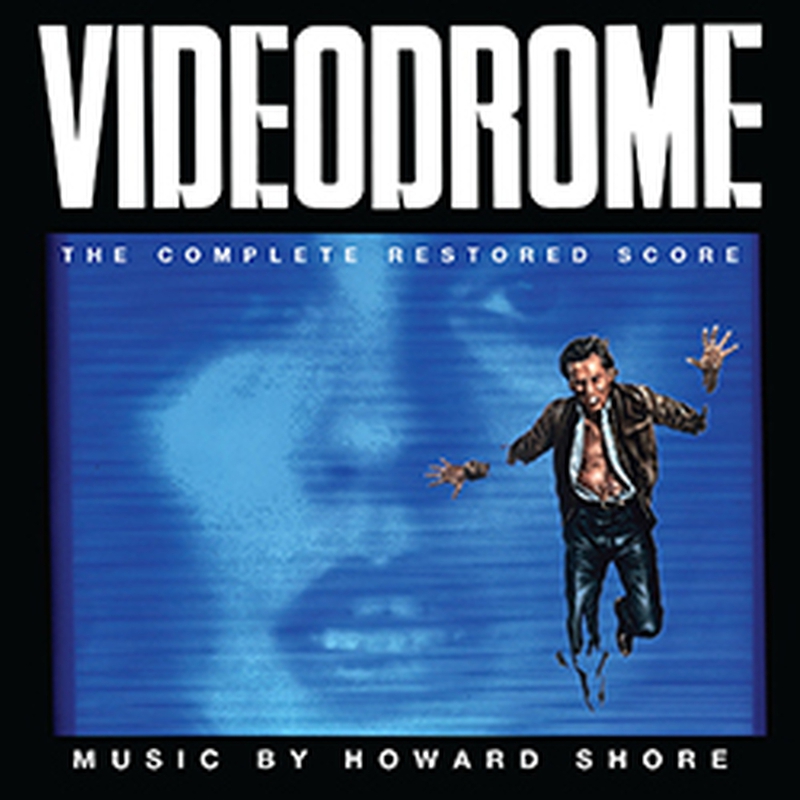 Next up is Howard Shore's music for Videodrome, which like the Goblin score, has been released at least in part before, but now arrives on both CD and LP in completed form for the first time. La-La Land's CD edition rightfully brands itself "The Complete Restored Score," and even at a succinct 38 minutes, it's a meal and a half of movie music, while Mondo Records' vinyl version presents the same material in a glorious sleeve with art by Rich Kelly. If I'm being fully honest, Shore's music for David Cronenberg's early films always just kind of washed over me as atmosphere rather than as a concrete "score," but this expanded edition really showcases the incredible collaboration between the two artists.

One wonders how much of a debt Shore owes to electronic music pioneer Suzanne Ciani on brief, inventive cues like "Cable 83," which surely evoke her synthesizer work on the original jingles for Coca-Cola and Apple. But Shore digs more deeply on cues like "Samurai Dreams, No. 13" and "Whipping" not only to adapt to the thematic demands of each of the haunted-object videocassettes that CIVIC-TV broadcasts, but to amplify the unsettling sensation that eventually develops as Max Renn discovers that the network's programming isn't staged. Deciding on a version comes down to your preferred format, but both are terrific and sound incredible. 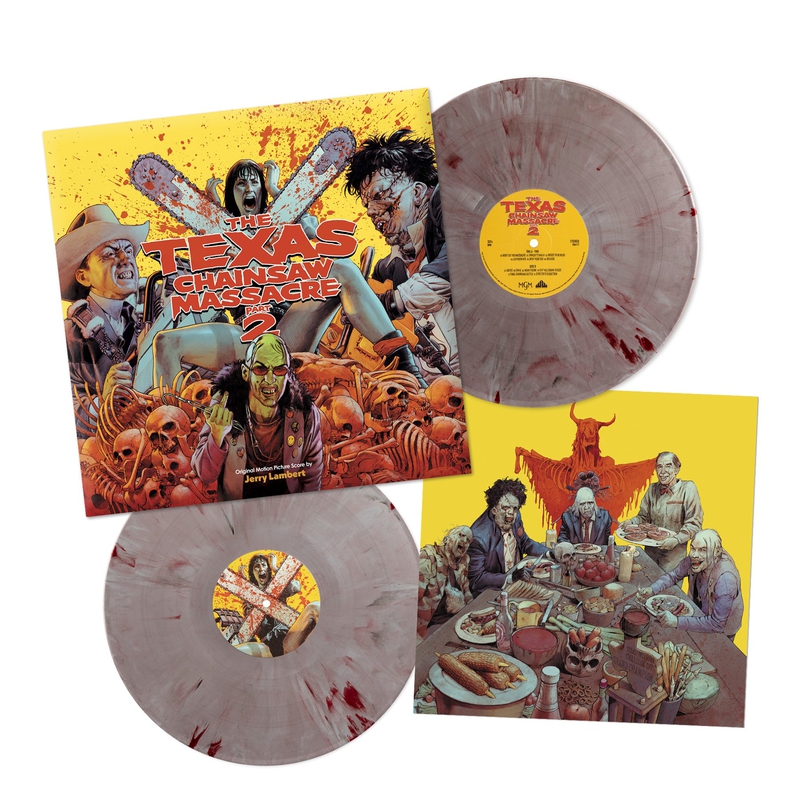 Next up is Waxwork Records' release of the score to The Texas Chainsaw Massacre Part 2, which marks its first-ever printing, on vinyl or any other format. As a devotee of the franchise, FANGORIA's Editor-In-Chief Phil Nobile Jr. will undoubtedly gravitate towards this record, and he'd be right to do so, as Jerry Lambert's score seems to hover in the middle distance over more than twenty cues. Even during the heyday of the cheapie synth score, Lambert manages to achieve something unique here, balancing the space-occupying ambiance of Japanese electronic albums of the 1970s and '80s and the distant, impending menace needed for a movie about chainsaw-wielding hillbillies. Featuring some glorious packaging and two multicolored slabs of vinyl, this will undoubtedly be a niche release primarily for hardcore collectors, but it's also one for anybody with a little extra disposable income; cues like "Drive" truly transcend their source and achieve a beautiful musicality that's fun to listen to by themselves. 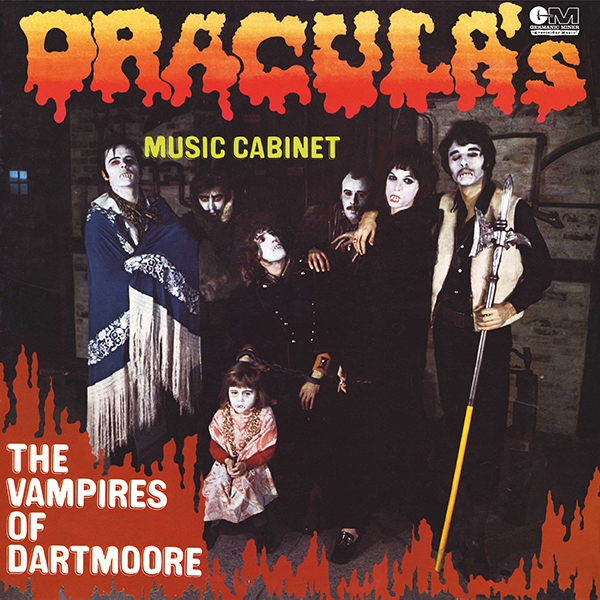 As a bit of a palate cleanser, I'm concluding this month with Finders Keepers' reissue of Dracula's Music Cabinet, a record by 1969 German psychedelic rock band The Vampires of Dartmoor, whose members remain shrouded in obscurity — but their oddball music lives on. UK label Finders Keepers first reissued this album in 2009, but it feels more timely than ever, thanks to its shaggy, theatrical sound effects and crisp musicianship on tracks like "The Fire-Dragon Of Hongkong" that absolutely feel faithful to the year in which they were recorded while also emanating a Boris Karloff-on-a-bad-acid-trip vibe that somehow reaches into the annals of horror film history.

I don't want to misrepresent this record — it's absolute kitsch — but it's also stuffed with surf guitar, percussion that sounds like it was stolen from Martin Denny, and enough reverb on every instrument for the whole experience to be a stereoscopic delight on your turntable. As counter-programming to these more storied releases, it again works beautifully, but it oddly also complements them by adding a little spice, a little tongue-in-cheek fun, that underscores the impact of a horror score that is meant to scare. Either way, all of these are extremely fun to listen to, and form a playlist that will keep your collection both catchy and creepy.