What are the best horror scores, soundtracks and needle drops out this month? Todd'll tell you! 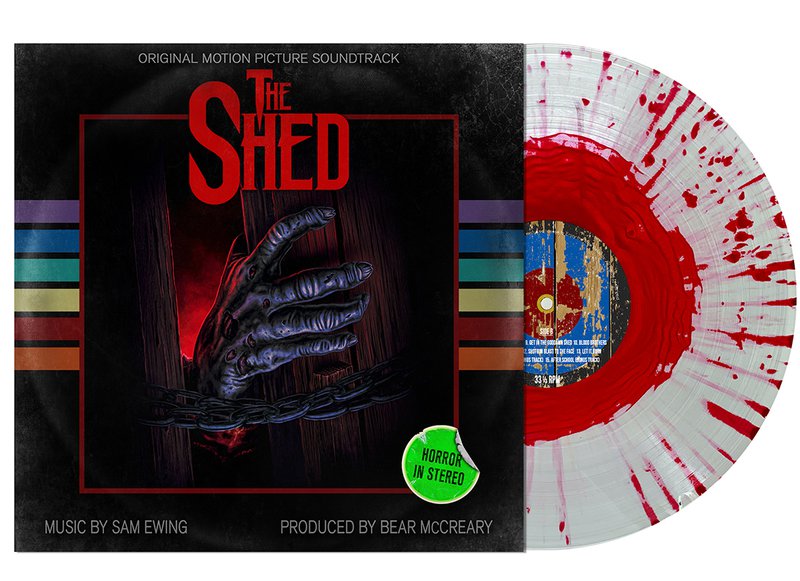 THE SHED, out from Enjoy The Ride Records this month.

After the drought of the last year, the supply chain seems to be mostly restored: there are more labels than ever releasing music from and for horror films, in all sorts of formats. Crate diggers lost more than a handful of distributors to the pandemic — rest in peace to Omega Productions, among a few others — but thankfully most hunkered down and found a way to endure until there was another chance to release CDs, LPs and cassettes of soundtracks for movies that made you obsessed with the genre, the films you forgot you loved, and in some of the best cases, those you never knew existed until someone cleaned up their soundtracks and gave them new life.

For example, on June 25, Milan Records is set to release the soundtrack to Vampire The Masquerade: Bloodlines — More Music From The Vault, a follow-up to their release of the official soundtrack in 2019. I’m not a gamer at all, so this material is all new to me, above and beyond its being secondary or additional cues from composer Rik Schaffer; but it’s fascinating to listen to this release as a collection of video game music, as well as a time capsule of the musical appetites back in 2004. Over 21 tracks, Schaffer creates a landscape that touches on mournful, Radiohead-style guitar rock (“Extremities,” “Downtown Theme Alternate Version”), pulsing techno (“Dangerous Places Combat”), Sneaker Pimps-esque trip-hop (“Club Afterglow”) and dusty ambiance straight from a spaghetti western (“The Death Of A Woman”). If nothing else, a record like this offers a great alternative to the classic sounds of horror, as Schaffer absorbed and remixed then-current sounds to suit the needs of interactive media.

Especially for a person whose experience with horror game music probably stopped with the release of Castlevania in 1986, this record is a real eye-opener in terms of its musicality and variety, much less the fact that it’s not a bunch of chiptune tracks. You can check out “Extremities,” also the first single from this collection, here. If that tempts you, there’s much more in these tracks to explore — as a new listening experience, or a nostalgia trip. 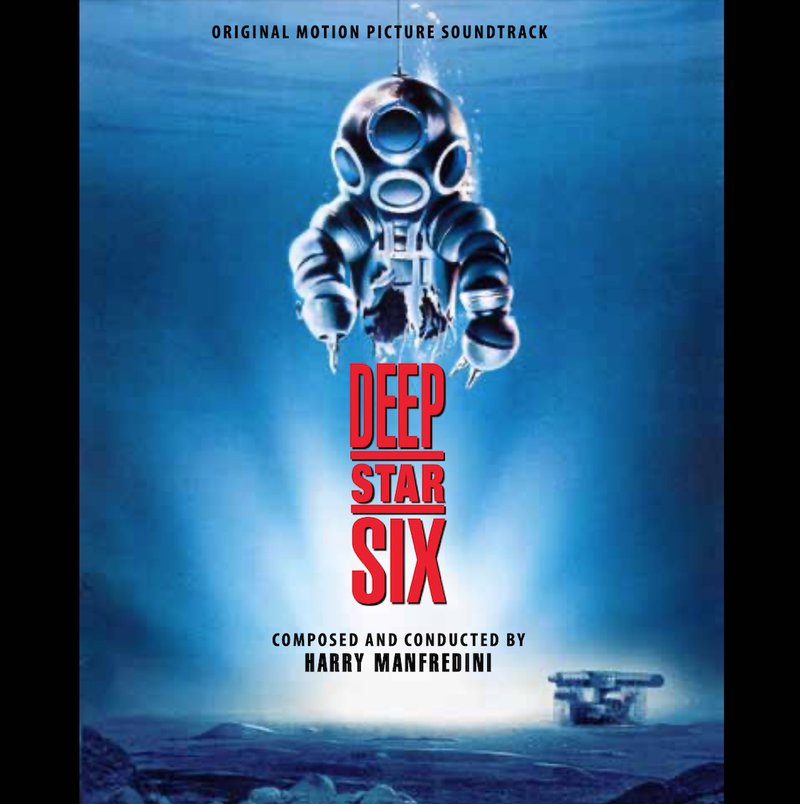 Speaking of nostalgia, Intrada Records recently released Harry Manfredini’s score to the 1989 underwater horror movie Deepstar Six, and it’s remarkable how much of the composer’s other work you can hear in its melodies, as well as strains from a variety of other films that unquestionably inspired elements of director Sean Cunningham. The “Main Title,” for example, is really gorgeous and elegant, echoing the more hopeful notes in John Williams’ Jaws score, while subtly introducing the otherworldly menace that Jerry Goldsmith communicated so well in Alien. It also reflects the film’s tonal transition as the danger escalates for its poor humans, further explored over 15 full-bodied tracks.

Of course, Manfredini had already become a legend by ’89 for composing the music for the first seven Friday the 13th films, and had obviously picked up some tricks to better punctuate the danger and gruesome brutality of, say, a sea monster slowly picking off the inhabitants of an experimental deep-sea Naval facility. And it’s not just the blaring horns and stab of strings that echo his work scoring Jason Voorhees’ exploits, but even the quieter moments on tracks like “Seatrack Attack,” which cultivate a sense of uneasy anticipation, like the surface of water that seems just a little too still. 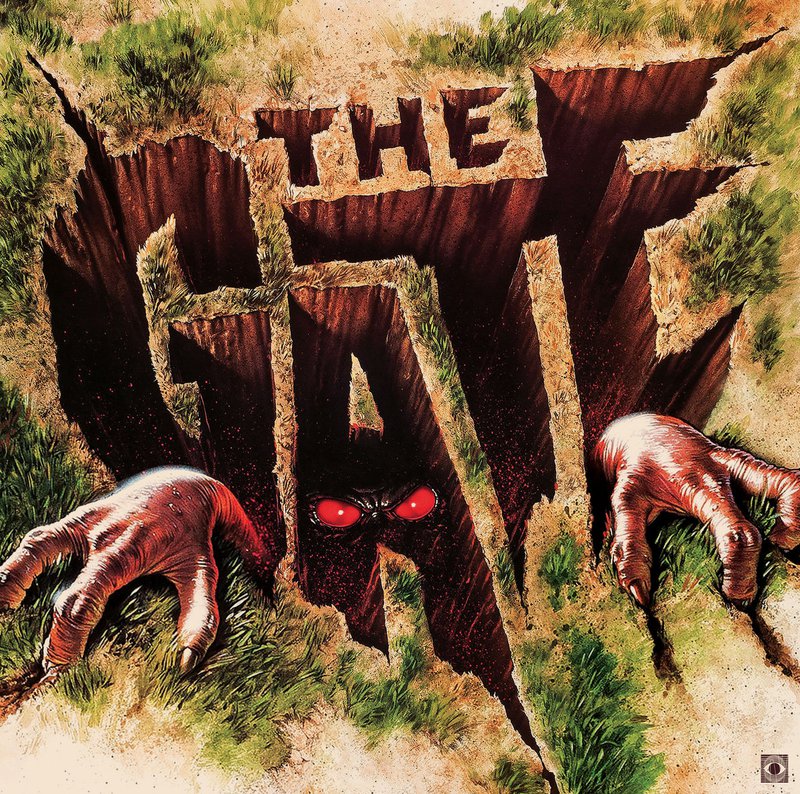 Similarly, Terror Vision is a Savannah-based label that deserves much more attention, thanks to superlative releases of everything from Basket Case to 10,000 Maniacs to Pontypool. Their most recent release is for The Gate, a film that scarred me more than a little bit back in my adolescence; issued on vinyl for the very first time, this 27-track release will send more nostalgic shivers down your spine as composers J. Peter Robinson and Michael Hoenig use both vintage synthesizer sounds and otherworldly, discordant effects to conjure some delightfully evil forces. A track like “Levitation” does what you might expect, building from a curious single melody into a shimmering wash of electronic noise, while “Opening The Gate” combines John Carpenter-like pulses, angelic choirs and an increasingly unsettling streak of string instruments. “Boo!!” might be my favorite track, as a sawing cello forms a terrifying backbone for the action onscreen, surrounded by synthesizers and arrhythmic sound effects; but listening to just a few of these cues will make you run to watch the film — whether it’s for the first time or the fortieth. 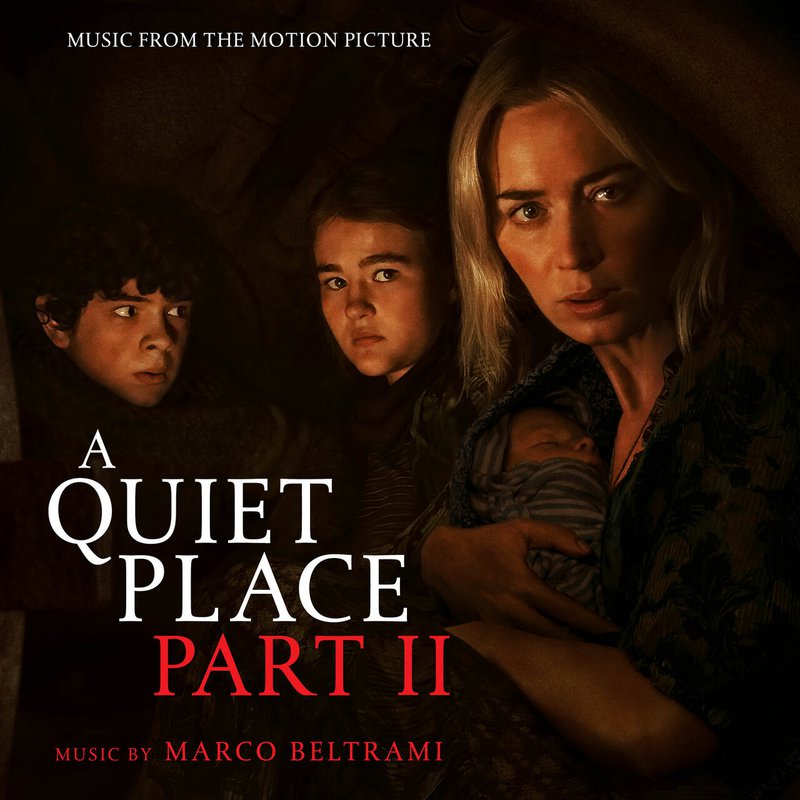 Less vintage-y is Marco Beltrami’s score for A Quiet Place Part II, which more than vaguely violates the terror of existing in a cinematic universe where people have to be silent in order to survive, but nevertheless delivers a remarkably affecting (and frequently quite beautiful) collection of cues. Assembled on CD by the good folks at La-La Land Records, Beltrami seems to really play with a lot of the aural challenges that the characters face, using bass notes that sound buried inside the inner ear, repetitive, disembodied notes that are brilliantly commingled with the sound design of the film to keep audiences off-kilter as they navigate this deadly world. Inspired by director John Krasinski’s skillful maintenance of a tone that somehow manages to be scary, a little melancholy and somehow still fun to watch, Beltrami creates some beautiful themes for the characters that underscore their attempts to preserve their humanity, and then surrounds them with tense, explosive sequences that make you afraid to react out loud — whether or not you’re watching the movie. 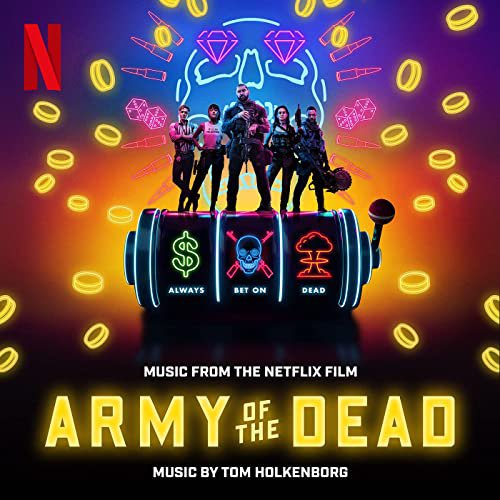 There’s also Tom Holkenborg’s score for Zack Snyder’s Army of the Dead, currently out digitally via Milan Records but due for a deluxe vinyl release thanks to Waxwork Records, quickly becoming one of the best labels for soundtrack releases in terms of packaging and all of the bells and whistles you want as a fan. (You will literally have to tear through some of the packaging to get to the records, not unlike their incredible release for Jordan Peele’s Us.) Musically, the score is actually pretty succinct — the digital release features twelve tracks for the entire two-and-a-half hour film, and several of them are part of larger character themes that repeat, such as “Scott and Kate,” which Holkenborg slowly develops using processed human voices and ethereal electronics for a vague sense of romance, not unlike Angelo Badalamenti’s music for Twin Peaks. But Snyder is more of an action director than a horror director, and Holkenborg, veteran of Mad Max Fury Road, Deadpool and Alita: Battle Angel, is a similar kind of composer, so as rich and complex as the tracks are, the actual suspense or horror isn’t especially robust. 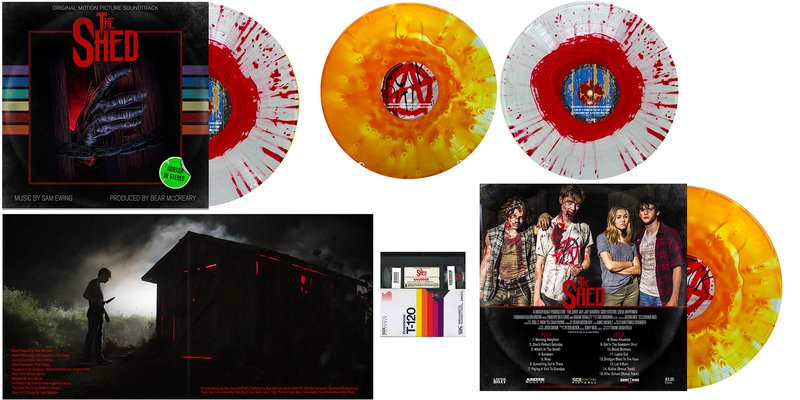 Finally, there’s the soundtrack for The Shed, Frank Sabatella’s 2019 vampire film, released on a beautiful LP by Enjoy the Ride Records, a scrappy label dedicated to cool and unusual cult films, past and present. Heavily influenced by 1980s vampire films like Fright Night and The Lost Boys, you might expect more of an electronic score, but Sam Ewing aims for something that sounds simultaneously classic and completely out of time, using traditional instruments while taking inspiration from musique concrète and avant-garde composers like Krzysztof Penderecki. The result is something that has startling power and creeping terror — crossing the line into sound design, which has become increasingly common in genre filmmaking — but Ewing skillfully pulls back on tracks like the thoughtful “Roxy,” offering a musical backdrop that’s constantly surprising, and fun to listen to outside the context of Sabatella’s film.

This last record for the month is a great example of something that by any measure is lesser known, but a really solid addition to a horror fan’s soundtrack collection; time will tell if the film becomes a venerated classic like those that inspired it, but owning it on LP keeps it in musical rotation, and further, your own vivid memories, wondering how Sabatella and Ewing took these eclectic cues and created something powerful onscreen. But whether you’re venturing into physical media collecting or, like many of us, ramping up again as releases proliferate, the next few months promise an embarrassment of riches — with more and more records popping up, reviving their films like zombies, with music that you won’t be able to get out of your head.