It's cult for your ears! C.H.U.D., THE DESCENT, THE HITCHER, and more! 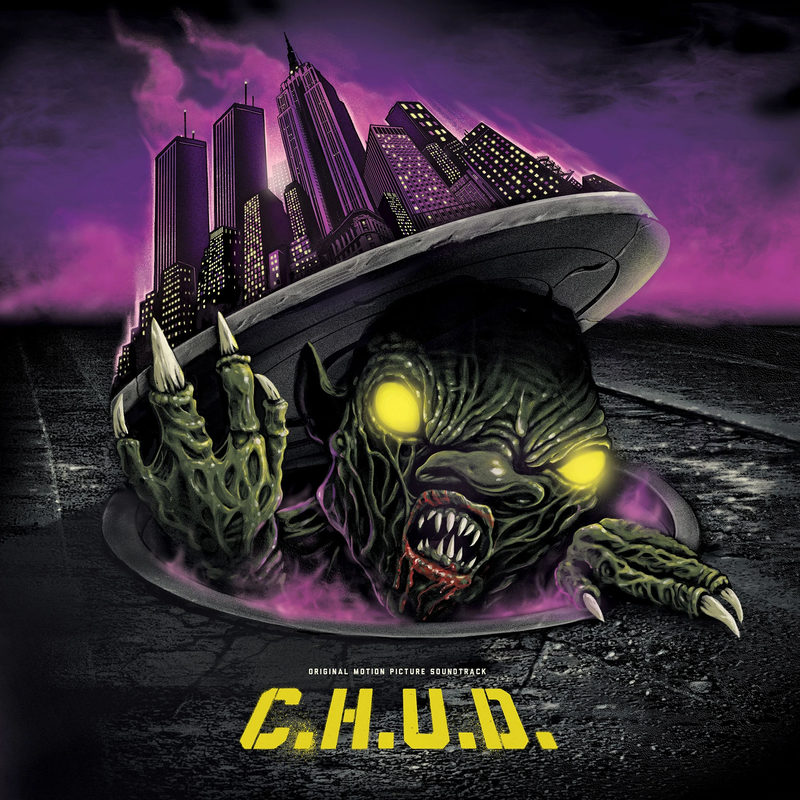 Of all of the words most commonly used with horror (or genre-specific) films, "cult" may be the most nebulous—and because of that, meaningless. In a genre that is almost by definition, no, by design marginalized or ostracized from circles of mainstream attention, there are simply too many films that have achieved too much fame, acclaim or notoriety within its ever-expanding walls for anything but a handful of them to escape the ghetto of obscurity as any sort of surprise, or without the active expectation that they would triumph over the forces of conventional art, cultural propriety or good taste. No matter how much we collectively wish that ticket buyers would support the art and artists we love, in horror there's an automatic, even cultivated atmosphere of ill repute that gives our favorite films an extra veneer of excitement that makes us feel cool and knowledgeable to be among the only ones celebrating them.

The "cool factor" gets compounded when it comes to film scores. Part of the reason for that is that as many great artists have brought brilliant visions to the screen, the music that accompanies them too frequently falls into "boilerplate" category. Five minutes after Bernard Herrmann composed the iconic themes for Alfred Hitchcock's Psycho, for example, a dozen copycats were mimeographing staccato string arrangements and plugging them into knockoff murder mysteries. And somewhere around 2012, every single horror director decided that their films would feature some iteration of the Best Score That John Carpenter Never Wrote for the next four to five years, featuring the best synthesizer plug-ins their laptops could afford.

I'm talking shit, but of course lots and lots of great work was recorded in 1961 just like there has been from 2013 to the present—and in between, for that matter. And so this conversation exists to encourage you, as the consumer and fan, to be discriminating; many sites are competing for more and more of your money (thanks, supply chain interruptions!), and as appealing as it might seem to snap up every oddball, obscure, limited-edition release that gets announced, it's important to choose the ones that resonate with you— and more than that, are enjoyable to listen to. Even admiring their films deeply, there are some scores I cannot imagine ever putting on and cleaning the house to, and while I wouldn't purport to tell you which are or should be the perfect vacuum-accompanying soundtracks, the point is that we simply live in a time of too much abundance to be baited into buying things that are not right for you.

That admonition aside, the titles included in this month's column offer an exciting variety of sounds, starting with Martin Cooper and David Hughes' score for Douglas Cheek's C.H.U.D. Waxwork Records is always delightfully unpredictable—one week they're re-releasing Kryzstof Komeda's soundtrack for Rosemary's Baby, the next, they're dropping a trunk-filling box set of Godzilla scores. Spread across two slabs of vinyl and 31 tracks, Cooper and Hughes' work covers a lot of territory, from menacing mid-'80s synthesizers to more contemplative piano work. Most cues are short, even if they're not sweet; the 1:05 "We've Got A Date Downtown" urges the listener on as drum machines lurch beneath electronic timpani. "Death By Asphyxiation," at 24 seconds, oscillates with high-pitched intensity. But personally speaking, I tend to prefer variety to consistency, and the broad spectrum of sounds included here makes this a fun listen. 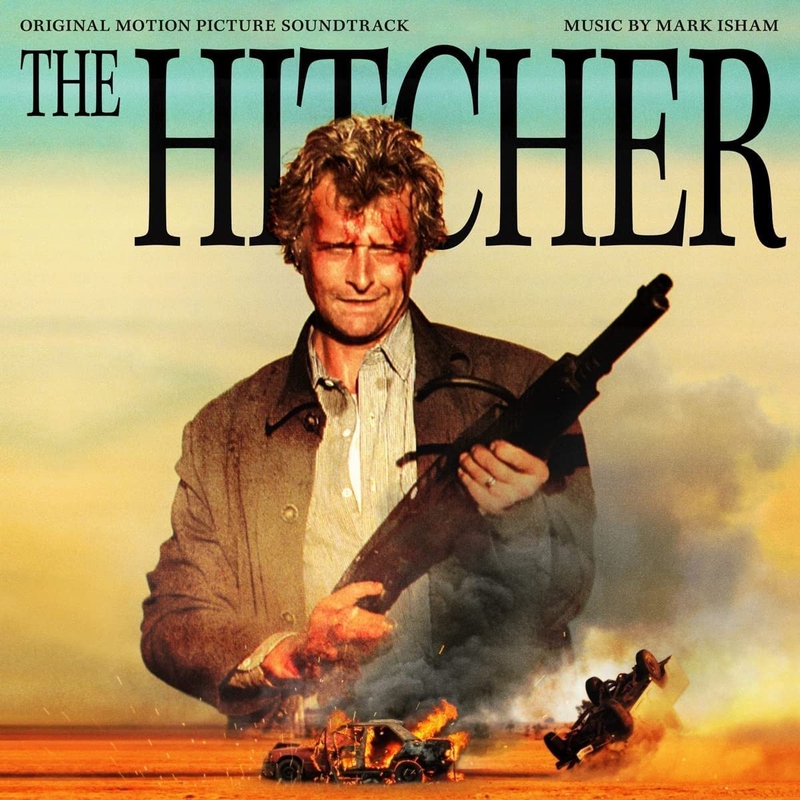 Two years after the release of the 1984 film C.H.U.D., Mark Isham composed the score for Robert Harmon's The Hitcher. The two scores couldn't be more different; where to some extent Cooper and Hughes offer a workout of the genre's greatest hits, a roundup of identifiably creepy moods, Isham was only incidentally a horror composer, which explains why the lead theme is more elegant and haunting than openly menacing. Led by a solo trumpet over subtle electronics that veer more towards the work of Hans Zimmer—synthetic glockenspiel, metallic ambiance—Isham creates a less scrappy mood than that of the C.H.U.D. score, appropriate for their different aims as films. But the difference in collecting the two records, as one can do with Silva Screen releasing The Hitcher score in time for Record Store Day (April 23rd), is that while the horror element hovers low in the sound of Isham's score, it, like him, feels like that tone is part of a larger impulse, which makes it a more digestible collection of cues. Mind the pun, but it's worth picking up. 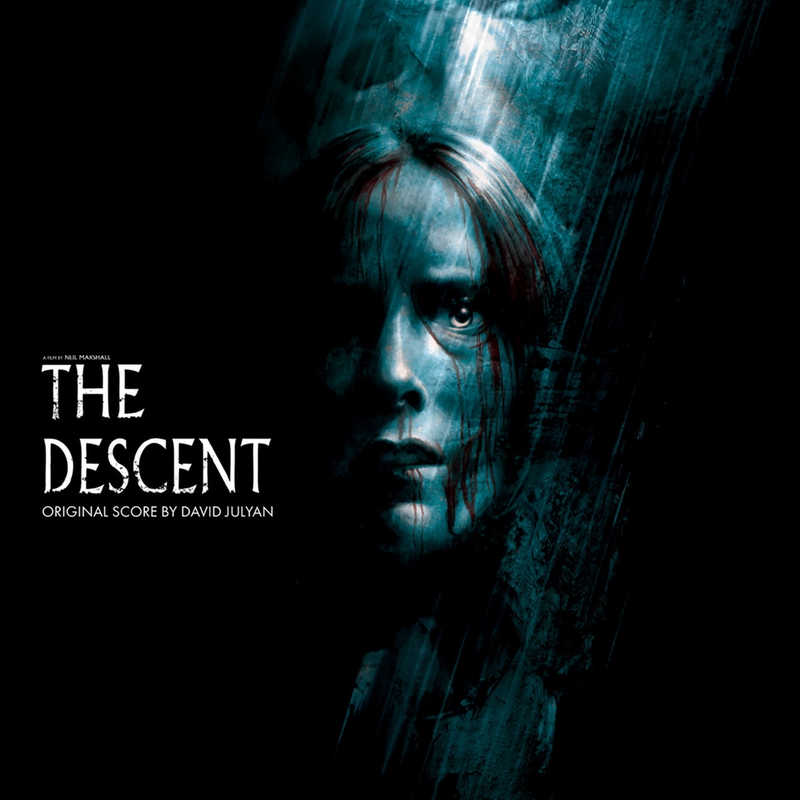 Upstart record label Burning Witches Records also recently released David Julyan's score for Neil Marshall's The Descent, and it overlaps more than a little with Isham's work for The Hitcher, albeit only incidentally. The music itself isn't the same, but its arrival in 2005, ahead of the retro-synth curve, leads listeners down some interesting pathways that aim toward a greater degree of respectability, or in lieu of that, enough of a budget for a composer who knew how to wield an orchestra. Julyan's music further taps this introspective vibe that suits the characters' motivations at the beginning of the movie, then eventually pivots to echo (sometimes literally) the atmosphere of the cave in which the characters are trapped. Whether or not this score makes a real impression probably relies upon how beloved the film is to the listener, but it escalates in a compelling way that takes you on an intriguing journey. 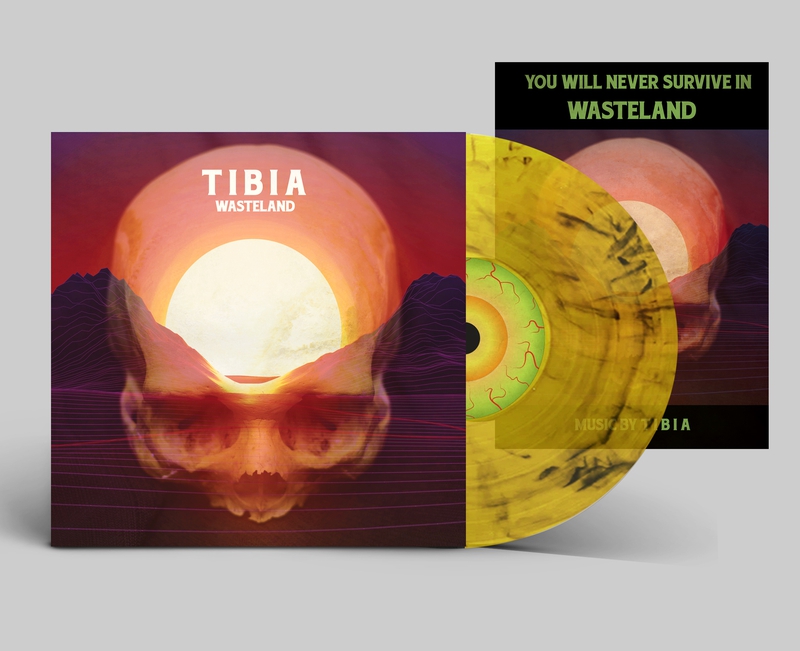 More contemporarily—and strictly speaking, not a film score per se—Stefano Rossello of the label Rustblade Records released a record as part of the horror synth-wave project Tibia. Rustblade has released a metric ton of great scores, but this side project is just as worthy an addition to your collection as any of the Goblin-related releases of the label's past. Accounting for its newness, the record is easier to listen to and is assembled like a record from, say, Italians Do It Better or a modern electronic label instead of like a score. But it also covers a lot of territory soundtrack collectors will enjoy, and perhaps even connect with music they already love.

The first track, "The Open Gate," for example, owes no small debt to Claudio Simonetti's score for Demons, as a contrapuntal melody echoes the one that eerily wove its way through Lamberto Bava's film. "Blood Of The Undead," its follow-up, shifts more into Carpenter territory without just becoming a soundalike, juxtaposing time signatures between melodies, bass lines, and beats. And then "Visitors," Track 3, seems to encompass everything from Sinoia Caves' score for Beyond The Black Rainbow to late '90s electronica—in a good way. By the time Tibia gets to its cover of the theme from John Carpenter's The Thing—the cover of Carpenter that only Ennio Morricone could create—the group's capitulation to its inspirations feels more like a palate cleanser than an act of conciliation.

As you may have correctly guessed, all of these recordings in one way qualify as "cult" records, some overdue to be discovered, some better-known, and some yet to be fully appreciated. But that's also because, as I suggested above, the definition of cult horror feels like an alignment of time, patience, and availability rather than some struggle that is in any way unusual for releases to achieve recognition. But then again, maybe you really do love a film that truly is so weird or obscure that it will take a devoted cache of fans to champion its values! Until then, however, these and hundreds of other records are here to remind you that an entire group of fans shares your favorites, so celebrating them isn't a matter of exhuming them from perceived obscurity but enjoying them how you can, while you can, for as long as you can.