Every planet needs a Rob Zombie, and we shouldn’t be taking ours for granted. 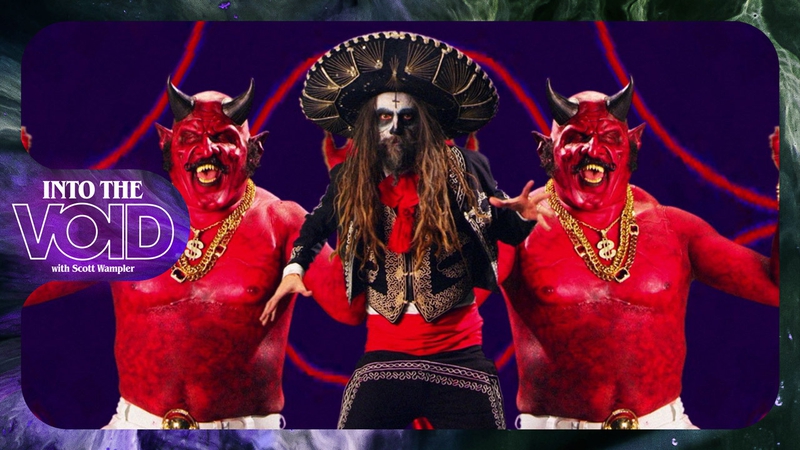 Slugline: Every planet needs a Rob Zombie, and we shouldn’t be taking ours for granted.

Earlier this week, the very first trailer for writer/director Rob Zombie’s The Munsters hit the internet, and the response was … well, probably not the response that anyone involved with The Munsters was hoping for. Twitter erupted into a dunk contest, “wife guy” chatter came back in a big way, and honest-to-god Munsters Discourse became a thing for several hours. If you’ve somehow managed to avoid seeing said trailer, I’ve helpfully embedded it for discussion purposes below:

Is the trailer for The Munsters janky? Yes. Was it inexplicably released in what almost appears to be standard-def? You bet your ass. Is each gag in the trailer undermined by slack editing or a bizarrely muffled sound mix? Every last one of ‘em. This is, objectively speaking, a very poorly-assembled trailer, a fact made all the more heartbreaking given that it represents our first extended look at Zombie’s film – which honors a classic, “spooky” TV series he clearly has a lot of love for. Are we to assume this trailer is representative of the film itself? Or is this just a case of a poorly-cut trailer making an admittedly goofy movie look, uh, maybe a little too goofy? Of course, we won’t know until The Munsters arrives in September, but here’s my take on the matter: I won’t care if the movie doesn’t work. 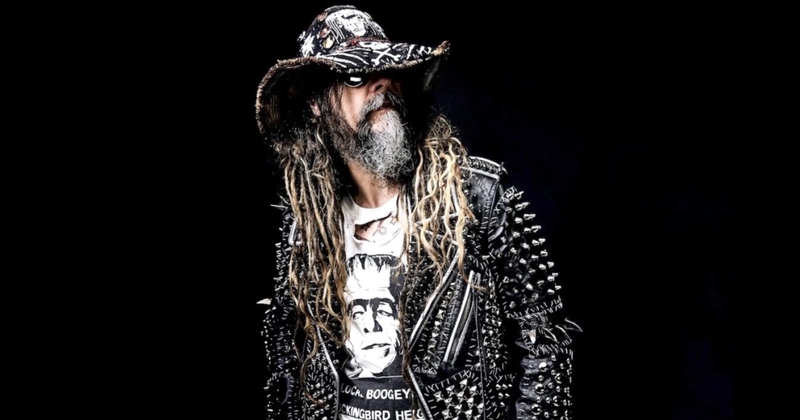 Here’s a guy – excuse me, a self-described “Astro-Creep,” “a demolition style hell American freak,” “the crawling dead,” and “a phantom in a box shadow in your head” – who knows what he likes. Rob Zombie likes fire and asses, over-the-top gore, and things that are “spooky.” Rob Zombie likes his wife (also, lay off the dude about the wife guy stuff; ain’t no harm in being proud of your missus and wanting to work with her, ah, more-or-less constantly), and dinosaurs, and arch cartoon drawings of the Devil. Rob Zombie is a showman (I am of the opinion that everyone should see Rob Zombie live at least once, that shit is a spectacle), a huckster, a deep-fried carnival barker standing at the front gate of Hell’s own amusement park.

With just a few exceptions (including the truly great Lords of Salem, which remains Zombie’s best film), I don’t think Rob Zombie takes anything he does all that seriously. Furthermore, I don’t think he gives a fuck what anyone else thinks. From his albums to the music videos they inspired to the films he’s made over the years, it’s very clear that Zombie just wants to do stuff he considers badass, and we – the people gawking at whatever he’s done this time – are invited to piss off if we think it’s childish or retrograde or clunkily-written or whatever. Rob Zombie is following his muse, and sometimes that muse tells him to do things like write a song that’s really just Zombie dragging everything he doesn’t like for three verses (including, somewhat inexplicably, The Flying Nun) while celebrating the healing power of shaking your ass and getting blazed out of your gourd. How do ya not love this guy? 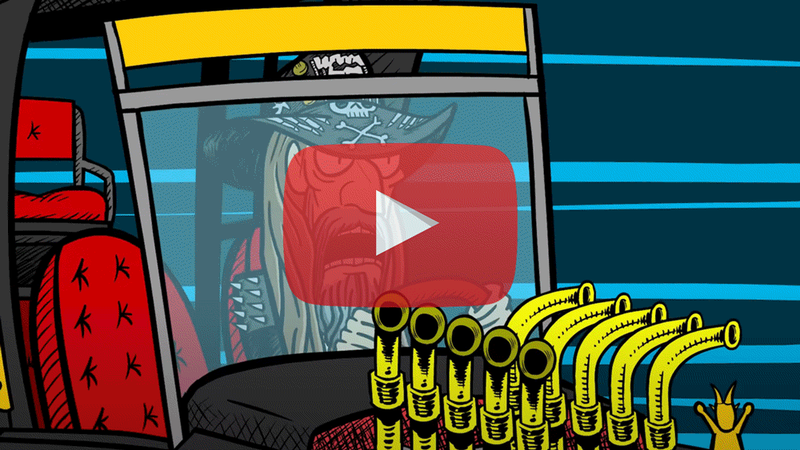 I suppose there’s a comparison to be made here between Zombie and Kevin Smith, another filmmaker whose steadfast refusal to do things differently or listen to anyone’s considered advice is really just another part of what makes each man’s biggest fans love them as much as they do. And like Smith, Zombie has made a number of movies that I can’t honestly say I like very much! I’ll go to bat for about half of Zombie’s cinematic output, but I always make a point to check out each of his films as soon as they arrive because even when I don’t like ‘em I can wallow around in the singular, instantly recognizable Rob Zombie aesthetic. You know how many directors are out there churning out bland, manila envelope-ass movies that we all forget ten minutes after we’ve finished watching them? That shit ain’t happening with 3 From Hell, even if you hated it. Gimme a dude with a wonky vision any day of the week; I’d much rather give that a whirl than whatever flavorless, $200M swill just got dumped on streaming.

What I’d really like to see Zombie do is return to the idea of remaking The Blob. This was a project that nearly got off the ground who-even-remembers-how-many years ago, and Zombie’s concept (“Something from outer space starts infecting people, taking over people, and then they all start melding into a Blob and connecting to each other, so it was almost like a disease that takes on a form,” is how he described his take on the material in an interview I conducted with him back in 2019) feels timelier than ever. The Blob’s begging for a modern remake (the last one arrived in 1988 and is well worth seeking out if you’ve never seen it), and the lack of a rabid, touchy Blob fanbase indicates that he could really monkey around with the particulars of the property without fear of enraging anyone. I’d also like to see that Groucho Marx movie he wanted to make a few years back. Show me someone who’s not at least a little curious what a Rob Zombie Groucho biopic would look like, and I’ll show you a goddamn liar (for the record: in the interview linked above, Zombie says he walked away from the project but that it would’ve been “like Sunset Boulevard”). 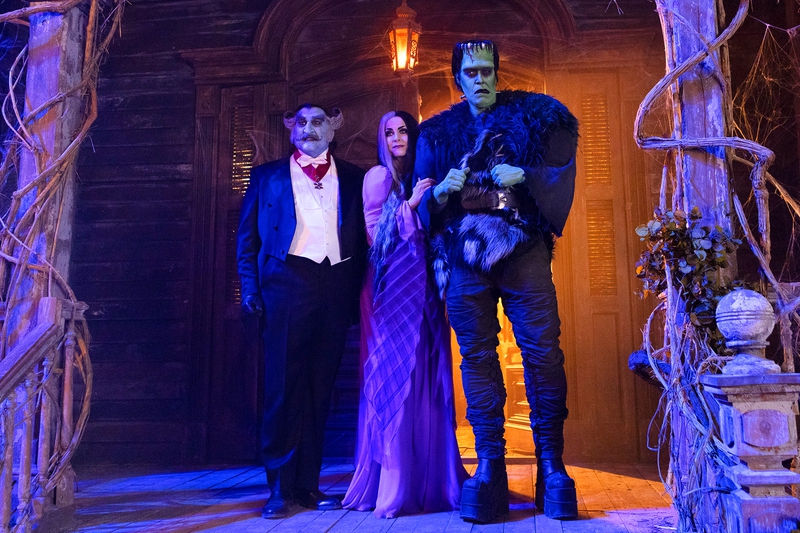 Anyway. With The Munsters, it looks like we’re getting Zombie as far outside his comfort zone as we’ve ever seen him. Was I excited by the trailer? No, I was not. But I remain intrigued by the idea of a Rob Zombie movie that, by design, will strip him of so many of the “crutches” that have dominated his work in the past (I do not expect elaborate gore, wanton nudity, or to hear Herman Munster threatening to skullfuck anyone), and even if I end up loathing the results I’m certain I’ll never be bored watching it.

So, keep on keeping on, Rob Zombie! I might not always like your movies, and I definitely wasn’t on board with that trailer, but I am thrilled that you’re still out there in the world, being an unapologetic weirdo, keeping your head held high, and still not giving a single fuck all these years later.