Join THE KINGCAST For Its One-Year Anniversary Special

Gird your loins for THE SKELETON CREW STUNT SPECTACULAR. 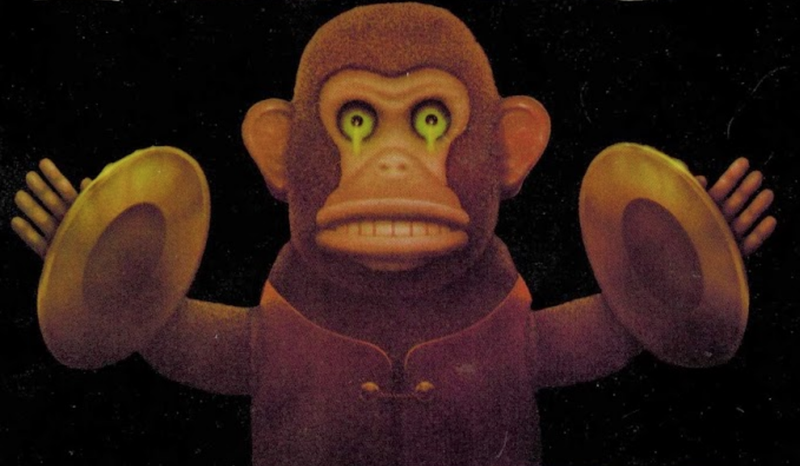 TOMORROW, Wednesday, May 12, The Kingcast will celebrate its one-year anniversary with a fairly insane episode: THE SKELETON CREW STUNT SPECTACULAR!

Okay, I'll back up. The Kingcast, hosted by Eric Vespe and Scott Wampler, is part of The FANGORIA Podcast Network, and for each episode they bring on guests to discuss the various adaptations of each one of Stephen King's works. And though this is a very successful approach to the Kingverse, Eric and Scott do break form occasionally, including – smol plug! – when they brought me on to discuss Storm of the Century, which is an original miniseries written by King and not an adaptation of anything.

Tomorrow's anniversary episode is one such breaking of form, as the co-hosts bring on over twenty guests to discuss every segment in King's 1985 short story collection Skeleton Crew. From The Kingcast:

The lineup includes over 20 guests - all of whom appeared on THE KINGCAST during its first year in operation - including Bryan Fuller (HANNIBAL), Elijah Wood (COME TO DADDY), Emily V. Gordon (THE BIG SICK, the forthcoming BALL & CHAIN), Alex Winter (BILL & TED FACE THE MUSIC), comedian Sarah Beattie, Kate Siegel (THE HAUNTING OF HILL HOUSE), and Stephen King adapter-extraordinaire Mike Flanagan (GERALD'S GAME, DOCTOR SLEEP). In addition to those 20+ guests, the show will also feature a surprise "Mystery Guest" who has never appeared on the show before.

(also I am there)

A couple of quotes from my pals and colleagues:

KINGCAST co-host Eric Vespe says: "The SKELETON CREW STUNT SPECTACULAR is meant to be a celebration of our first year, the many guests which have made it so special, and the horror legend who gave this show its name - Stephen King."

Adds co-host Scott Wampler: "You might wonder, 'How the hell can you cover an entire short story collection within a single episode, and how could you possibly make that work while speaking to over 20 guests?' The answer is: with a lot of careful planning and a willingness to create something ridiculous and chaotic just for the sake of doing so."

The SKELETON CREW STUNT SPECTACULAR will be available to listen to in all of your usual podcast places tomorrow. Can I add that the mystery guest will blow your mind? Be ready!

One episode.
An entire short story collection.
Over 20 returning champions.
What could go wrong?