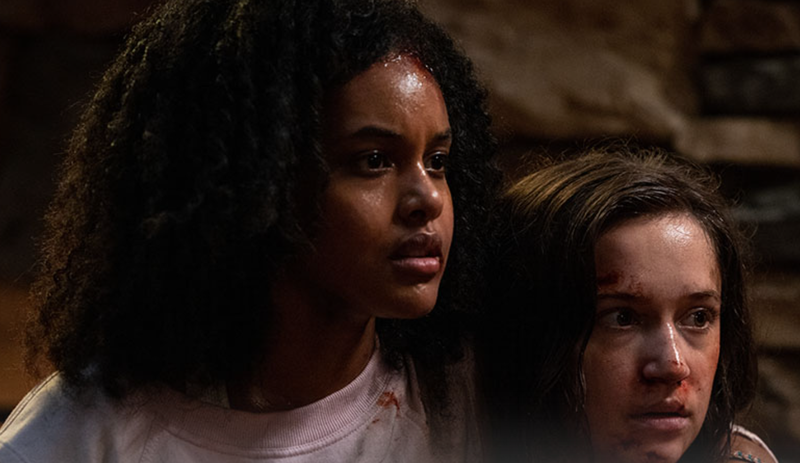 TIFF Midnight Madness lineup has been released and it's a doozy! First up... red alert, this is not a drill! In the words of one Michael Scott, "It's happening!" Kevin Williamson is headed to TIFF with brand new slasher, Sick. Described as "A lean, mean, and wickedly timely slasher from American action auteur John Hyams (Universal Soldier: Day of Reckoning) and Scream scribe Kevin Williamson." Safe to say we are freaking out and sick with excitement.

Next up, we've got Tim Story's The Blackening, skewering genre tropes, based on 3Peat Comedy's sketch of the same title, posing the question "if the entire cast of a horror movie is Black, who dies first?"

There's no shortage of excitement over here for Ti West's Pearl. The prequel to his wildly fun slasher from earlier this year, X. This time, he's taking it back to our favorite psycho biddy's youthful roots.

In this prequel set decades before the grisly events of Ti West’s hit slasher X, Mia Goth returns as the future psycho-biddy Pearl, here a starry-eyed farm girl with a short fuse and a deadly ambition. #TIFF22https://t.co/njS6QlHb7P

Jaume Balagueró (REC 2) and Álex de la Iglesia (Perdita Durango) are teaming up to conjure cosmic horror within the concrete corridors of a cursed apartment complex on the outskirts of Madrid in Venus.

West is taking us way back for Pearl, and V/H/S/99 will also be transporting us, this time to... yeah, you guessed it, 1999! "Set at the dawn of a new millennium, the perennial horror anthology series returns with its most innovative mixtape of 'found-footage' thrills yet."

Set at the dawn of a new millennium, the perennial horror anthology series returns with its most innovative mixtape of “found-footage” thrills yet. #TIFF22https://t.co/cRD7VL4dbs

TIFF starts September 8 and runs through September 18, visit the official website for tickets and more info and get the full Midnight Madness lineup here.