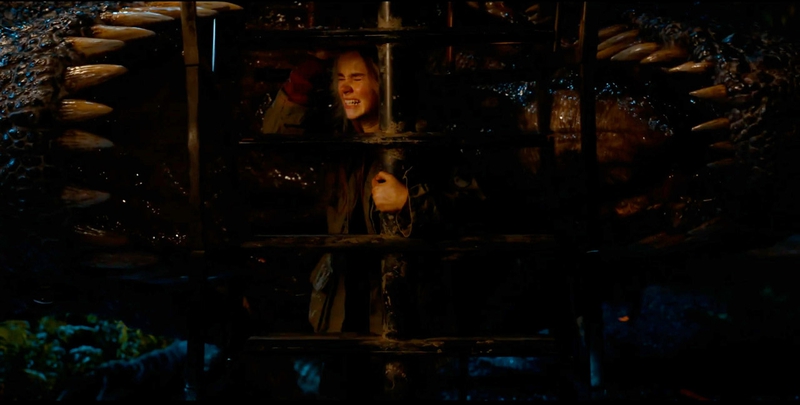 The time is nearly upon us, dinosaur lovers, as Jurassic World Dominion is just around the corner. The pandemic upended original plans for this sequel to 2018’s Jurassic World: Fallen Kingdom and the finale to this current trilogy, as it was originally due to hit theaters last summer. But after a year-long delay, the film will be here in just a few short weeks, and we’ve got a brand new trailer to prove it. Not only does the original cast return alongside the current cast making for a big uniting of generations, but there is a wild amount of dino-craziness going on here, even by this franchise’s standards. Check it out.

There is an awful lot to discuss here. First and foremost, Sam Neill, Jeff Goldblum, and Laura Dern are back in the saddle as Alan Grant, Ian Malcolm, and Ellie Sattler together for the first time since the original Jurassic Park. And the trailer makes clear that they are a bit part of the proceedings, not just cameos. Chris Pratt’s Owen Grady and Bryce Dallas Howards’ Claire Dearing are also here, along with many others. But the big feature players here are the dinosaurs who are now living in and amongst humans, given the destruction of Isla Nublar in Fallen Kingdom. It turns out this is not going well for the people of Earth.

Things are utterly chaotic with flying dinosaurs making nests in skyscrapers and other dinos causing some of the worst traffic you’re ever likely to see. There’s also the poor gentleman who gets eaten right off of his scooter by an Allosaurus while he was minding his own business. Not to mention all of the action sequences, which are, to say the least of it, wild. A raptor literally gets clotheslined by a metal bar during a car chase, and another raptor with feathers is capable of swimming under a frozen body of water. And we haven’t even talked about the baby raptor or the Giganotosaurus yet. It’s a lot. The movie’s synopsis reads as follows:

“Dominion takes place four years after Isla Nublar has been destroyed. Dinosaurs now live—and hunt—alongside humans all over the world. This fragile balance will reshape the future and determine, once and for all, whether human beings are to remain the apex predators on a planet they now share with history’s most fearsome creatures.” 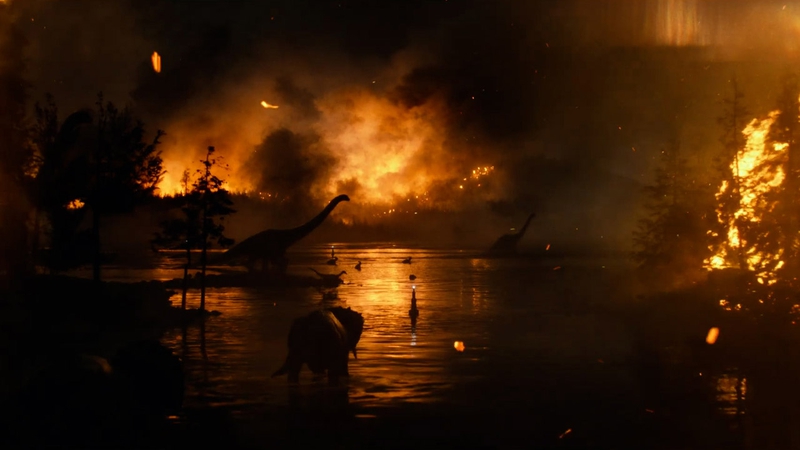 Colin Trevorrow, who directed the first Jurassic World, is returning to the director’s chair to finish what he started. Trevorrow co-wrote the screenplay with franchise newcomer Emily Carmichael of Pacific Rim: Uprising fame. DeWanda Wise (She’s Gotta Have It), Emmy nominee Mamoudou Athie (Archive 81), Dichen Lachman (Agents of S.H.I.E.L.D.), Scott Haze (Minari) and Campbell Scott (The Amazing Spider-Man 2) serve as the new cast members joining in on the action this time around. Other familiar faces include BD Wong as Dr. Henry Wu, Justice Smith as Franklin Webb, Daniella Pineda as Dr. Zia Rodriguez and Omar Sy as Barry Sembene.

Jurassic World Dominion hits theaters on June 10 and you can grab it on the newsstand cover of FANGORIA Issue #15 right now at your local Barnes & Noble, comic book store, and our online shop.