Jenn Wexler's THE SACRIFICE GAME Is Headed To Shudder, Here Are The Details

Shudder has secured the rights to THE SACRIFICE GAME, a new supernatural thriller from Jenn Wexler that begins filming next week. 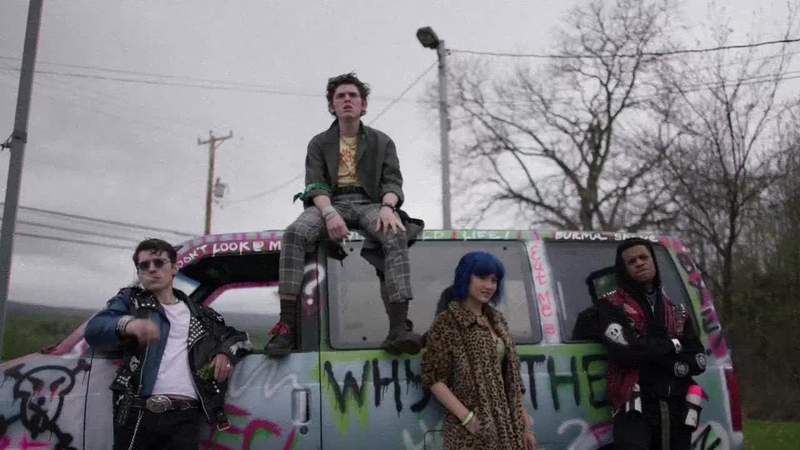 Jenn Wexler is back, and she's bringing her next horror flick to Shudder. Red Sea Media has announced that production is set to begin next week on The Sacrifice Game, a 1970s supernatural horror/thriller with Wexler in the director's chair. She also penned the screenplay alongside Sean Redlitz. Shudder has nabbed the rights to the film in all of the territories the service is available in, with Red Sea Media taking the international rights.

The movie has lined up an impressive cast that includes Mena Massoud (Aladdin), Olivia Scott Welch (Fear Street), Gus Kenworthy (American Horror Story: 1984), Chloë Levine (The OA), Derek Johns (The Wolf and the Lion), Laurent Pitre (Under the Banner of Heaven), and newcomer Georgia Acken. Filming kicks off on May 9th. So, what exactly are we getting into with The Sacrifice Game? The film is set at a girls' boarding school over Christmas break in 1971. Samantha and Clara, two students staying behind for the holidays, must survive the night against uninvited visitors. Wexler had this to say about it:

"I am extremely excited to be working with this incredible cast and to be partnering again with Shudder and with RSM. The Sacrifice Game is my tribute to the beauty and boldness of '70s horror, anchored in an unlikely friendship between outsiders."

Wexler made her directorial debut with 2018's acclaimed The Ranger, which also debuted on Shudder. Regarding her latest cinematic endeavor, Red Sea Media's CEO Roman Kopelevich said, "I loved this script – it reminded me of the classic horror films of the '70s." Shudder General Manager Craig Engler had this to say in a statement:

"We loved The Ranger and are thrilled to be working with Jenn and her team to bring her new film, The Sacrifice Game, to life. Jenn's film promises to be a wild and thrilling ride that offers a fresh take on timeless horror themes. We can't wait to share it with our members."

Philip Kalin-Hajdu, Albert I. Melamed, Heather Buckley, Wexler, and Todd Slater are on board as producers. Roman Kopelevich, Crystal Hill, Peter Phok, Mark Berry, Duane Farley, Marc Côté, Massoud, and Welch are also on board as executive producers. Yannick Sadler is also co-producing. Kalin-Hajdu and Melamed had this to add:

"After years working in genre, it is a highlight to be making a Shudder original with this film. Wexler's thrilling vision pulled us in from the start. We have never seen Mena Massoud and Olivia Scott Welch in roles like these and we can't wait to share it with the world. We are grateful to be working with Shudder and RSM."

The Sacrifice Game does not yet have a release date, but stay tuned as we'll bring you more as we learn more.