Michael Frost discusses the new 4k restoration and his re-translation of one of Almodóvar's favorite horror movies. 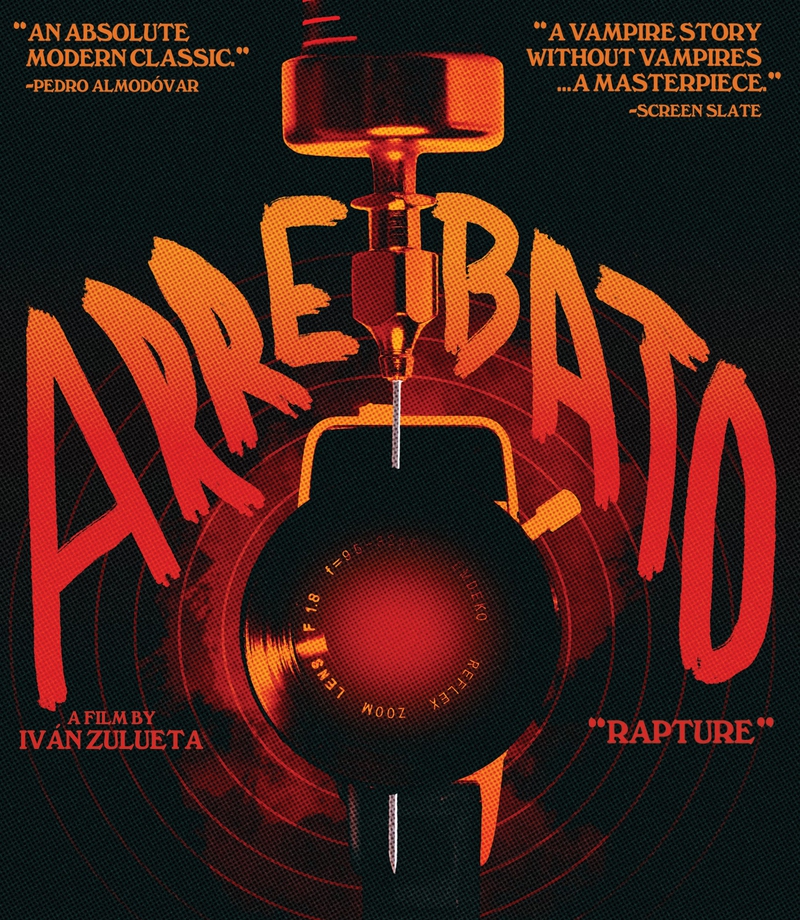 You'd think a horror film billed as Pedro Almodóvar's favorite might have, at one point in time or another, gouged a foothold for itself in international cult cinema. You would be mistaken. Few forces in this world have as strong a magnetic pull as Almodóvar, one of those forces is heroin. In the story of Basque designer and director Iván Zulueta, heroin plays the role of the villain, addiction kneecapping Zulueta's career and preventing him from shooting more than a scant two films or cementing those films in horror canon.

If you lived in Madrid in 1979 and had a chance to see Arrebato, Zulueta's masterpiece, and if you took that chance, then you know well what cinema lost. Most of us were not alive in Madrid in 1979, so most of us don't know a goddamn thing, which makes Altered Innocence's restoration and distribution of Arrebato here in the U.S. for the first time in its existence downright heroic. The film opened at New York's Anthology Film Archives in October, moved on to Landmark's Nuart Theatre a week later, and tumbles onto VOD in the year-end limbo of late December – a perfect time to melt your brain with reality-bending horror movies. Watching Arrebato in 2021 means watching a gifted artist flex his gifts with a thorough mindfuck that also handily functions as documentation of his relationship with heroin. It's creepy. It's sad. It's undeniably effective.

It's a big shame, too. Arrebato rips. The movie is set between the present and flashbacks to a pair of moments in time, shadowing Zulueta's protagonist, José (Eusebio Poncela). Stuck working on a horror movie with no end in sight, José's life is at a frustrating crossroad until he reconnects with Pedro (Will More), cousin to his ex-girlfriend and a whiz kid with a love of movies that borders obsession. Suddenly José becomes entangled in his memories of meeting Pedro for the first time; in the cassette tape Pedro sends José, recounting both of their prior encounters; and in the mysterious film reel Pedro packed up alongside the tape, his reason for reaching out to José. The reel is Pedro's fixation. You might say that it's his addiction. 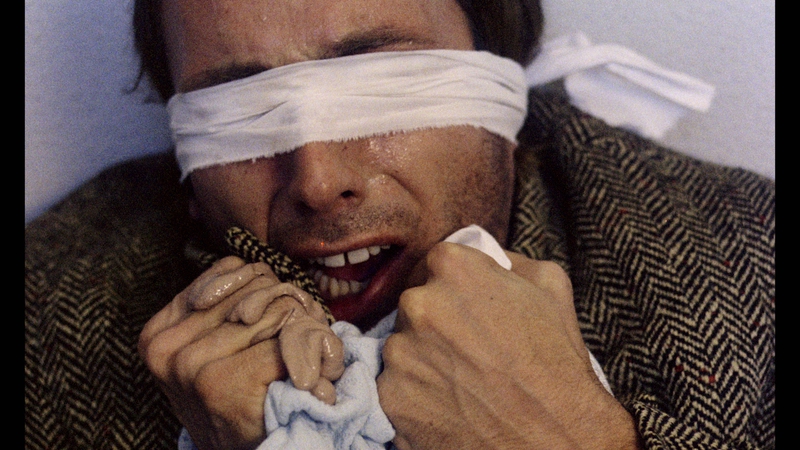 "Might" is a generous word. Zulueta draws as clear a line linking heroin to cinema as is possible for a movie as willfully cerebral and cryptic as Arrebato. Most horror monsters are seen in the flesh. Arrebato's monster is heroin itself. There's a lively debate to have about whether the film falls under the "horror" category or whether there's a distinction better-suited for qualifying its substance. "I don't really know if it's a horror film, but a part of me says it is in the way that heroin is scary," says professor and film historian scholar Michael Frost. Frost was born in Sevilla, moved to the United States when he was a boy, and spent his childhood summers over the '70s and '80s visiting Spain; he had the opportunity to witness Spain's monumental sociopolitical upheaval firsthand throughout the decades. "In this film, you feel like you're being sucked into this nether world of nothingness that these people are in." Zulueta entrenches his viewers so firmly in José's perspective that his addiction becomes a fundamental component of the moviegoing experience – a horrible feat, yes, but an impressive feat as well.

The posters, at least, are really good: See his work on Almodóvar's Labyrinth of Passion or Luis Buñuel's Viridiana. But good posters aren't the same as good movies, and heroin effectively crippled Zulueta's drive to make movies beyond Arrebato and some shorts here and there. "Since he had money and since he came from money, he didn't have to go out there and hustle to look for money, or make more movies, or do more art," Frost explains. "He just did whatever the fuck he wanted." And he kept on doing precisely that until his death in 2009.

Zulueta's heroin habit isn't the sole reason Arrebato never made it outside of Europe, or even Spain for that matter. Arguably it isn't the reason at all; it's a matter of timing. "It's beyond just 'the film never made it here,'" Frost says. "It didn't really make it outside of Spain." Arrebato didn't find an audience or stay in theaters for very long after debuting in 1979, and that combined with the picture's tone, aesthetic, and subject matter, led to instant coronation as a cult film (though Frost points out that it became the cult film it is today with time's passage). More importantly, the Nationalist general Francisco Franco kicked the bucket four years prior; his death spurred la Transición, the tender and wild political period where Spain shifted from dictatorship to constitutional monarchy. To put it lightly, folks were partying. 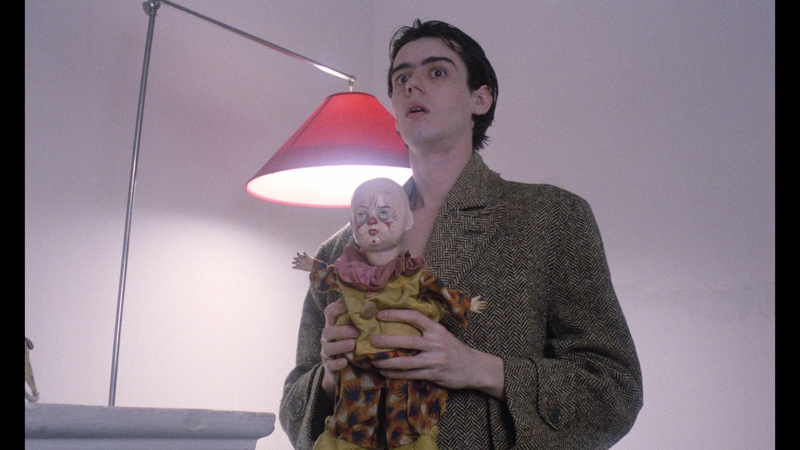 After being fed bootheels for ages, everyone suppressed under the Francoist regime finally tasted freedom. "People were just busting out of their closets collectively," says Frost, citing homosexuality's decriminalization in 1978 as a prime example of la Transición's seismic impact on Spanish culture. That's the world Zulueta birthed Arrebato into, and so it should perhaps come as no surprise that the movie tumbled through the cracks into international obscurity. Compare Zulueta to Almodóvar, his chum and contemporary in La Movida, the counterculture wave that crested during la Transición; Almodóvar is La Movida’s success story while Zulueta took a swan dive in the other direction. Almodóvar made warmer, pleasurable movies in contrast to Zulueta, because though Arrebato is a breathtaking movie, it can't really be called "pleasurable."

"The movie couldn't come out in a better or worse time," says Frost, "better because it matched that zeitgeist . . . but the worst part is, it didn't quite click." Careers have ended over movies that didn't click or sell tickets, but that's not the case with Zulueta. "Heroin just makes you a nothing," Frost adds. "It just kills your output. I mean, I don't know how William Burroughs wrote all those books, but he managed to, and [Zulueta] unfortunately only put out 2movies." They're both good movies, as a saving grace, but he could have made so many more. Like all great artists who expire much too soon, we can only wonder what else Zulueta might have accomplished.

Altered Innocence's owner, Frank Jaffe, has ensured Arrebato's preservation and given cineastes a new opportunity to discover the film, and the history carried with it. The restoration work meant so much to Frost that, on meeting Jaffe and learning about the project, he offered to retranslate the subtitles himself gratis. (In short, the original subs were so literal that they lost nuances in translation.) "If it's going to finally be released to the world 40 years after it was made, let's get it right," Frost opines. Good news: They got it right. Better late than never for a movie as monumental, and as primed to shred the nerves, as Arrebato.