But will it head to Amazon? 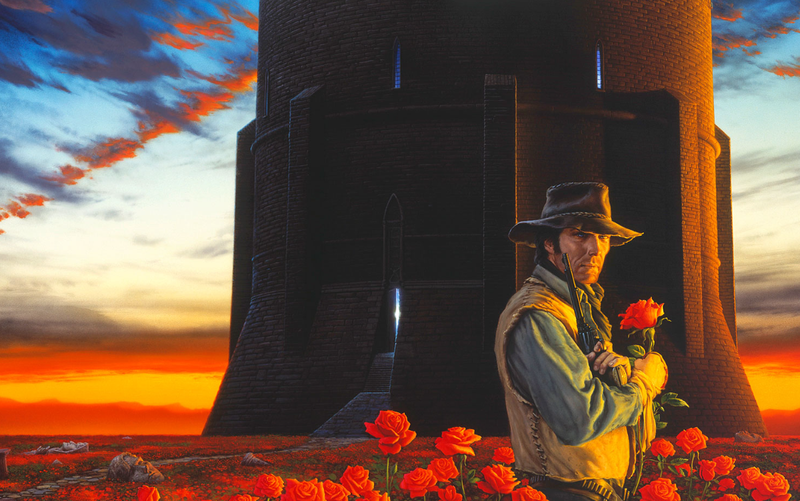 Well, after teasing his interest for many years and dropping a few not-so-subtle hints in a number of recent interviews, director Mike Flanagan (Doctor Sleep, Midnight Mass) has made it official: he and Trevor Macy's Intrepid Pictures are developing a TV show based on Stephen King's The Dark Tower series.

That Stephen King series, comprised of seven novels and considered by many fans to be the Master of Horror's magnum opus, is a notoriously tough nut to crack in terms of the adaptive process: it's a dimension-hopping genre mish-mash that runs the gamut from balls-out horror to science fiction to rollicking adventure to romance and everything in between. That, combined with the series' complicated mythology and sprawling cast of characters, has conspired to make The Dark Tower one of the most difficult-to-adapt properties in Hollywood.

So, who better to tackle such a thing than the filmmaker who managed to crack excellent adaptations of both Gerald's Game and Doctor Sleep, two King novels that many fans considered "unadaptable?" The man eats, breathes, and sleeps Stephen King, and - having had many conversations with him about this very topic - this writer can assure you: Flanagan has The Dark Tower running through his veins. If anyone can pull this off, it's him.

Hardcore Dark Tower nerds will recall that Amazon attempted to mount a Dark Tower series once before, with genre veteran Glen Mazzara at the helm. That project did not continue past the pilot stage, but if you're curious to hear what Mazzara had planned for the series (and why Amazon passed), be aware that Mazzara laid it all out to us in this episode of THE KINGCAST.

At any rate, all of this news comes to us from a brand-new interview over at Deadline, where Flanagan lays out his vision for the project (five seasons and two feature films), the fact that Amazon (his new home after leaving Netflix) has not yet greenlit the project and might not be where it ends up, assuming it gets made, and how he pitched his take on the material to Stephen King. You should absolutely head on over there to read the interview in its entirety.

As of this writing there's nothing further to report on Mike Flanagan's The Dark Tower series, but you can bet both your sandalwood-grip six-shooters that we'll be keeping a very close eye on this particular project as it continues to develop. Stay tuned for further updates as they roll in.