It Was CHILD'S PLAY: Growing Up With The Chucky Legacy 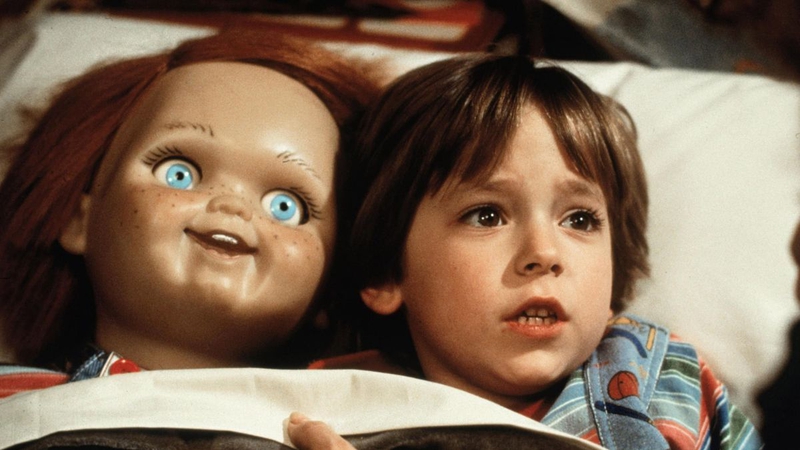 Some people never forget the day the training wheels came off their bicycle, or the inevitable fall without them. Maybe they look back on the thrill of their first rollercoaster, or the day they stood up to the class bully. These are the fading memories of our formative years. And they are familiar stepping stones on the path from adolescence to adulthood.

But sometimes, those stones lead us off the proverbial beaten path and into unfamiliar territory. My path led me to the aisles of our local West Coast Video. I was skipping around with my father on his weekly trip to rent and return the latest shoot ‘em up Willis-Stallone-VanDamme movie when something strange demanded my attention. Front and center on the cover of an otherwise black VHS tape was a doll with denim overalls and fire-engine-red hair. It had a menacing face and held a disproportionally large knife. Child’s Play, the cover read. I was confused at first, then intrigued. What was this My Buddy doll doing with a weapon?

I ran to my dad, VHS in hand, exclaiming, “Dad, look at this!” He said it wasn’t a “good” doll movie, and it certainly wasn’t for kids, despite the title. Of course, it wasn’t until later that I learned of the idiom. I also learned how to be a grade-A pain in the ass, pestering my parents until they gave in. I can’t remember how many trips to West Coast Video it took or how much begging and pleading before I finally convinced my parents we should rent the “bad doll movie.” I’ll never forget it—The Talk. (No, not that talk). The talk about the grownup swear words and the violence, and that what I’m about to see is make-believe. It didn’t really occur to me at the time that the profanity and violence probably matched that of any Willis-Stallone-VanDamme movie I had already watched, but I digress. The important thing, they said was, “tell us if you get scared.”

My dad pressed play on the remote, and the anticipation of what was to come thudded in my chest as the VCR began to whir in response. The year was 1990. I was six years old, and ready to meet my new friend ’til the end. His name — Chucky. 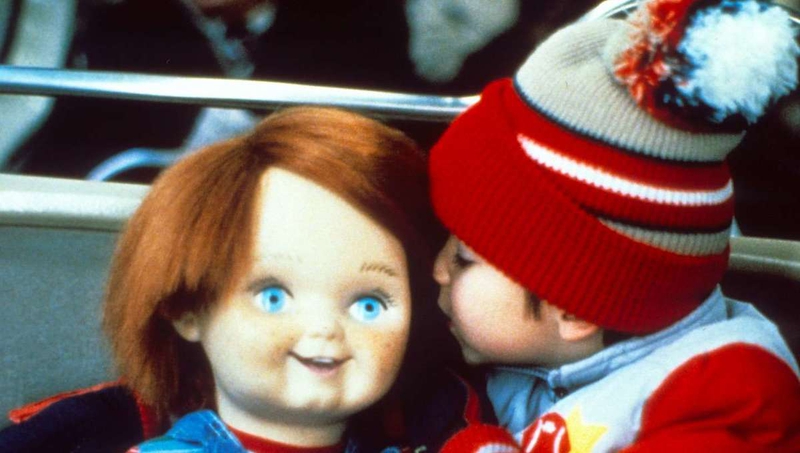 What happened that night wasn’t tears, and it wasn’t tantrums. What happened that night would stoke a lifelong devotion to a genre as diverse as it is divisive. And while I wasn’t quite sure I could define it at the time, this horror connection seemed forged by fate itself. After all, watching Child’s Play at six years old put me at the exact age of the young protagonist, Andy Barclay. What would I have done if one of my toys tried to kill me? Would my mom believe me? Would anyone?

At the time, my parents were probably just relieved that none of the R-rated vernacular made its way to the ears of my Catholic grade school classmates. In all honesty, they likely thought there was nothing more to that freckle-faced tiny terror than a passing interest. But something had awoken in me, something more than a morbid fascination. In Chucky’s absence, I devoured the lumbering zombies of Romero and dreamt of ways to mentally outwit Freddy Krueger. I learned how Tangina Barrons “cleans” houses and what makes Ellen Ripley the definitive final girl. 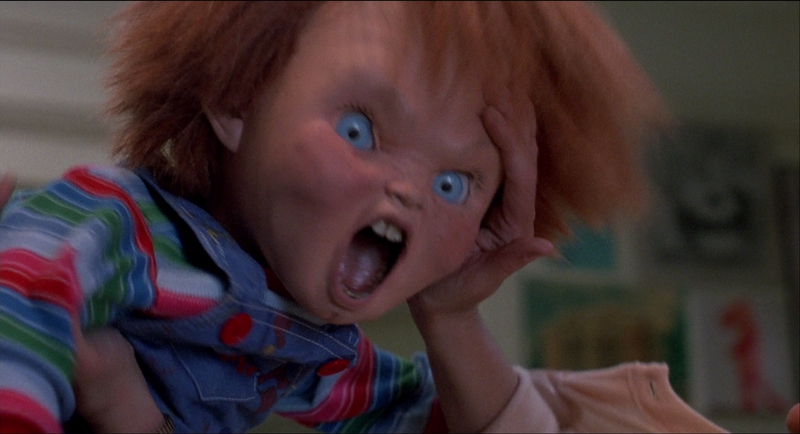 But Chucky comes back. He always comes back. With the release of Child’s Play 2 and 3, it seemed my initial interest in horror was validated—Chucky was here for the long haul. And so was I.

After discovering my love for the genre early, it didn’t take long before a dramatic shift came upon my bookshelves as well. Gone were the sweet childhood classics of Beverly Cleary and Judy Blume. In their wake were stacks upon stacks of single-sitting reads of Goosebumps and the latest from Christopher Pike. It was official: I was hooked on horror.

Much like the first drop on that childhood rollercoaster, the adrenaline rush of a good cinematic scare was something I sought constantly. But it was more than just the anticipation of fictional brutality or the awe of the phantasmagoric. It was the execution—no pun intended, honest. The skill required of achieving practical effects fascinated my mind even in middle school. How do these filmmakers and artists craft these creatures that capture our imagination? How do they take these abstract ideas from gloriously demented writers and manifest them on celluloid?

For Chucky, it was all about puppetry and animatronics. But in the beginning, it started with a doll, a symbol of innocence and childhood imagination. And perhaps the true horror is in the simplicity of the idea. Dolls provide solace and comfort—until they don’t. Creator and all-around Chucky ambassador Don Mancini saw to that.

I didn’t help matters either. I’ll never forget the Christmas I received my first Chucky doll, a plush-bodied likeness with his vinyl face frozen in a scream. My eight-year-old little sister was not a fan, suffice it to say. Upon receiving Chucky, I was also given a strict warning not to scare anyone with it. Anyone, of course, being my sister. Well…Some months later, I decided to sit Chucky neatly upon her bed in the room we shared. I then called her into the bedroom for the interrogation. “Ashley, how many times do I have to tell you not to touch my stuff?” She stood there confused, assuring me she didn’t. “Well, Chucky didn’t just walk on over and climb up on your bed himself,” I yelled. I stormed off. She cried. I got grounded. Roll credits.

I’d apologize, but given our mutual love of horror now, I’d just as soon pat myself on the back for my ingenuity in introducing her to the genre. We’ve since seen countless horror movies together, and still recommend and discuss movies and books now. She’s a professional cake decorator and artist, both of which I’ve benefited from greatly over the years. Personalized horror-themed cakes and custom-made horror-themed artwork? I won’t say sorry, Ash. I’ll just say thank you for knowing me so well.

I’m 37 years old now. I’ve studied abroad in Tokyo with a thesis in Japanese horror cinema. I’ve started my own occult library for personal research into the recent trend of folk horror. And I’ve been toiling over my first horror novel in an ebb and flow of the creative process for far too long. I’ve even had the good fortune to meet Tom Holland, director of the 1988 Child’s Play, at an outdoor screening of the movie…a mere fifteen minutes from where I was living at the time.

Sometimes, things just align. But who would’ve thought that after more than thirty years, Child’s Play would still be as relevant now as it was in 1988? With six movie sequels, a 21st-century tech-savvy remake, and a brand new television series, the legacy of Child’s Play endures. Chucky is an icon, a pop culture mainstay, and thanks to conscientious efforts by his creator, even an LGBTQ ally in recent movie installments.

As for me? I couldn’t be prouder to champion the franchise. Some kids grow up on Disney. I grew up on Chucky. And to answer my parents several decades after my first viewing, “Yes, mom. Yes, dad. I’m scared.” And I wouldn’t have it any other way. 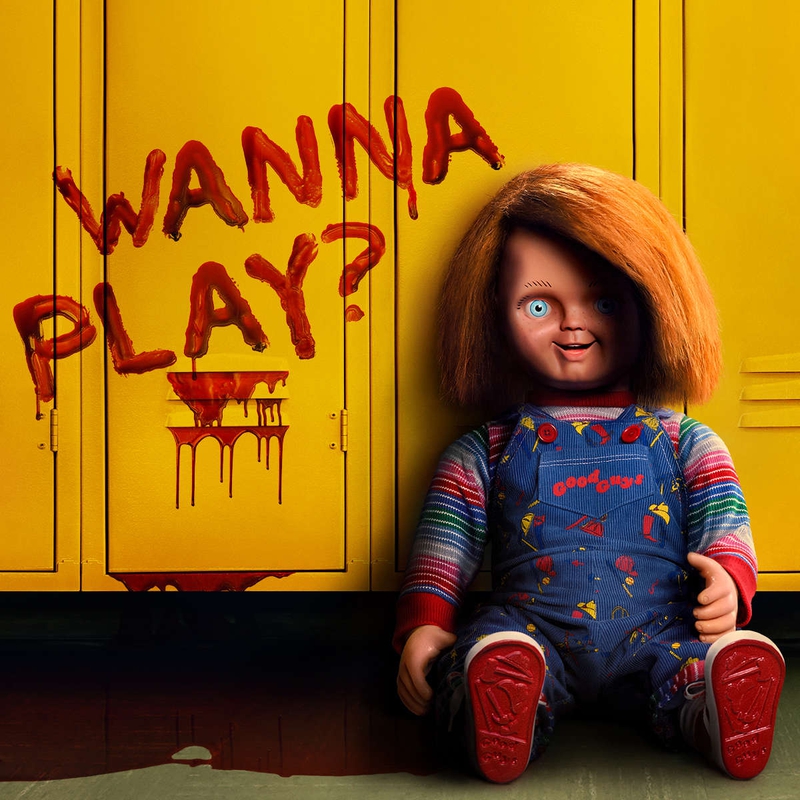