INTO THE VOID: In Which THE PRISONER Receives SEVERANCE

"I’m mostly ignoring every new series that comes along." Until... 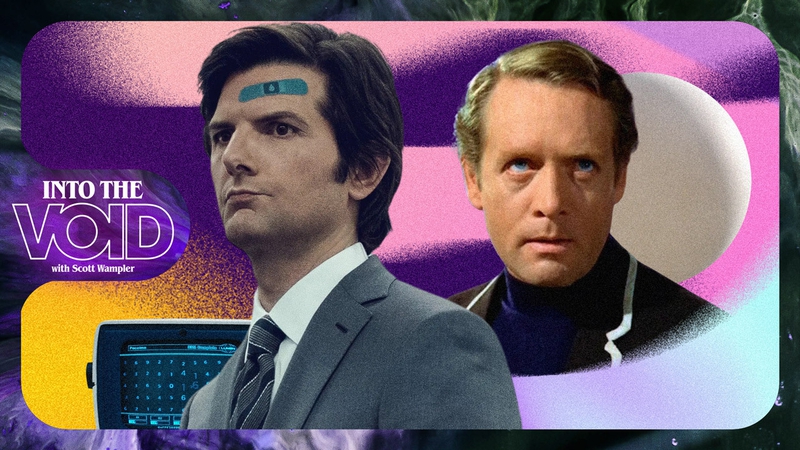 I’ve adopted a new approach to my viewing habits during quarantine, and it’s one that has proved unexpectedly beneficial over time. Namely: I’m mostly ignoring every new series that comes along (there are, quite simply, too goddamn many of these things to keep track of anymore), then waiting to see which ones catch on among my circle of close friends, who tend to take their appointment TV viewings quite a bit more seriously than I do. Assuming your own crew’s tastes tend to align with your own, and assuming you don’t care about watching everything the day it becomes available (these are, admittedly, two very large assumptions), it’s an approach that’s saved me untold hours’ worth of time and drawn me towards a number of shows that might’ve otherwise slipped through the cracks. 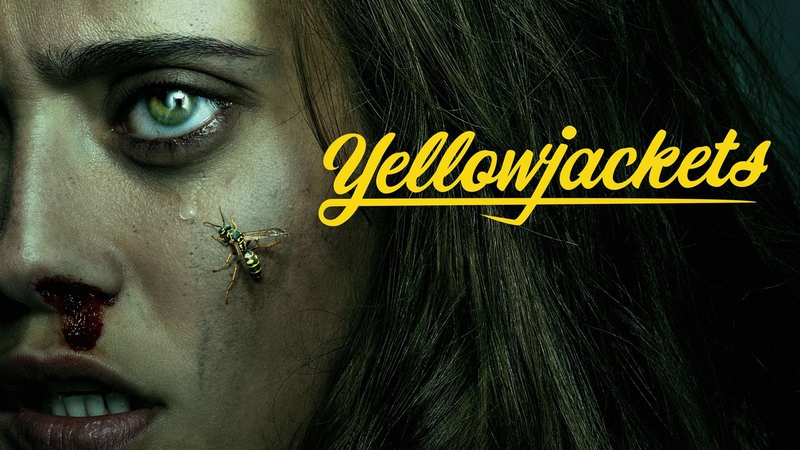 Showtime’s Yellowjackets is a prime example of this. I’d seen the trailer, I knew which network it was on, and I knew it offered an impressive roster of talent both in front of and behind the camera, but it took a good friend of mine bullying me for several weeks straight about not having started Yellowjackets (“I AM TELLING YOU THIS IS EXTREMELY YOUR SHIT,” an average late night text might read) to get me to actually start watching Yellowjackets. And y’know what? They were right. Yellowjackets was extremely my shit. Same goes for Amazon Prime’s recently-launched Outer Range, a sort-of metaphysical western revolving around Josh Brolin and his rancher family livin’ out on the prairie and discoverin’ a big ol’ hole to nowhere (well, not exactly “nowhere,” but let’s not spoil anything) out in the fields behind their modest homestead. A couple of friends pushed me towards that one, as well, and by the end of the second episode, I’d already decided this was a show I’d be sticking with ‘til the bitter end. 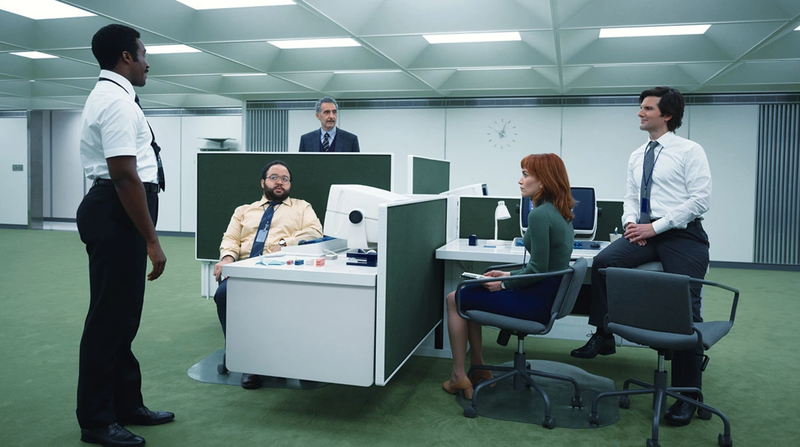 This also recently occurred with Severance, the Dan Erickson-created horror/sci-fi/dark comedy/thriller series that wrapped its first season on Apple+ earlier this month. Of course I’d seen everyone rhapsodizing about the show on social media since at least mid-February, but it took a few friends signing off on it (and, to be frank, the announcement that Apple+ was giving the show a second season; I’m far more inclined to hop onboard a new series when it seems unlikely it will be canceled before I’ve finished watching the first few episodes) to get me to set aside an entire day over the past weekend to get all caught up with it. Once again, my pals were right, but it is worth pointing out that any one of ‘em could’ve talked me into tuning in immediately if they’d simply told me how much The Prisoner DNA Severance contains.

To be fair, I don’t expect everyone to know what The Prisoner is. It’s a TV series (really, it’s a single season’s worth of a TV series) that originally debuted all the way back in 1967, and while you can find it streaming on Tubi, IMDb TV, Roku and the like, it simply isn’t a reference point for most people living their lives through pop culture in 2022. It’s also odd in a way that might turn some viewers off, defies easy categorization, and its Austin Powers-esque costumes, sets and special effects will feel very … oh, let’s say quaint to modern eyes. But if you can shrug off those sorts of things (and you damn well should!), you’ll find one of the most profoundly influential genre shows ever made.

You can get a taste of this show’s tone through its incredible intro, presented here:

One part spy thriller, two parts aggressive surreality, and one part sinister sci-fi nightmare about a man fighting against an unknowable organization with a penchant for playing deviously elaborate mind games, The Prisoner tells the story of a secret agent (Patrick McGoohan) who wakes up one morning in The Village, a picture-perfect little town (the very real location of Portmeirion, Wales) where everyone gets a number rather than a name. Our hero, newly christened Number Six, must figure out why he’s been brought here, who’s pulling the strings, and what the hell is going on with that gigantic floating security system named “Rover” that always seems to be popping up just as he starts making headway on an escape attempt. 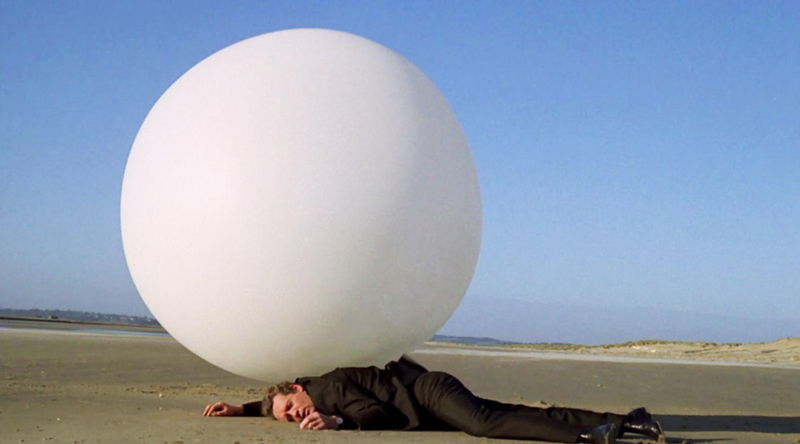 Number Six is frequently caught by that roving security balloon (which, by the way, is a direct precursor to Lost’s infamous Smoke Monster), but he’s also stymied by the Village leadership, who spend the duration of the series trying to break Six’s mind so that he will, “by hook or by crook,” give up whatever “information” resides in his mind. This isn’t quite the story of Severance’s Mark S. (Adam Scott), a worker toiling away at the Lumon Corporation. In Mark’s case, he signed up – willingly, I might add – to be part of the company’s “Severance Program,” which separates a worker’s consciousness into two distinct halves, neither of which have any memory of the other: the hours they spend on the clock for Lumon, and the hours in which they aren’t at work.

Turns out, the version of Mark that’s been trapped in the “work hours” half of his consciousness has been having a rough go of things lately. His old pal Petey recently stopped showing up at the office, a new hire immediately rejects the Severance process and sets about trying to escape in an escalating series of desperate maneuvers and the work they’ve been doing for Lumon has begun to feel somewhat ominous. Possibly even dangerous. So, sure, Mark got himself into this mess, whereas Number Six was taken against his will, and that is a crucial difference, but beyond that fact, the pair share quite a few similarities – as do each of these shows.

To wit, both the Village’s residents and the workers in Lumon’s Severance program are under constant surveillance, and they generally go about their days doing what’s expected of them. Breaking the regular rhythms of either space will get security called down on you with a quickness (Rover for the Villagers, Mr. Milchik for those on Lumon’s “severed floor”). In certain cases a more powerful punishment might get meted out (the Village has all manner of ways of breaking its stubborn citizens, while going too far over the line will get you sent to Severance’s “break room”). Both shows withhold key pieces of information from their audiences, overflow with striking production design, and seem preoccupied with the concept of control. If there’s any doubt that one is informing the other, consider that Severance ends one late-in-the-game episode with a needle-drop of Billie Holiday’s “I’ll Be Seeing You,” a direct nod to The Prisoner’s oft-uttered Village catchphrase, “Be seeing you.” I don’t think we can read The Prisoner’s tea leaves for any hints as to where things might be headed on Severance, to be sure, but I’d bet good money the folks behind the latter are big fans of the former.

I’ve got a few episodes of Severance left before I’ll have completed season one, but I’m so delighted to have a show like this to look forward to (of course, now I gotta wait in between seasons, which means I’ll be foaming at the mouth by the time season two rolls around, but I can be mostly patient). This series scratches a few of the same itches The Prisoner did back when I first stumbled across it over twenty years ago. I’ll be eager to see if Severance makes any further explicit nods to the series I’m certain (at least partially) inspired it, and I can’t wait to find out where the hell this weird little journey’s gonna take us. Really, there’s no telling. I mean, who knows – maybe it’ll all build to Mark somehow reversing the Severance process and waking up in Portmeirion.