Indie Game Spotlight: Chatting With The Developers Of SUCKER FOR LOVE And HIDDEN DEEP

We took a deep dive into the caverns of monster-infested mines, and monstrous love. 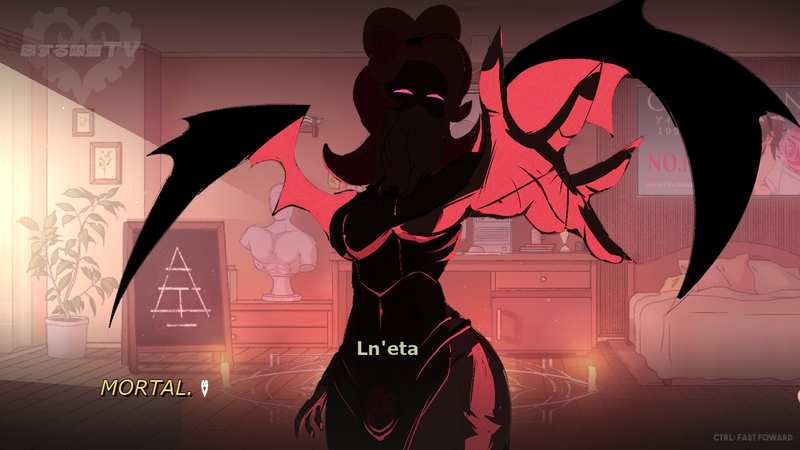 2022 is starting strong in the indie horror game realm. January has brought us two new releases–very different in gameplay, but both worth checking out: DreadXP's Sucker For Love: First Date, and Cogwheel Software's Hidden Deep. How different are they, you ask? Well, the former involves smooching monster girls, while the latter involves running from monstrous parasites!

I contacted developers of both games to dive deeper into what brought about their respective horror gems. First up, I chatted with Akabaka and Ted Hentschke on the development of Sucker For Love: First Date, and how they came up with the idea of adapting Lovecraftian monsters into a dating visual novel. For background, Sucker For Love is a horror-romance point-and-click adventure with three separate chapters featuring multiple endings and monsters to be courted.

"Sucker For Love came about when I was on a bike ride thinking of themes for the next Dread X Collection," says Ted. "I was talking to my Polish friend at the time who told me a story about how due to her accent, someone thought she said "Visual Lover" instead of visual novel, so she ran with it and made a visual novel about dating paintings. It popped into my head that Lovecraft, taken at face value, doesn't sound like someone who writes horror. So I called Akabaka and asked if he wanted to make a game where you date Cthulhu."

Cthulhu would then manifest into the game as Ln'eta, a playful, pink-haired demon who tasks the player with conducting rituals through a bright pink spellbook (which she affectionately refers to as "a survival-guide") in exchange for a kiss. "Urusei Yatsura is [an inspiration] that I think most will pick up on with how much Ln'eta says 'Darling', and the fact that the love interests are other-worldly," says Akabaka. "Golden Boy was another anime whose skirt-chasing main character inspired Sucker For Love's main character's smooch-obsessed personality. There's a little bit of Love Hina mixed in, too!"

Don't let the bright and bubbly art-style fool you, though— as you flip through the tome and flirt with your monstrous muse, the rituals range from minor body horror to summoning creatures from the depths of oblivion. "I've never really viewed the divide between genres as anything more than semantics," says Ted. "What matters is they all play off of each other." Akabaka echoed similar feelings, saying, "Horror and comedy have more in common than I originally thought. Both depend on subverting expectations or doing something unexpected. I just had to be mindful to let the scary parts be scary, and the funny parts be funny." 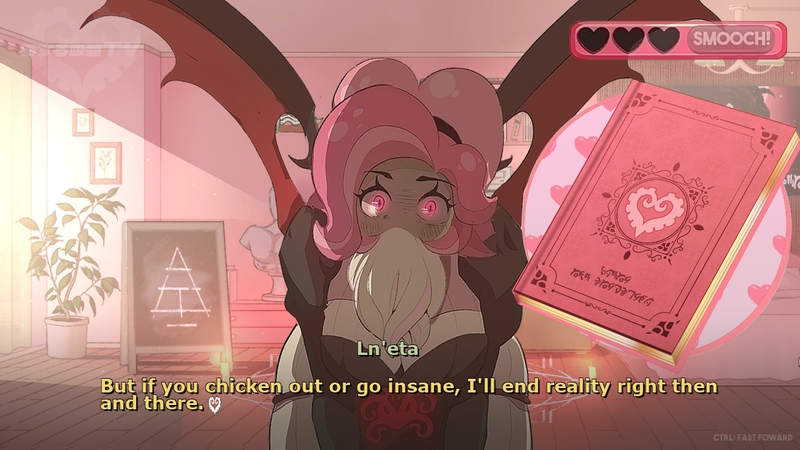 As for courting the all-powerful demon in the midst of ritualistic chants and sacrifice? "What romance and horror have in common is that they both get your heart racing very similarly. Toying with the way I make the player's heart flutter was really fun. Stuffing the roster full of things that make you blush one second and break out in a cold-sweat the next."

Some may speculate that Sucker For Love is being released at the perfect time given the recent tsunami of love towards monstrous women in media (looking at a certain beloved towering, sadistic vampire lady from another horror series). "I think we might be drawn to unusual characters because we've seen the same thing marketed to us millions of times — unchallenging characters that are familiar to the point of losing their novelty," says Akabaka. "Things that deviate from the path of least marketing resistance end up being brand new and recapture our imagination. What would it be like to smooch Ln'eta? Or to date a monster that's two stories tall? It excites us all over again."

Sucker For Love: First Date is available now on Steam for $9.99, and has generated overwhelmingly positive reviews. 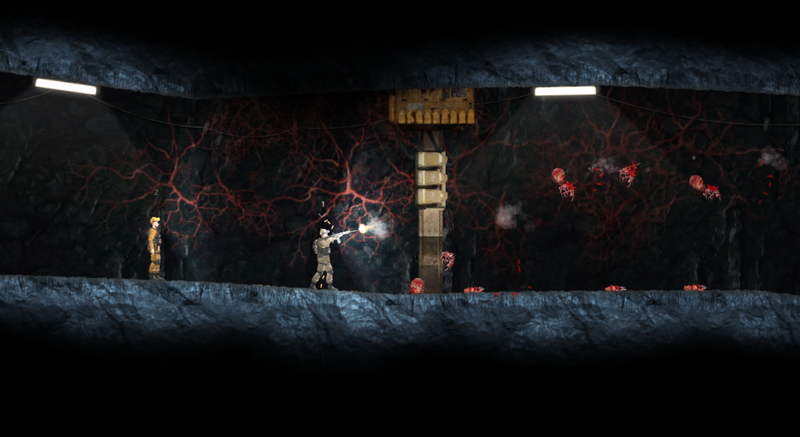 After chatting about monster-romance, I caught up with Cogwheel Software developer Lukasz Kaluski to discuss 2-D sci-fi horror, Hidden Deep. Set in a sub-oceanic mining facility, players embark on missions to search for their missing squadrons and uncover the mystery behind why the mines are filled with hungry parasites.

"The most important works [that served as inspiration for Hidden Deep] are Aliens, The Thing, Half-Life, and dozens of others that I can't even mention," says Lukasz. The monsters do indeed feel like they could have come straight from any of those titles — from little flying menaces to giant tentacle-armed tyrants living in the ceilings that will snatch your poor character and yank them right above for lunch.

Hidden Deep fits the unusual genre of 2-D side-scroller, which isn't very common in the horror gaming space. "It seems to me that the main advantage of Hidden Deep is relatively high realism for a 2-D game and a multitude of different mechanics, such as using grappling hooks to scale walls or blast open new paths with bombs," says Lukasz. The 2-D nature allows you to scope out the environment for any potential threats and plan strategically on how to move forward. It also gives you a front-row seat to watch as your friends plummet to their deaths or get eaten alive when playing in multiplayer mode. 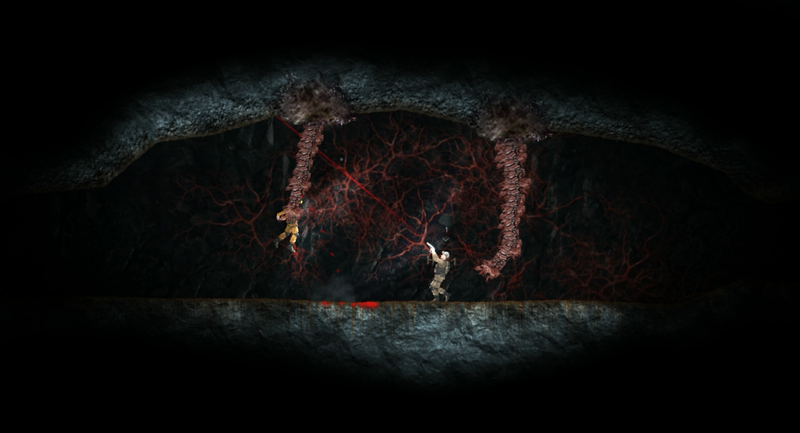 Hidden Deep was originally a single-player game, but according to Lukasz, multiplayer was added after the community strongly advocated for it. Still, he doesn't believe one mode is superior to the other and that the story is just as important as the gameplay. "History [in the game] is very important. I can safely say that the story is complex and interesting, "says Lukasz. "I don't want to spoil the fun, so let me just say that the beginnings of the events took place thousands of years ago and are not limited to just Earth. Expect some surprising twists."

During my brief playthrough of Hidden Deep, I repeatedly either succumbed to the bloodthirsty creatures or fell to my death, but each time I found myself craving to jump back in and try again. Very similar to the feelings that platforming games typically evoke. The 2-D format, emphasis on story, and addition of multiplayer make it a unique sci-fi horror package.

Hidden Deep is also available now on Steam for $24.99, and has also generated mostly positive reviews!