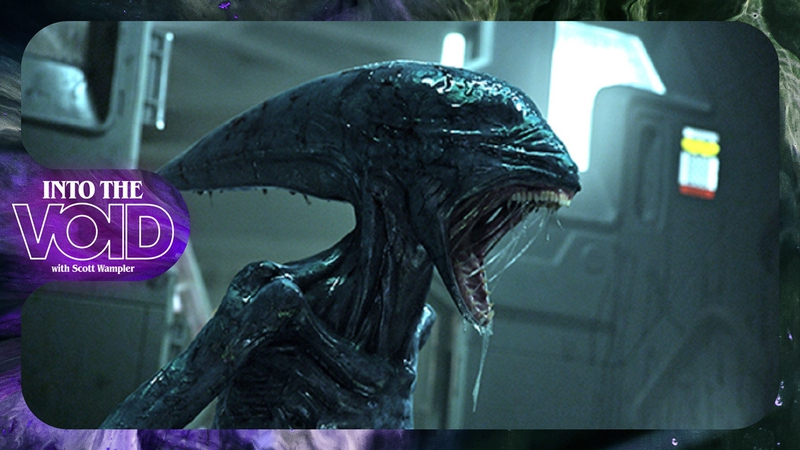 As anyone who knows me can tell you, I am a dyed in the wool Alien fanatic, a role I settled into while my age was still in the single digits. One of the major broadcast networks was airing a late-night, (presumably) edited-for-TV cut of Ridley Scott's 1979 original, a fact my mother mentioned off-handedly on the day it was due to air. At that age, I was fascinated by movie monsters, extraterrestrials and the janky UFO abduction stories they'd sometimes incorporate into Unsolved Mysteries, and she figured I might be interested. She was right.

I stayed up late that evening, drawing pictures of gooey-looking space creatures in my room and waiting for the movie to start. At first, I found Scott's film to be a bit on the slow side – at maybe nine years old, listening to adults talk about "bonus situations" and contractual obligations simply didn't carry the electric charge I was looking for – but once the doomed crew of the Nostromo made its way aboard that derelict alien ship I was paying close attention. By the time Kane's facehugger did what facehuggers are famous for doing, I was transfixed. And by the time the chestburster lived up to its name, well, I was madly in love. I woke up the next day and declared that Alien was my new favorite movie, which led to the revelation of Aliens – the title of which carried the promise of even more Xenomorph action. That was a good day, indeed. 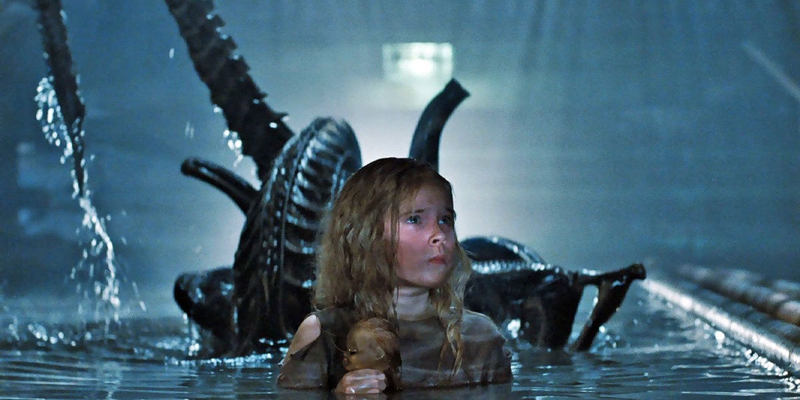 I caught up with Aliens as quickly as possible (a different flavor, to be sure, but I loved it every bit as much), and shortly after that, I learned that a third Alien film was en route. I begged to be taken to that one in the theater, but in the end, I couldn't sell my folks on the deal; my consolation prize was the Alien 3 novelization, which helped scratch the itch but obviously didn't leave me feeling satisfied. I saw it as quickly as I could, enjoyed the film on its own merits (years later, I'd learn to love it even more by reading about the utter chaos of the production, which by any reasonable measure shouldn't have resulted in a film that was even remotely watchable), and … well, you've seen Alien 3. At that point, I assumed we were all done with the franchise. Hicks was dead. Newt was dead. Ripley was dead. Where do you go from there?

Well, it turned out 20th Century Fox had plenty of ideas about where to go from there, which is how we ended up with two Alien vs. Predator movies of, oh, let's call it "unmatched quality, and only one of them just okay." At the time – and even today – those entries in the franchise felt vestigial at best and downright sloppy at worst, which again led me to believe that my beloved Xenomorph's time on the silver screen had reached its natural, unfortunate conclusion. The well had gone dry, for real this time, and I was content to let that be that.

Ah, but then Sir Ridley Scott got the itch to return. 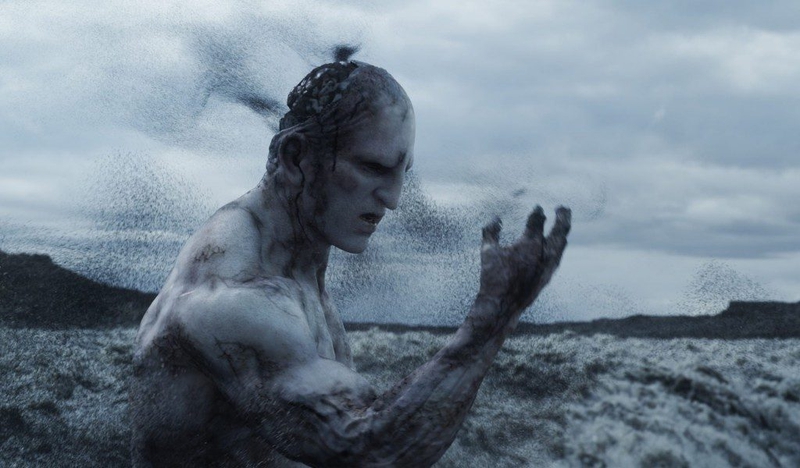 For his return to the Alien universe, Scott decided to go the prologue route, focusing his attentions on a specific element of the franchise that simply hadn't been explored in the past: that derelict alien spacecraft that set the whole saga in motion. What was the deal with the giant space-traveler in that gigantic chair? Why had said traveler been transporting a metric fuck-ton of facehugger eggs? Where'd they been going, and why did they crash? These questions served as a starting point for what would eventually become Prometheus, a film that would prove to be massively divisive upon release. An excellent trailer and the promise of Scott returning to the franchise he'd started all those years ago had worked fans into an absolute frenzy, but when the reviews started rolling in … well, the results were surely more mixed than the folks behind Prometheus were hoping for.

And here's a confession: I didn't like Prometheus the first time I saw it, either. I could list out the reasons why, but chances are you've already heard them before – underdeveloped characters behaving in baffling ways, a clunky third act that wildly careens between excellent and "Wait, what?" with wild abandon (sometimes within the same scene!), the nagging suspicion that the film was only one or two drafts away from being fully great. When the credits rolled on my press screening and I wandered out into the lobby, I found myself surrounded by other critics who were either just as frustrated or full-blown Mad Offline about the whole thing. 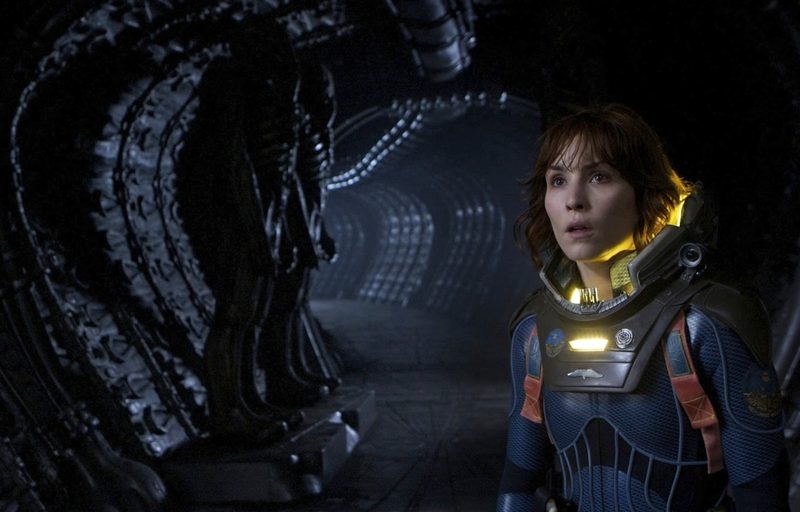 But a funny thing happened in the months that followed. I'd been turning the movie over and over in my mind during this period, kept picking at the memory of it, and decided I needed to see it again. So I bought the Blu-ray, and I find more to embrace with each viewing. Prometheus became the sort of film where I'd have to sit down and watch a few minutes of it if it happened to be on HBO or something when I passed through a room. It wasn't that my initial reaction had been wrong, I decided, but that I'd been too busy grousing about my quibbles to appreciate what Scott's film does exceedingly well: the world-building, the expansion of the Alien mythology, the sets, the costumes, the strong performances from its lead characters, and – last but certainly not least – the incredibly visceral sequence where Noomi Rapace's Shaw enters a surgical tube to give herself a chestburster abortion (I know it's not a chestburster, but you also know what I mean). Indeed, the good did outweigh the bad, and with some time and patience, I found myself converted to Team Prometheus.

A few things helped me along the way to this reconsideration. One of them was reading Jon Spaihts' original draft of the screenplay, prior to Damon Lindelof's rewrite, which better showcased what Prometheus was trying to accomplish. Of course, the only thing that matters is the final product, but – much like the realization I had regarding Alien 3 after learning about its troubled production history – knowing that they really had their heads in the right place up until that final draft, softened some of the sourness I felt towards the film. Prometheus wasn't a disaster, it was the result of a late-in-the-game fumble, which happens to the best of us, even the esteemed Ridley Scott. Also helpful: Scott's follow-up, Alien: Covenant, which brought this corner of the Alien mythology into sharper focus and (in this writer's opinion) made Prometheus seem a much better movie in retrospect. 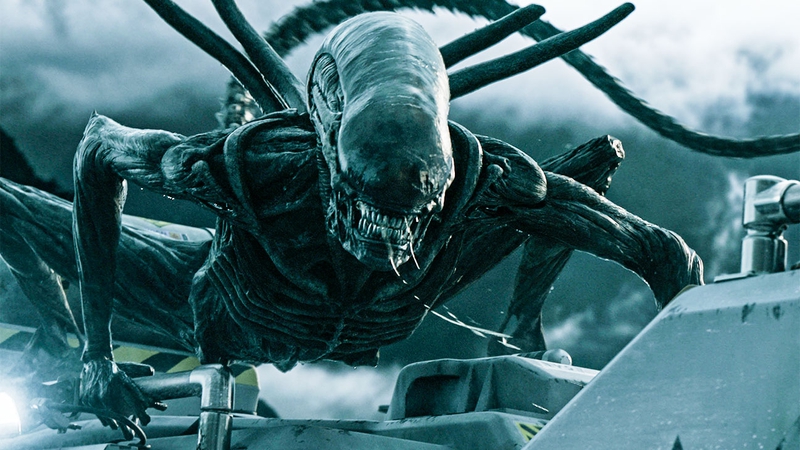 Prometheus is a weird-ass movie, there's simply no way around that, and I'm certain there are still Alien fans out there who have maintained their grudges against it. But what I've seen over the last few years feels like a growing reconsideration movement, with people I've long known to give Prometheus no quarter finally softening on Scott's high-minded yet admittedly uneven movie. I suspect that further reconsiderations may be in store for Alien: Covenant, particularly because I've seen more and more people expressing an interest in seeing Scott finishing off this trilogy as he intended (by the way, the stuff I've heard [and can't share] about what the third one would've entailed sounded fuckin' bonkers in the best way possible). This trilogy is absolutely not about the same things the original Alien trilogy was about, but what's wrong with that, particularly when the ideas these films are playing with are so rich and interesting to explore?

Because Prometheus is not a sentient being that can make birthday wishes, I would like to make one on its behalf: if you weren't a fan of Scott's film the first time around and never gave it another shot, please consider doing so now. Consider the nerve it must've taken to bring it to the screen with so many of its lofty notions and Lovecraftian riffs intact. Consider the carefully balanced world-building that went into it, all of which kept the film firmly within the Alien universe while showing us parts of it we'd never seen before. Consider that, if nothing else, Scott wanted to do something different this time around, and that no amount of boneheaded decisions made by Prometheus' red-shirt characters prevented him from doing just that. Consider the idea that, as has happened on many occasions before, a bunch of us saw this movie when it released, it didn't provide exactly what we were expecting, and that we unfairly wrote it off for being something entirely different. Give Prometheus a chance, is what I'm saying. Who knows? You might agree that it's more artfully constructed and imaginative than a full 90% of the slop we're being served today and find something to love there. I know I did, and I'm all the more at peace for it.