SESSION 9's return to Shudder has us thinking about weird horror haunts. 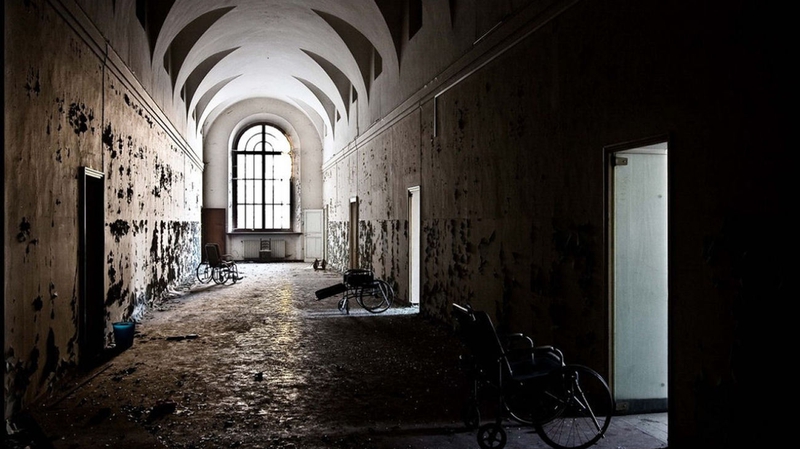 Among the highlights of Shudder's halfway to Halloween slate is the grand return of Session 9, one of the 21st century's most disturbing haunted house movies. Yes, it's technically set in an abandoned asylum, but, as the horror genre has routinely revealed, hauntings aren't exclusive to spooky gothic mansions and castles. With that in mind, here are five other unusual haunted locales from horror history. Now, onto the haints! 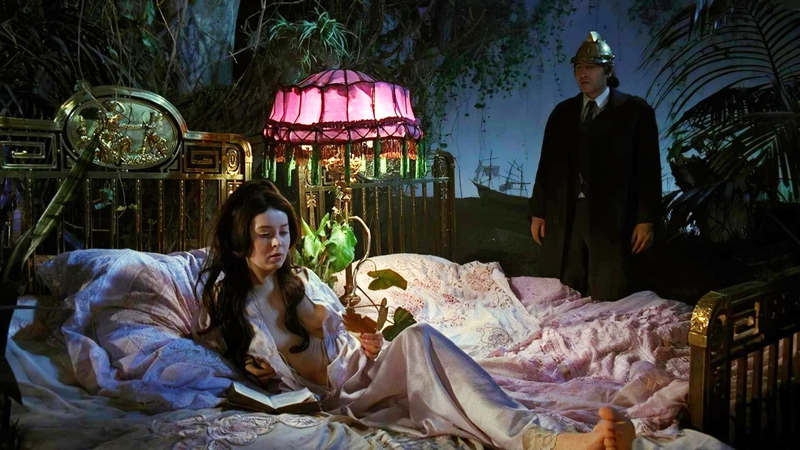 Wojciech Jerzy Has’ surreal trip through time and memory begins in its titular sanatorium, where Józef (Jan Nowicki) has come to visit his ailing father (Tadeusz Kondrat). He finds the decrepit facility in disarray, its eerily vacant corridors providing an uneasy welcome until he encounters a bizarre doctor (Gustaw Holoubek) and his nurse (Janina Sokołowska), who seem to be the only staff on hand. They inform Józef that night never comes to the sanatorium, and time doesn't work the same within its walls: technically, his father is both dead and alive all at once because the past and present intermingle within this twilight zone. The confused Józef can only look on in bewilderment as he peers out of a window and watches himself approach the sanatorium again, retracing the steps he took just minutes earlier. 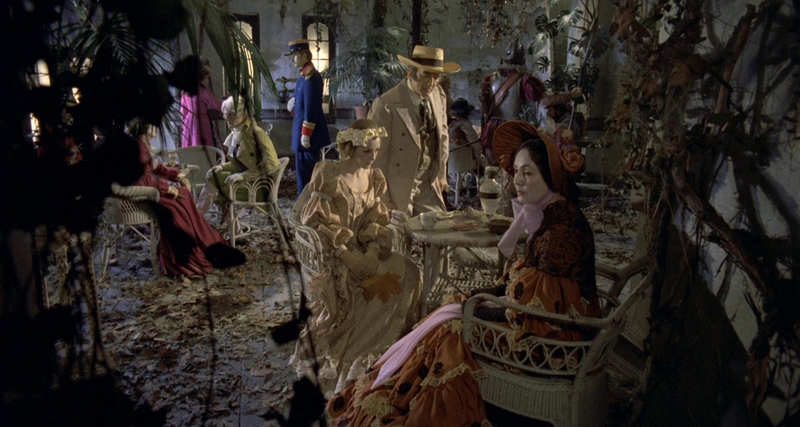 This time, however, the imposing doorway leads to a phantasmagoric trip down memory lane for Józef, setting him on a crooked path that forces him to endure a nightmarish recreation of his past. Childhood friends and family recur in a blurry haze, joining wax figurines as Józef navigates a twisted funhouse of nostalgic ecstasy and horrific violence. Throughout the film, Has hijacks the dreamy Eurohorror aesthetic popularized by the likes of Bava and Jess Franco to deeply unsettling effect, weaving references to the Greek underworld and the horrors of the holocaust along the way. The Hourglass Sanatorium ultimately suggests that the most haunted spaces are the repressed corners of our minds and the unspeakable chapters in history that we're doomed to repeat. 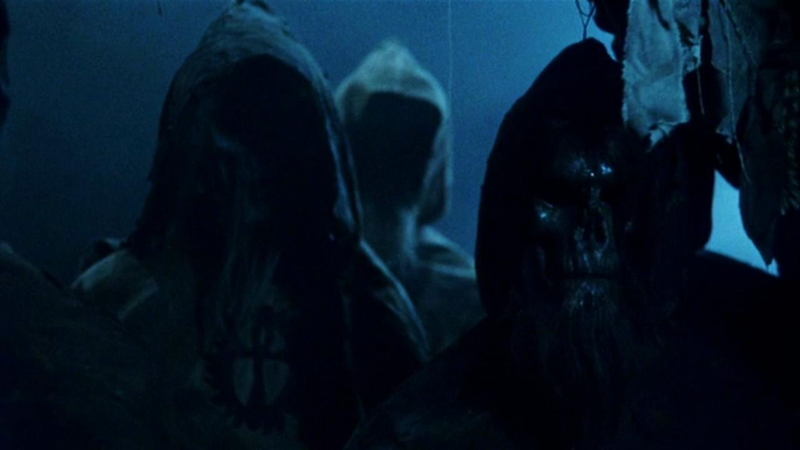 Amando de Ossorio took his Blind Dead saga to the high seas for its third installment, where his undead satanic sect of Knights Templar has become a maritime myth. The legend insists that their ghastly vessel routinely emerges from the mists, allowing its bloodthirsty passengers to feast upon unsuspecting victims. When a pair of models embark on a publicity stunt that leaves them stranded at sea, they soon learn that this is no legend, and an ensuing rescue attempt only brings more blood for the damned. Unfolding in a shroud of endless fog, The Ghost Galleon is atmospheric, even by this franchise's standard. Its titular derelict galleon moaning and creaking throughout to create the impression of a haunted house that happens to be surrounded by a desolate sea. 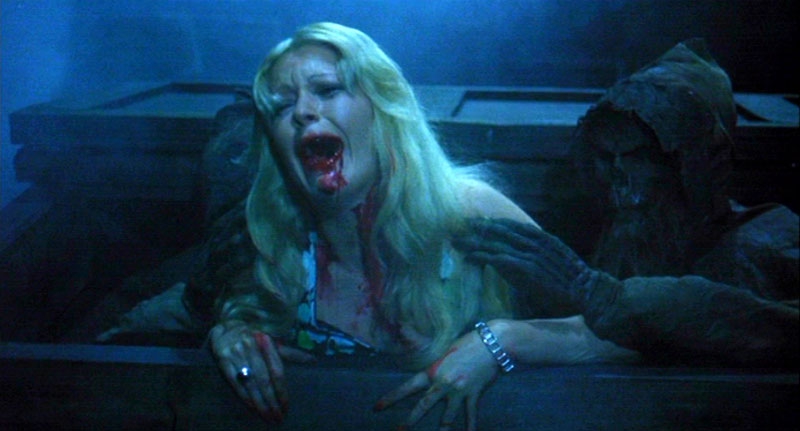 While the undead knights eventually take their pound of flesh (via a gnarly decapitation, among other visceral horrors), this is the most phantasmal and existentially terrifying entry in the franchise because it whisks its characters and the audience off into a phantom dimension, where the fog never relents and the dead creep with insidious intent. Despite this being the third outing for the Blind Dead, de Ossorio's mythology remains haunting and elemental, the stuff of a truly chilling ghost story. 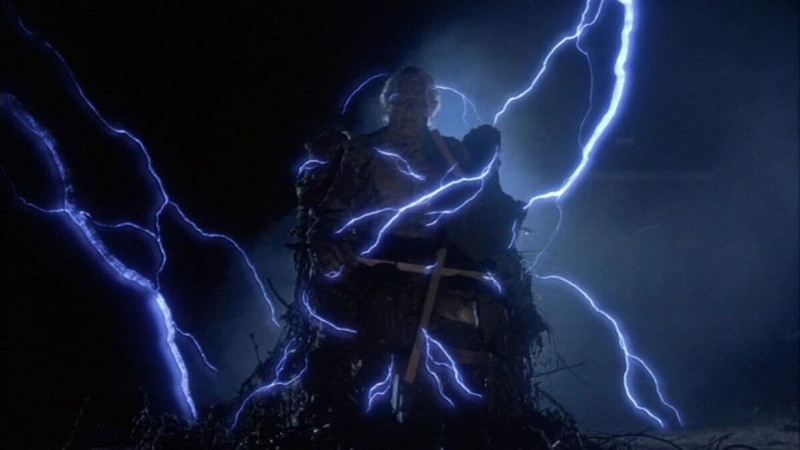 For whatever reason, the late-'80s churned out a slew of movies involving convicts returning from the beyond after being fried in an electric chair. One of the best of the bunch is Renny Harlin's Prison, which exploits the premise for a gory Empire Pictures extravaganza. When Warden Ethan Sharpe (Lane Smith) returns to the abandoned, decaying Creedmore Prison where he served 30 years earlier, the ghosts of his sordid past are waiting for him when the spirit of a wrongfully-executed prisoner (eventually brought to life by Kane Hodder) reanimates and terrorizes the new inhabitants. 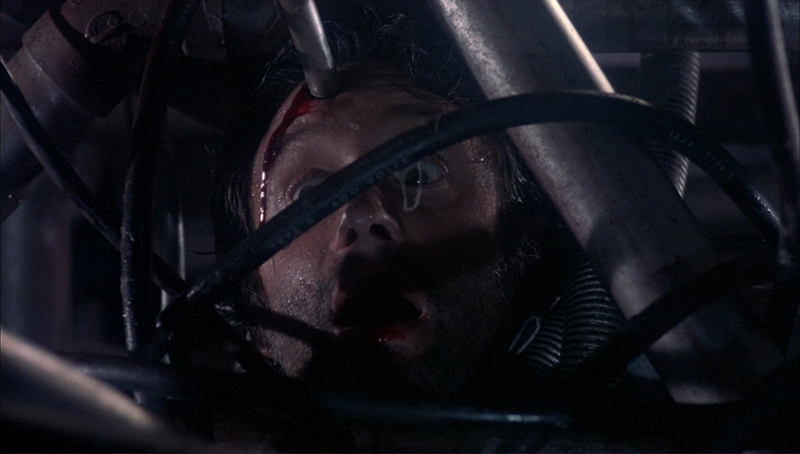 A young Viggo Mortensen leads a murderer's row of character actors (Tom Everett, Tiny Lister, Lincoln Kilpatrick) through the delightfully macabre carnage, as the dead prisoner's spirit warps Creedmore into a gritty, industrial crucible of horror, where everything from barbed wire to machine gun turrets dispatch the inmates and staff. Like so much of its Empire Pictures brethren, Prison is an unrepentantly schlocky blast, and Harlin understands the assignment. He masterfully orchestrates the splatter movie theatrics, capturing the impressive, grotesque effects in all of their twisted glory, making it obvious that Prison put the action movie dynamo on New Line Cinema's radar to direct A Nightmare on Elm Street 4 the following year. 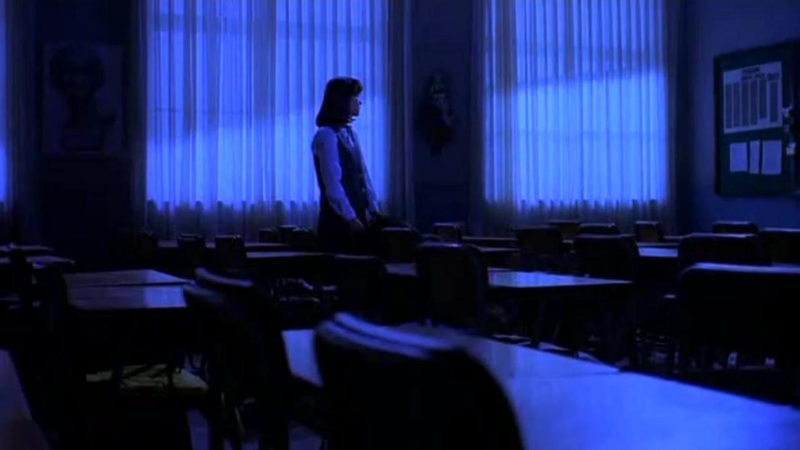 Jookran High School for Girls is haunted in two respects in Park Ki-hyung's first entry into this long-running South Korean horror series. There is, of course, a vengeful spirit lurking in its halls, intoning both the faculty and students to commit self-harm. However, some of the domineering faculty are terrors in their own right, subjecting the students to verbal and physical abuse as they reckon with the supernatural violence that's haunting their senior year. When former student Hur Eun-young (Lee Mi-yeon) returns to the school as a teacher, she begins to suspect the ghost's presence is connected to her friend's tragic passing a decade earlier. 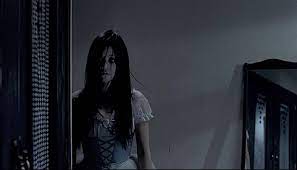 An oppressively atmospheric ghost story, Whispering Corridors is quietly unnerving. Its violent shocks often punctuate the creeping sense of dread that looms over a facility that just looks and feels like bad news. It's an eerily cavernous building with an abandoned wing that's been left to rot. Naturally, a group of outcast students gravitate toward it and force its sordid secrets to the surface for a climax that's as heartbreaking as it is chilling in its suggestion that institutionalized violence can't be exorcised. Whispering Corridors has often dwelled in the shadows of this era's other notable Asian horror fare, but its sharp observations about its country's rigid, suffocating education system make the case that its name should be whispered in that hallowed canon. 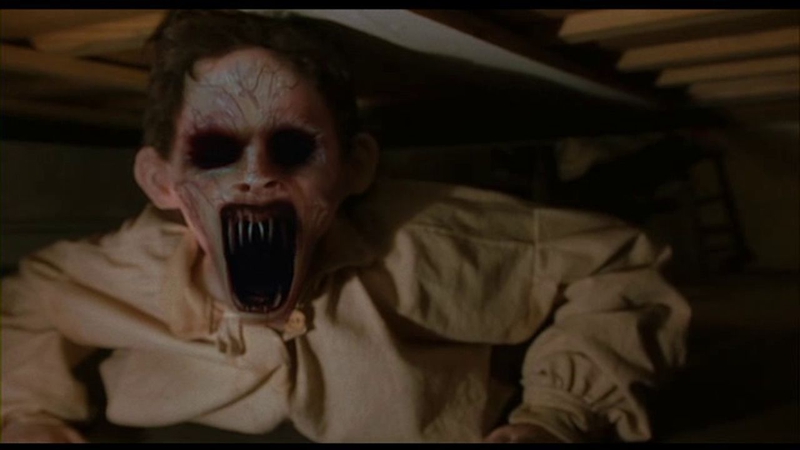 If we're invoking the word "haint," which has historically been a southern-fried phrase to describe angry spirits and ghosts, then it's only fair that we go to the source with Alex Turner's Dead Birds. Set in Alabama during the Civil War, it features a pack of Confederate deserters robbing a bank for its gold before hiding out in a plantation so far off the beaten path that some of the locals insist it doesn't even exist. An ominous scarecrow—which looks far too human—isn't enough to ward off the soldiers, who take refuge in the creepy, abandoned old farmhouse, completely unaware of the hell-raising it once hosted. 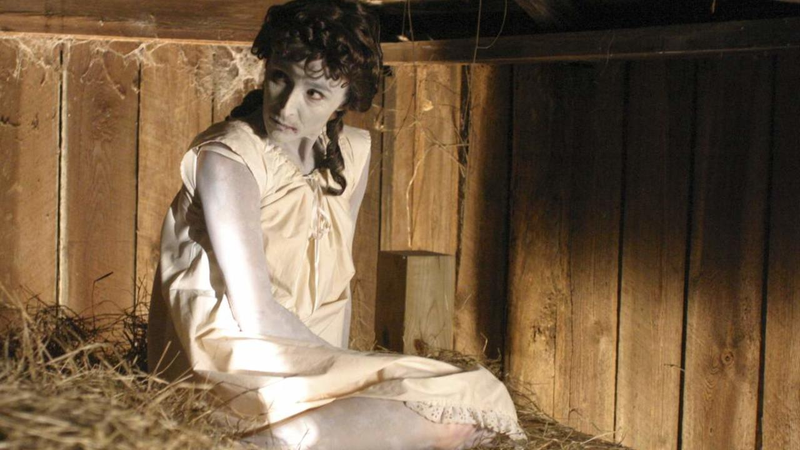 They find out about it soon enough when an assortment of haunted house parlor tricks (whispering voices, spectral visions, grotesque, skinless beasts) makes it abundantly clear that sinister forces occupy the house, the remnants of an occult history of flayed flesh and conjured spirits. Sporting a marvelous cast of doomed souls (Nicki Aycox, Mark Boone Junior, Patrick Fugit, Michael Shannon, Henry Thomas, and Isaiah Washington), spooky atmospherics, and rad gore outbursts, Dead Birds is a funhouse freak-out courtesy of writer Simon Barrett. His script paints the dusty Western trail red and haunts it with otherworldly ghosts and goblins whose disturbed souls will forever lurk within the imposing cornfields that cloak this house of horrors.