Get In, We're Going To Scotland For This Exclusive SHEPHERD Clip

A widower seeks solitude on a remote Scottish island in this upcoming supernatural horror-thriller. 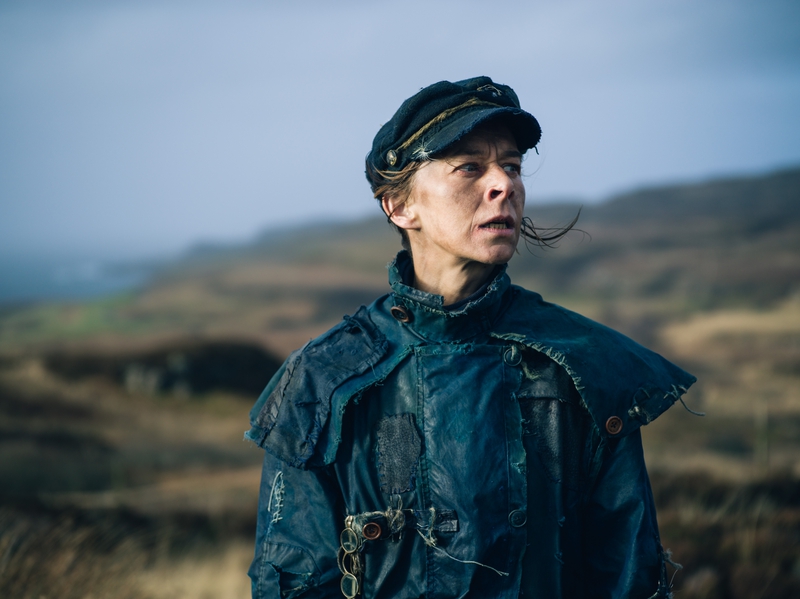 We have some bleak, foreboding Scotland-based horror coming our way later this month in the form of Shepherd. Written and directed by Russell Owen (Inmate Zero), the story follows widower Eric Black, as he seeks solitude as a shepherd on a remote Scottish island, tormented by his wife's recent death. As the desolation closes in on him, he begins to see terrifying visions and is pushed to the brink of madness. Described as a "stylish, supernatural horror-thriller" starring Tom Hughes (Victoria, Cemetery Junction) and Emmy winner Greta Scacci (The Terror, War & Peace, Rasputin).

Take a look at the exclusive Shepherd clip below, dripping in barrels of anxiety-inducing dread. And whatever you do... don't turn around— I don't want you seeing me cry — or that terrifying entity that just manifested out of nowhere.

Writer/director Russell Owen says The Shepherd is "Based on several Welsh ghost stories I heard growing up (including the Smalls Lighthouse story, the same story to inspire Robert Eggers The Lighthouse, filming at the same time and which I couldn’t believe he’d heard!) the script developed through different drafts, collecting experiences I had gone through over the years, including losing friends to depression."

Saban Films will release the thriller/horror film Shepherd in Theaters on May 6th and on-demand and digital on May 10th.