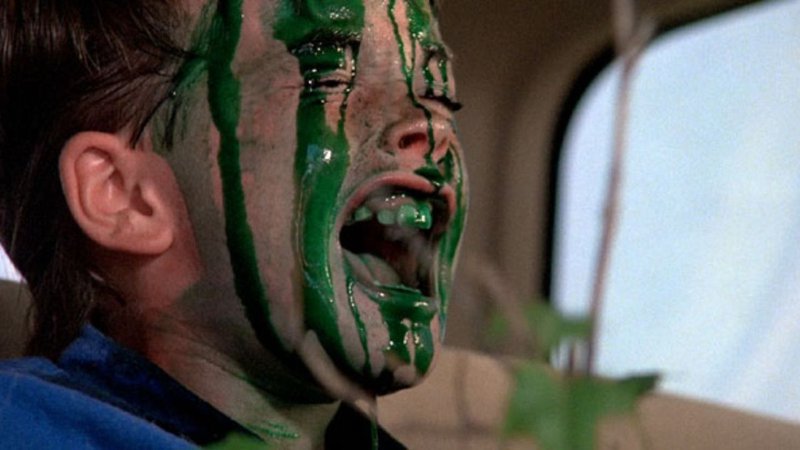 Editor's Note: This was originally published for FANGORIA on May 14, 2010, and we're proud to share it as part of The Gingold Files.

By now, plenty of fans out there have seen the cult-fave schlocker Troll 2 numerous times. But probably no one has viewed it more than its star, George Hardy, who’s also the centerpiece of Best Worst Movie, the documentary about Troll 2’s fervent following and its impact on those involved.

Directed by Michael Stephenson, who starred in Troll 2 at age 10, Best Worst Movie follows him, Hardy and a growing number of their co-stars to revival screenings of the Claudio Fragasso-directed not-really-a-sequel across the country (see review here). https://www.fangoria.com/original/best-worst-movie-review/ “The resurgence of this whole thing was in April 2006, so we’re looking at just a little over four years, going on a fifth,” Hardy tells Fango. “I’ve seen each film so many times now. It’s fun. I don’t sit through all of Troll 2 each time since I’ve seen it too much, but I like to sit in during the first five or 10 minutes to see how the audience is going to react to some of the lines. I know which ones are funny in both movies now, but you don’t know what the audience is going to do.”

Certain portions of Hardy’s Troll 2 dialogue—most notably the infamous “You can’t piss on hospitality—I won’t allow it!”—have become catchphrases, and the dentist-turned-one-time-actor’s ever-friendly demeanor has made him a hit with the crowds who have caught Best Worst Movie at its many festival dates over the past year or so. He has gone on record a number of times about his cringing reaction upon initially seeing Troll 2—but how did he react to watching himself in Best Worst Movie for the first time? “I was quite nervous, knowing I was the main subject,” he recalls. “Because out of the 500 hours or so of footage [shot], probably half of it was a camera on me. So I was concerned, but I just threw myself out there, and saw it at the premiere at South by Southwest. I was overwhelmed in a lot of respects—I had developed bronchitis, my body was definitely falling into resistance about some of the things in the film, with a lot of worry about my ego.

“Then, during the first five minutes, I relaxed and thought, ‘You know what? It’s done. There ain’t nothing I can do about this movie, whether it’s good or bad.’ The early reviews were coming out, and they were great, great, great—positive reactions everywhere. So I just sat in the audience and said to myself, ‘Take me or leave me, this is who I am.’ And once I relaxed into it, I could enjoy the documentary a lot more, and I was just thrilled. I was deeply moved. It’s very funny, very layered and an incredible film.”

And it has extended Hardy’s unexpected celebrity further than he thought possible. “When you go through the storybook of Best Worst Movie, the first third was making it, the second third was going to the film festivals, and the third is the theatrical release,” he says. “Well, then it’ll go onto disc and TV, I forgot about that—but I felt like it was getting to the end, at least for us. But a couple of weeks ago, when [the general release began] in Austin, there was a 20- or 30-minute line of people to get my autograph after seeing Best Worst Movie. In a regular theater, not at a festival. It was so surreal to me. I felt, ‘They’re all asking me to sign things and they don’t really know me—but then they do know me because my life has been documented in front of them; this is really, really strange.’ It’s a hard feeling to express about what it’s like when you’re the main subject of a documentary. It’s not an ego thing; it’s just like, is this real? Did we really move people’s hearts to have them wait in line to have me sign an autograph for them, or take a picture with me?”

That attention will likely continue as Best Worst Movie makes its way across the U.S.—and then, there’s another potential fourth chapter in the offing: The closing credits make reference to Fragasso and his wife, screenwriter Rossella Drudi, developing Troll 2—Part 2. “Everybody asks about that,” Hardy laughs. “I understand Rossella has Troll 2—Part 2 or Troll 3 or whatever you want to call it ready to go for whoever wants to give them the money to make it. Why not? Life’s too short not to do it.” While he has heard that the script contains parts for the previous movie’s cast, “I believe that this time, instead of a boy [in the lead] like Michael was, she wants it to be a girl this time.”

While Hardy has been approached about acting in other movies since Troll 2’s resurgence, he has only appeared in one so far—and he cautions not to regard it as an official credit. “I wish I could tell the world about this, because people are taking it so seriously,” he says of the indie feature Street Team Massacre. “I did that shoot with a bunch of kids one day, and they used images of me all throughout their movie. I read for them for about five minutes off a piece of paper in a park one afternoon, just for the fun of it—and so they could put George Hardy in their project, which I thought was crazy in the first place! Michael was documenting that for Best Worst Movie, to show that I would read for another movie. I had no intent at all to even be in that film, or to do any other film, and then it got on the IMDb and everything. And I was like, ‘Oh my God—that wasn’t really something I wanted to do, I just did it for the documentary.’ I didn’t even know it was going to be a real movie; I thought it was a student project. I didn’t sign any papers or anything; they just gave me the script and I did it.”

Nonetheless, even though he’s still got his successful dentistry practice, the whole Troll 2/Best Worst Movie experience has left him with a hankering to stay in show business—just a different side of it. “I think I would love to be a talk-show host or something like that,” he reveals. “Interview people, do spontaneous stuff, whatever comes to mind.”